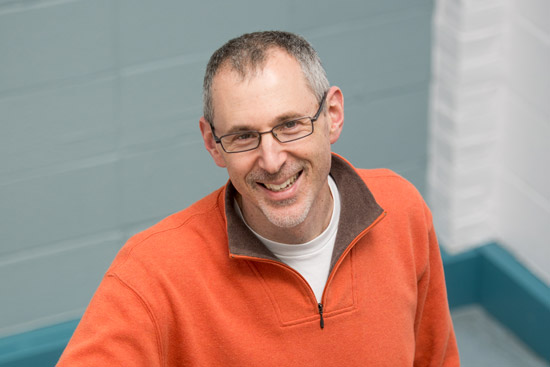 If you want to buy milk, Austin Frakt says, you could check prices at Shaw’s and Costco. Gas? Compare different stations’ prices at the pump. In both cases, the sellers charge every buyer the same price, allowing buyers to look for the best deals.

Not so with medicine, says Frakt, a School of Public Health associate professor of health law, policy, and management. Hospitals negotiate different prices with different insurance plans for their services, making price comparisons difficult, if not impossible. That, he says, is one of many reasons that US per capita health spending is among the highest in the world.

Some health-care experts advocate moving the United States to a single-payer system—made famous by Bernie Sanders’ presidential campaign—where the government pays all health bills, and consequently has the clout to set prices from hospitals and other providers. Frakt offers another, less often considered, possibility. It’s called all-payer care, and it would require hospitals to charge the same price for each service to every payer, forcing them to compete with other hospitals on price.

Maryland has reduced its health-care spending with such a system, and Germany has as similar system. Could it work nationally in this country? BU Today asked Frakt, who is also director of the VA Boston Healthcare System’s Partnered Evidence-Based Policy Resource Center and teaches at Harvard’s T. H. Chan School of Public Health. He is coeditor in chief of the Incidental Economist blog and contributes to the New York Times “Upshot” column.

BU Today: Why are our prices for treatments and drugs so much more expensive than the rest of the world’s?

Frakt: Other countries have price controls. Many governments don’t allow prices to be as high as they can be in the United States. We have public programs that put the cap on prices, but in the private sector, it’s all done through private negotiation. We’re willing to pay a lot for health care, so prices keep going up. 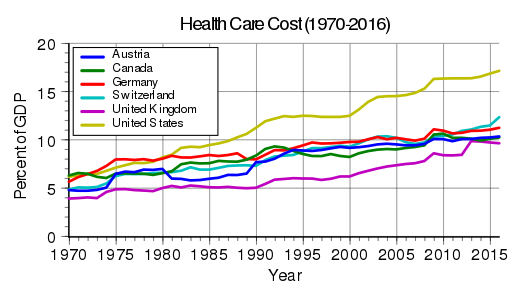 Medical care consumes a bigger chunk of the economy in the United States than in other countries. Source: Organization for Economic Cooperation and Development

Which is more likely to be adopted in the United States, all-payer or single-payer?

At a national level, neither. But it’s worth looking at the state level. No states have ever had single-payer. Maryland, Massachusetts, New York, a few others have had all-payer rates. So all-payer rate setting is far more likely to occur in states than single-payer, but both are still a heavy lift.

Hospitals are powerful organizations. They wouldn’t want this; they benefit from being able to charge different prices to different insurers. They absolutely will characterize it as: This is government coming in and meddling with the market and getting in between you and your health-care provider.

It would be nice to see some variations on this theme across different states. Maybe some will prove to be more successful than others and therefore be expanded and adopted elsewhere. I also think we shouldn’t overlook the innovation that’s happening in Medicare. Medicare started as a single-payer program. It now has Medicare Advantage—a lot of private companies that provide the Medicare benefit. Medicare works pretty well. Medicare Advantage is growing like gangbusters. It’s very popular.

Can you envision, in our lifetime, that American health care might become more in line price-wise with the rest of the world?
It depends on how long I live. I think it’s likely that we’re going to see slower growth in health-care costs than we have in the past. We’ve already been seeing it since earlier in the 2000s. The Affordable Care Act put on us on a pretty reasonable trajectory. What it needs is care and feeding. What it’s getting is sabotage and attacking.

The thing that makes single-payer expensive is not the single-payer part—it’s the universal coverage part. And then taxes have to go up. But when you net it against what people are already spending on health care, it’s not more expensive. All-payer rate setting is not necessarily a universal coverage approach. It’s just how you establish prices for people who are covered.

Do the high prices we pay deserve some credit for American medical innovation?

There’s no question in my mind that the more lucrative the market is for anything, it is going to bring innovation in that market. People are going to invest to try to capture that profit. Studies show that the additional spending in the US health system does generate innovation that we enjoy and is enjoyed worldwide, because these technologies just spread around the globe.

There’s a trade-off. If we clamp down on spending, there will be less innovation. Maybe we can’t afford the rate of innovation we’re paying for right now. I think there’s a limit to how much we can spend on health care. There are some conditions for which the innovations won’t happen, or they won’t happen as fast.

Don’t other countries spend less than we do and have better health? Is that because they’re leeching off our medical innovations?

There’s some of that. Their populations are absolutely benefiting from innovations that are driven by US spending. The better outcomes seen elsewhere also could be due to the organization of the health system. They could be due to the greater social services that are provided in other countries. We know that income, education, nutrition, housing—all these things matter for health, and other countries provide more support for lower-income people than we do in the United States. It isn’t just the health system, as we think of it, that contributes to these things.

You’ve Heard of Single-Payer. What about All-Payer Health Care?

There is 1 comment on You’ve Heard of Single-Payer. What about All-Payer Health Care?

You’ve Heard of Single-Payer. What about All-Payer Health Care?
1
share this