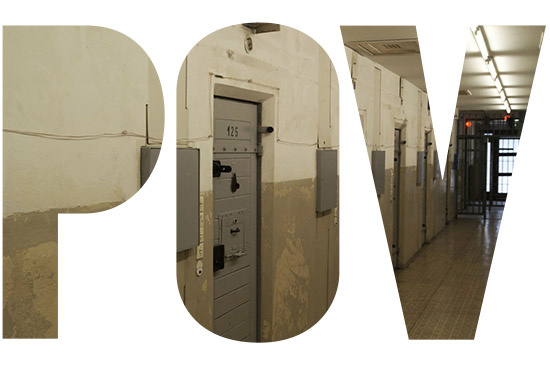 Recent media attention has highlighted the widespread use and detrimental effects of long-term solitary confinement in the United States. Often referred to as isolation or segregation, it’s a form of imprisonment where an inmate is isolated from the general population, typically for 22 hours or more a day. The national spotlight on solitary confinement has resulted in numerous federal and state policy reforms. In 2016, his last year in office, President Obama led the way to reforming the federal prison system, stating, “The overuse of this tactic doesn’t make us safer—it’s an affront to our common humanity.” Although it is difficult to predict whether the Trump administration will continue this progress or roll back reforms, it is clear that there is momentum around the nation to address these issues and reduce reliance on segregation.

Current Massachusetts laws permit the Department of Correction (DOC) commissioner to transfer inmates to a segregation unit for any duration of time, ranging from days to decades. Disciplinary isolation is used if inmates pose a substantial threat to the safety of others, of damaging or destroying property, or to the operation of a facility. Inmates can also be placed in segregation units for nondisciplinary reasons—for example, to protect an inmate from rape or danger.

In 2015, the DOC reported that only one percent of the state prison population was housed in segregation units, and of those, 24 percent were serving sentences for murder, indicating that segregated inmates are dangerous and should be isolated. However, the lack of legislatively mandated reporting on solitary confinement has allowed very limited data to be available to evaluate the practice. Information about the number of prisoners, those with contraindicated mental health diagnoses, and even attempted suicides, are not routinely reported publicly.

This is especially disturbing considering Massachusetts prisons have one of the highest suicide rates in the nation. According to the Bureau of Justice Statistics, 30 of every 100,000 inmates die from suicide in the state, compared to a national average of 16 per 100,000. This issue received much attention following the suicide of former NFL player Aaron Hernandez at the Souza-Baranowski Correctional Center in Shirley, Mass., last April.

Even without reliable data within the state, the devastating and lasting effects of solitary confinement have been extensively documented. Isolation can cause severe psychological damage, hallucinations, paranoia, depression, anxiety, and an increased risk of suicide. Cases of inmates with serious mental health problems serving lengthy terms in isolation have surfaced, indicating that the state is disproportionately isolating individuals with mental illness (an estimated 30 percent of the total prison population).

In addition to the health and social costs, the unduly harsh laws have had major fiscal implications. Segregation results in higher staff demands, as services have to be provided individually. The state spends an estimated $100,000 to $170,000 annually for each inmate in segregation, compared to the $50,000 it costs for an inmate in a regular cellblock. Limited resources and lack of rehabilitative services mean many inmates complete their sentences in isolation. After months of virtually no human contact, individuals face difficulty reentering communities. Prisoners released from solitary are more likely to reoffend, with recidivism rates 35 percent higher than those released from the general prison system. This costs the state and taxpayers hundreds of thousands of dollars. Solitary confinement is expensive, harmful, and bad for both prison safety and public safety.

In the last few months, there has been some progress with respect to solitary confinement in Massachusetts. Two bills, one approved by the House of Representatives and one by the Senate, offer hope that after years of being stuck in the status quo, the state may be moving to protect inmates. The recently approved House criminal justice reform bill (H.4043) was followed by one passed by the Senate (S.2200).

In the House version (H.4043), segregation is restricted to 15 days at a time, and inmates cannot be placed in segregation more than six times, or 120 days total, in a given year without the approval of the administrative and disciplinary segregation review board. It also addresses the conditions of the segregated unit, creates data reporting requirements, and ensures that inmates with an anticipated release date within 120 days are not housed in segregation units. As for the Senate version (S.2200), it completely restructures segregation practices; the bill includes language stating that prisoners isolated for safety are not being punished, adds requirements for improved programming for those in restrictive housing, and provides special protection for inmates who identify as LGBTQ or have mental health diagnoses. I believe that both versions address critical components of reform: limiting overuse of solitary, protecting vulnerable groups, and ending long punitive sanctions.

Currently, State Senator William Brownsberger, the chairman of the Joint Committee on the Judiciary, is leading House and Senate lawmakers to create a compromise version of both bills, with the aim of sending a reconciled version to Republican Governor Charlie Baker for consideration. Although there is overwhelming bipartisan support, it is difficult to predict whether the governor will approve the compromise bill or what the timeline for such action will be. Regardless, it is important to commend the state’s efforts in reforming this unethical practice and moving towards a future of hope, redemption, and rehabilitation for those incarcerated in Massachusetts.

Aldina Mesic (SPH’18) can be reached at amesic@bu.edu.