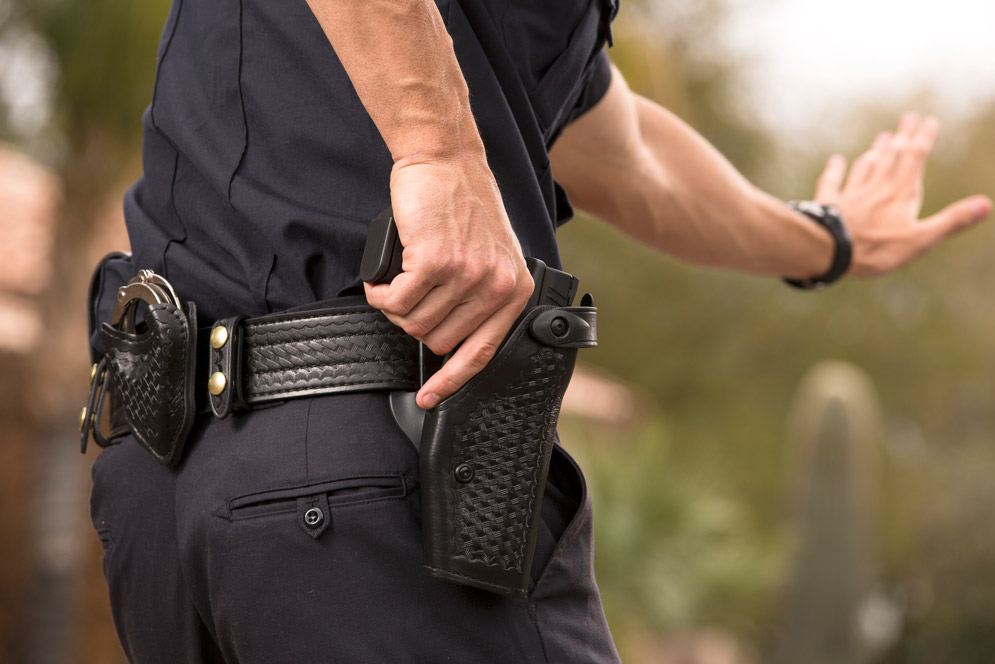 The deaths of unarmed black men at the hands of police are also harming the mental health of the wider black community, according to a new study coled by an SPH researcher. Photo by inhauscreative/iStock

Most people are aware of the fact that black Americans are nearly three times more likely to be killed by police than their white counterparts, and that the figure is even larger between black and white Americans if they are unarmed.

But what has not been known is that these deaths are also harming the mental health of the wider black community, according to a new study coled by Jacob Bor, a School of Public Health researcher.

“Addressing this problem will require interventions to reduce the prevalence of police killings as well as programs that mitigate the adverse mental health effects in communities when these events occur,” says Bor, an SPH assistant professor of global health. “More broadly, the findings indicate that events widely perceived to reflect structural racism can cause significant harm to the mental health of black Americans. Efforts to reduce health disparities should explicitly target structural racism.”

Structural racism is described as policies, laws, practices, and other norms entrenched in institutions that can harm a certain racial group and perpetuate racial inequities.

The researchers combined newly released data on police killings between 2013 and 2016 from the Mapping Police Violence Project database with data from the Centers for Disease Control and Prevention’s Behavioral Risk Factor Surveillance System (BRFSS) of more than 103,000 black Americans. BRFSS is a nationally representative, telephone-based, random-digit dial survey of adults ages 18 years and older.

The researchers looked at the nearly 40,000 black Americans who were interviewed by BRFSS within three months following at least one death of a black American at the hands of police in their state.

The primary exposure was the number of police killings of unarmed black Americans occurring in the three months before the person was surveyed. Exposure included word of mouth and news stories in print, radio, television, and/or social media. To measure mental health outcomes, the researchers asked respondents: “Now thinking about your mental health, which includes stress, depression, and problems with emotions, for how many days during the past 30 days was your mental health not good?”

“The effects are likely even larger than what we estimated,” says another lead study author, Atheendar S. Venkataramani, a University of Pennsylvania Perelman School of Medicine assistant professor of medical ethics and health policy. He points to the fact that more high-profile cases of police killings that grabbed national media attention could have exerted mental health effects among black Americans living in other states, as well.

An important point to note is that the researchers saw no spillover mental health effects among white respondents, or among respondents of either race in response to police killings of unarmed whites or of armed black Americans.

This striking specificity points to the importance of structural racism as a key mechanism underlying the study findings, and a driver of population health more generally, according to the authors, who wrote: “[P]olice killings of unarmed black Americans are perceived by many as manifestations of structural racism and as implicit signals of the lower value placed on black lives by law enforcement and legal institutions—as well as by society at large.”

The other coauthors of the study were David R. Williams of the Harvard T. H. Chan School of Public Health and Alexander C. Tsai of Massachusetts General Hospital.