Robert Pinsky launched the
Favorite Poem Project,
an effort to document the role of poetry in the lives of ordinary Americans, in 1997. The College of Arts & Sciences professor was then serving the first of his unprecedented three terms as US poet laureate. The project invited citizens of all ages and backgrounds to share their favorite poem on video and talk about its significance in their lives. A yearlong open call drew letters and emails from 18,000 people, and 50 were selected for the project. In the intervening decades, the project, now based at BU, has remained active, holding annual public readings and producing new videos intermittently.

Last year, to celebrate the kick-off of the Favorite Poem Project’s 20th anniversary, Pinsky, a William Fairfield Warren Distinguished Professor, partnered with BU Today to invite BU students, professors, staff, and alumni to share their favorite poems in a new set of videos.

So over the past year, videos of five members of the BU community reading their favorite poem and talking about its significance in their lives were shot. They range from a computer scientist talking about his love of a particular Robert Frost poem to a BU hockey legend reading aloud a treasured poem by Walt Whitman. Have a look.

Filmmaker Mary Jane Doherty came to poetry rather late. “About 10 years ago I realized—it’s like leaving your wallet somewhere—I forgot to learn poetry. So it was a radical catching up,” she says. Doherty thinks many people—like her—shy away from poetry because they believe you have to know so much to understand it. What she’s discovered is that “it’s not for arcane academics, it’s for all of us. A really great poem reaches you on so many levels, and even the dummies like me can fall in love.”

Today, Doherty has a handful of poems committed to memory, which she recites to herself on what she calls her weekly “constitutionals” around Boston. Walking is both a physical and a mental exercise for her: “Keeping the portholes open, eyes and ears, that’s what’s so critical to being a filmmaker. You have got to be observant. Wallace Stevens walked to work every single day. Every single day he noticed something new.” The poems keep her company along the way. “They provide the rhythm. Sometimes I say them wrong, but I say them according to the dance.”

Next Poem: “Said the Poet to the Analyst,” by Anne Sexton 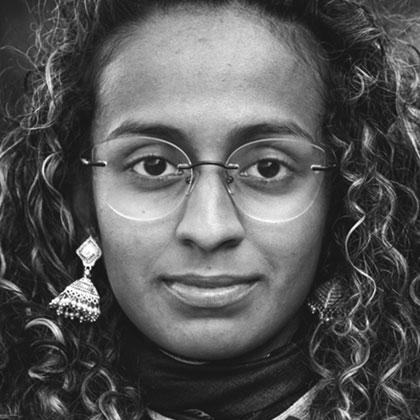 “ This poem gave me the words to describe how I was feeling. ”

“Said the
Poet to the
Analyst”

Growing up in Mumbai, India, Jahnavi De Sousa (CAS’19) found it difficult to talk about her anxiety and depression. “Back home,” she says, “mental health is not really recognized. If you’re feeling depressed, people will tell you it’s because you’re not working hard enough, you’re shirking your responsibilities.”

On moving to the United States, De Sousa found herself in a culture that was much more willing to discuss mental health issues, but she still struggled to find the words to describe her feelings. She found comfort in the words others had used about their struggles with mental health, and one of the places she found them was in Anne Sexton’s poem “Said the Poet to the Analyst.”

“This poem gave me the words to describe how I was feeling,” says De Sousa. “You could address this to a partner, or a parent, or a professor. Anyone who you were having an issue communicating with regarding the way you feel.”

Next Poem: Oh Captain! My Captain! 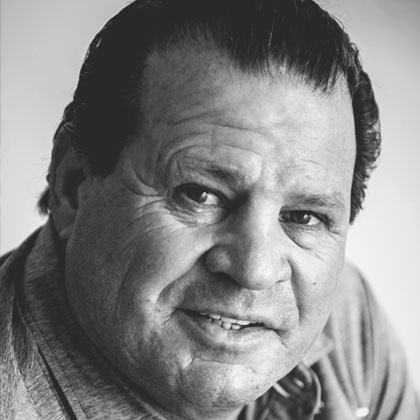 “ The only poem I know anything about is ‘O Captain! My Captain!’ ”

Mike Eruzione is one of BU’s most famous Terriers: he captained the gold-medal-winning US Olympic hockey team that defeated the Russians at Lake Placid in 1982 to get to the medal game. That victory inspired the 2004 Hollywood movie Miracle.

“The only poem I know anything about is ‘O Captain! My Captain!’ and it has nothing to do with me as captain of an Olympic team,” Eruzione says. His father used to recite the poem, about the death of Abraham Lincoln, at family gatherings when Eruzione was growing up. “My father would dramatize the whole thing. All the kids were there, and we would all love it. Those are just great memories of everyone being together.”

Next Poem: “One Art” by Elizabeth Bishop 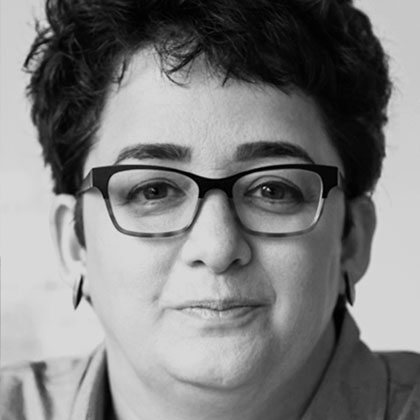 “ …underneath, there is a gush of emotions and a drama that doesn’t come to the surface. And I like that tension… ”

Astrophysicist Merav Opher discovered Elizabeth Bishop’s most famous poem, “One Art,” in the pages of her local newspaper, Folha de São Paulo, while growing up in Brazil. “At that time I had no idea that she had visited Brazil, that she had a Brazilian lover,” Opher says.

Reading Bishop’s masterpiece today, she says, she can feel the tension between the author’s New England roots and the extremely expressive culture she encountered living in Brazil. “The struggle that Bishop would have had is very familiar to me,” she says. “You see this culture that’s lush and emotional, but you’re not.”

Opher says she’s drawn to the poem’s complexity. Bishop “writes poetry that sounds at first glance very accessible and very friendly, like she’s sitting with you and having a cup of coffee,” she says. “But then underneath, there is a gush of emotions and a drama that doesn’t come to the surface. And I like that tension, because you can really feel it.”

Next Poem: “For Once, Then, Something” by Robert Frost 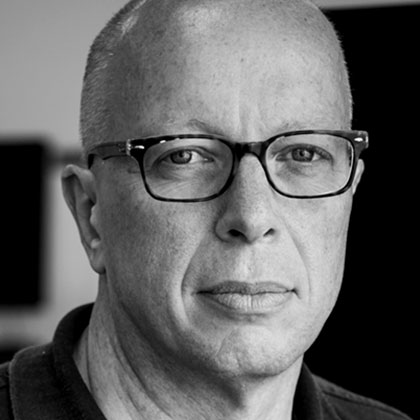 “ As I progressed in my career as a researcher, this poem just started to really resonate with me. ”

“For Once,
Then,
Something”

Like the rest of us, computer scientist Mark Crovella searches the internet looking for answers. But unlike many of us, Crovella isn’t googling cat pictures; he’s using advanced computational techniques to try to figure out how the internet works. “You would think we’d understand how it works,” he says. “After all, we human beings built it. But it’s actually a mystery to many people why it does what it does.”

Crovella discovered the Robert Frost poem “For Once, Then, Something” as a high school senior and loved it. But it took on a deeper meaning as he embarked on a career in science. “As I progressed in my career as a researcher, this poem just started to really resonate with me,” he says. He sees the poem’s image of a man “kneeling at well curbs” trying to see something that keeps eluding him as an apt metaphor for the process of scientific discovery. “I think that’s a great way to describe the underlying curiosity that drives researchers,” he says. “And I try to encourage kneeling at well curbs as a way to instill in students that drive to follow your curiosity.”

Next Poem: “The Snow Man” by Wallace Stevens 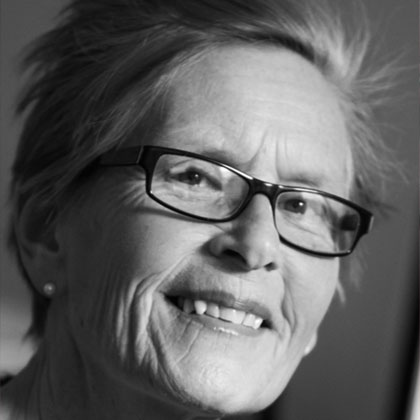 “A really great poem reaches you on so many levels, and even the dummies like me can fall in love. ”