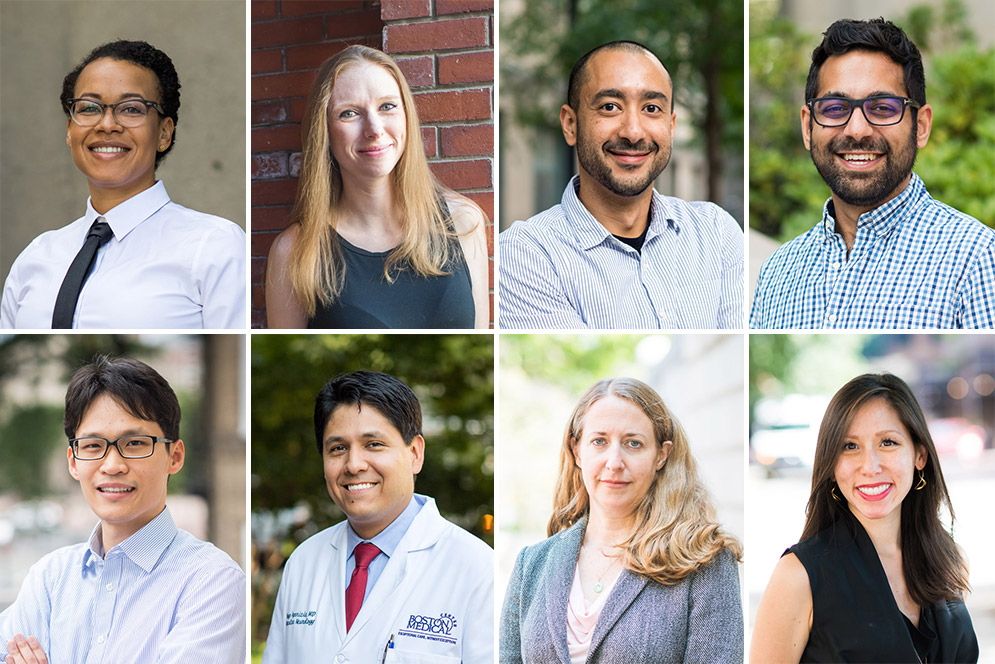 Now an associate professor in the School of Law, Pedro will continue her work exploring the ways judicial incentives and the design of the court system affect marginalized groups, thanks to a recent honor. Pedro has been chosen to receive a Peter Paul Career Development Professorship, an annual award that includes funding to support the work of promising young academics. “This is really unheard of, especially for junior faculty,” says Pedro, a Harvard Law School graduate. “I am through the roof, really thrilled and excited. This support will allow us to do a more robust inquiry.”

Over the next several years, Pedro expects to publish a series of articles, growing out of her Yale dissertation, systematizing the study of civil procedure, exploring how judges make procedural decisions and how procedural law develops. She says it is work that is inspired by her experience working as a litigator representing same-sex couples who wanted to get married in New Jersey.

“We are extremely proud of this year’s class of Career Development Professors,” says Jean Morrison, University provost and chief academic officer. “Whether advancing our understanding of law and culture, bridging disciplines to produce life-changing innovations in technology and medicine, or working to improve the quality of health coverage for our most vulnerable, all are making impressive strides and emerging as early leaders in their fields. They are doing very good work, and we are excited to support their progress.”

Five junior faculty have been selected to receive Peter Paul Career Development Professorships. Made possible through the support of BU trustee Peter Paul (Questrom’71), the professorships are given to outstanding junior faculty University-wide and provide funding to support research and scholarly or creative work for three years.

In addition to Pedro, this year’s Peter Paul Professorships go to Megan Cole, a School of Public Health assistant professor of health law, policy, and management, who studies healthcare coverage for Medicaid and safety-net populations, with a focus on how state and federal reform efforts affect the quality and equity for these groups; former Silicon Valley software developer Ahmed Ghappour, a LAW associate professor of law and an expert in the modern surveillance state and cybersecurity; Victor Kumar, a College of Arts & Sciences assistant professor of philosophy, whose research interests include ethics, moral philosophy, and psychology and who recently launched an interdisciplinary Mind and Morality Lab in the philosophy department to explore ethics questions; and Charlene Ong, a School of Medicine assistant professor of neurology, who is working to create a personalized risk assessment for stroke patients through the development of a comprehensive diagnostic imaging tool using artificial intelligence.

“For the 795,000 persons every year who have a stroke, the mission is to prevent a recurrent event, which can have devastating consequences,” says Ong, who earned a medical degree at Columbia University and a master’s in population health sciences at Washington University. “By supporting young investigators, Boston University is supporting the future of research, and for that I am immensely grateful.”

Cole says her Peter Paul award, which will support her work studying healthcare outcomes for low-income populations, comes at a critical time. Some states, for example, are now requiring Medicaid enrollees to submit proof of hours worked and are implementing other requirements that may serve as a barrier to eligibility.

“It can be hard to keep up with this rapidly changing health policy landscape, where the administration is constantly making new decisions that have a huge impact on all populations, but especially among the most vulnerable,” says Cole, who holds a doctorate in health services research from Brown University and a master’s in health policy and administration from Yale University. “There are a number of directions I’m hoping to take this work.”

April Hughes, a College of Arts & Sciences assistant professor of religion, has been chosen for this year’s East Asia Studies Career Development Professorship, which provides a three-year award to support research and scholarly work to assistant professors in CAS, the College of Communication, the College of Fine Arts, and the Questrom School of Business whose research is specific to East Asia, particularly China and Taiwan. The fellowship is made possible by the support of an alumnus in Taiwan.

Hughes’ scholarship explores Buddhism and its relationship to rulership in medieval China. She uses history, politics, and art to understand religion within broader cultural and social contexts. She has been given rare access to the caves of Dunhuang in northwest China, which contain the world’s largest collection of Buddhist art. Fluent in classical Chinese, Hughes, who earned master’s degrees in East Asian studies and Asian studies at the University of California, Berkeley, and a PhD in religion at Princeton University, says the professorship will allow her to continue her work interpreting a cache of manuscripts found in the caves and exploring its murals, which depict futuristic and utopian Buddha images. She is currently working on a book, Personifying the Buddha: Politics, Gender, and Religion in Modern China.

“I need to see more, and this will help me do that,” she says.

The Aram V. Chobanian Assistant Professorship, created in 2015 and made possible by gifts in honor of BU President Emeritus Aram Chobanian (Hon.’06), offers a one-year award to a full-time assistant professor in the School of Medicine. This year’s recipient is Hugo Aparicio, an assistant professor of neurology, whose research focuses on the impact of lifestyle factors—namely body weight—on survival after a stroke. He earned a medical degree at the University of Pennsylvania and holds a master’s degree in public health from Harvard University.

Aparicio says he will use the professorship to continue his work to improve care for people living with dementia or the aftereffects of a stroke and to identify the vascular risk factors related to brain injury, aging, cognitive dysfunction, and the development of Alzheimer’s disease. He is an investigator with the Framingham Heart Study.

“Specifically, I’m interested in studying these topics about vascular health and contributions to cognitive decline potentially in more diverse populations or other racial and ethnic populations that are not as well represented in clinical trials,” Aparicio says.

The Peter J. Levine Career Development Professorship, established in 2015 by the College of Engineering in partnership with Peter Levine (ENG’83), supports rising junior faculty in the electrical and computer engineering department. Awardees are selected by the dean and receive a three-year stipend to support their work.

This year’s recipient is Wenchao Li, an assistant professor of electrical and computer engineering, whose Dependable Computing Laboratory studies how to make driverless cars and manufacturing robots safe and reliable.

“A lot of time goes into the science we want to advance,” says Li, whose master’s and PhD are from the University of California, Berkeley. “This award is going to free up time from writing grants and allow me to work on the research.”

The Career Development Professorship awardees will be honored tonight, Thursday, September 13, at a private dinner hosted by President Robert A. and Beverly Brown. They are being recognized for “their exceptional accomplishments in their areas of study, the passion they bring to the creation and transmission of knowledge, and their efforts to enhance the student experience,” Morrison says.