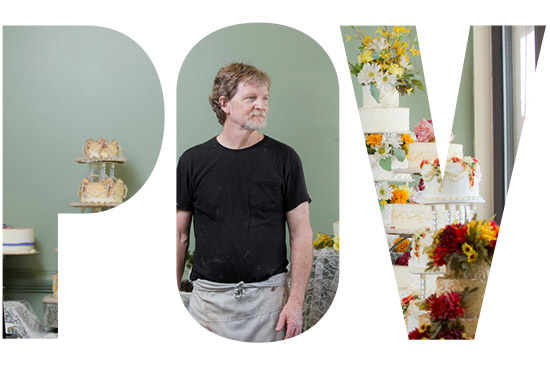 Phillips appealed the ruling by the Colorado Court of Appeals that he violated the public accommodations provision of the Colorado Antidiscrimination Act (CADA), which prohibits discrimination on the basis of sexual orientation, when, citing his religious beliefs about marriage, he declined to bake a cake to celebrate the wedding of Charlie Craig and David Mullins. The Colorado court held that denying Phillips an exemption from CADA did not violate his First Amendment rights. CADA, the court concluded, “creates a hospitable environment for all consumers,” which “prevents the economic and social balkanization prevalent when businesses decide to serve only their own ‘kind.’”

The baker argued that he did not discriminate against Craig and Mullins because of their sexual orientation: he would have been happy to sell them any other baked good in his store. Instead, he declined because designing a custom wedding cake for them would force him to “celebrate same-sex marriage” in violation of his conscience. He “seeks to live his life, pursue his profession, and craft his art consistently with his religious identity.”

Perhaps for strategic reasons, Phillips emphasized freedom of speech—freedom from compelled artistic expression—more than the free exercise of religion. The Supreme Court applies heightened scrutiny to restrictions on speech; by contrast, unless a law specifically targets or singles out religion, the court applies a lower standard of review when examining neutral laws of general applicability that have an incidental impact on religion. The US Department of Justice (DOJ), in an unusual move, supports this “compelled expression” argument.

At the oral argument, all eyes were on Justice Anthony Kennedy, the author of the court’s four landmark gay rights cases, including Obergefell v. Hodges (2015), in which the court held that the fundamental right to marry extended to same-sex couples. Masterpiece Cakeshop takes up unfinished business from Obergefell: what happens to religious liberty in a new era of marriage equality?

In their Obergefell dissents, Chief Justice John Roberts and Justice Samuel Alito contended that Kennedy’s majority opinion opened the door to restricting the religious liberty of those who believe that marriage is between one man and one woman. Alito pictured a future in which religious believers who cling to the traditional understanding of marriage could “whisper their thoughts [only] in the recesses of their homes,” but feared that “if they repeat those views in public, they will risk being labeled as bigots and treated as such by governments, employers, and schools.”

In Masterpiece Cakeshop, however, Phillips punctuated his arguments with quotations from Justice Kennedy’s majority opinion, for example, about not “disparag[ing]” the “decent and honorable religious or philosophical premises” of those who “sincere[ly]…deem same-sex marriage to be wrong” and about the First Amendment protecting religions and their adherents as they “seek to teach their principles.” Supporters of Phillips urged the court that a ruling against him would fail to realize Obergefell’s “laudable effort to promote tolerance and mutual respect in a pluralistic national community.”

It is always difficult to read tea leaves predicting how the court will rule in closely watched cases, but the oral argument suggested that concern for tolerance and mutual respect may prove key to Kennedy’s approach. Kennedy appeared troubled both by the efforts by Phillips to draw lines to carve out an exception from state antidiscrimination laws for compelled expression and by the lack of accommodation under CADA for Phillips.

With respect to the first concern: Justices Ruth Bader Ginsburg, Elena Kagan, and Sonia Sotomayor persistently questioned Phillips’ lawyer and the DOJ on what lines they asked the court to draw to protect creative expression. Why cake artists and florists, but not makeup artists or hair stylists? Why not tailors? Great chefs? Architects? Justice Stephen Breyer worried that any exception might swallow the rule, creating chaos and undermining all existing civil rights laws. Another concern was whether an exception would apply only to objections to same-sex marriage or also to objections to interracial marriage, interfaith marriage, or even to a message about the equality of women. (To this, counsel strained to distinguish the special case of race from all other cases.)

On the line-drawing point, Kennedy raised concerns that because so many examples of goods and services seemed to involve speech, “It means that there’s basically an ability to boycott gay marriage.” Wouldn’t allowing a merchant to put a sign in the window saying “We do not bake cakes for gay weddings” be “an affront to the gay community”?

On the other hand, Kennedy chided counsel for the Colorado Civil Rights Commission for its treatment of Phillips, admonishing that “tolerance is essential in a free society” and should be mutual. Colorado, however, “has been neither tolerant nor respectful of Mr. Phillips’ religious beliefs.” Kennedy questioned whether one of the commissioners expressed hostility to religion in commenting that it was a despicable piece of rhetoric to appeal to freedom of religion to justify discrimination, given the long history of such appeals. Kennedy also seemed sympathetic to the argument that public accommodations laws like CADA could exempt merchants like Phillips, so long as a gay couple could readily find the same good or service elsewhere (“we assume there were…other bakery shops that were available”).

What might mutual tolerance mean? A clue may be found in Kennedy’s concurring opinion in the Hobby Lobby case. Kennedy described the free exercise of religion as including not only the “freedom of belief,” but also “the right to express those beliefs and to establish one’s religious…self-definition in the political, civic, and economic life of our larger community.” At the same time, “mutual tolerance” requires respecting “the rights of others.” Tolerance requires that “no person may be restricted or demeaned by government in exercising his or her religion.” Yet such exercise may not “unduly restrict other persons…in protecting their own interests, interests the law deems compelling.”

When it added “sexual orientation” to its antidiscrimination law in 2008, Colorado signaled that protection against discrimination on that basis is a compelling interest, analogous to other forms of prohibited discrimination (such as on the basis of race and sex). Does it demean Phillips and his beliefs to require him to bake a custom wedding cake for a same-sex couple if he would do so for an opposite-sex one? Does tolerance require exempting him from doing so as long as other bakeries are readily available?

Human stories are at the core of this legal controversy, as are analogies to past civil rights battles. Phillips and his amici contended that an exception from public accommodation law for compelled creative expression would affect only a tiny number of business owners; it would save them from a forced choice between their livelihood and violating their conscience. Yet amici for Colorado and Craig and Mullins cautioned that LGBT people in the United States still face “recurring and pervasive discrimination” in the marketplace and never know when they might confront a denial of service. As with the landmark Civil Rights Act of 1964, dignity and equal participation are at stake, not simply dollars and cents or hamburgers—or wedding cakes. Some of the justices expressed concern, at oral argument, about how an exception would compound existing problems of denials of service by funeral homes, medical facilities, preschools, and even taxi drivers.

Whichever way Kennedy goes in this case, rhetoric about tolerance, dignity, and respect will likely be central. It is my own hope that his characteristic concern about dignity, in the court’s prior LGBT rights cases, will shape an outcome in Masterpiece Cakeshop that would not permit—in Kennedy’s words—a “boycott of same-sex marriage” by businesses open to the public or undermine the progress made by states in combating discrimination. I hope the justices will find persuasive the closing argument by counsel for Craig and Mullins (invoking a famous “free exercise” case authored by the late Justice Antonin Scalia) that, once you open the door to allow exceptions to public accommodations law—or other general regulations of conduct—whenever someone has a religious objection or speech objection, you enter “a world in which every [person] is a law unto himself.”

Linda McClain, a School of Law professor of law and the Paul M. Siskind Research Scholar, can be reached at lmcclain@bu.edu. She is the coauthor of Gay Rights and the Constitution (Foundation Press, 2016).

POV: SCOTUS Should Not Permit “Boycott of Same-Sex Marriage”

There are 13 comments on POV: SCOTUS Should Not Permit “Boycott of Same-Sex Marriage”

POV: SCOTUS Should Not Permit “Boycott of Same-Sex Marriage”
13
share this