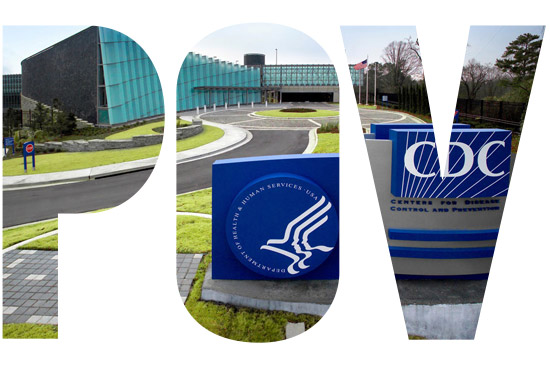 Last Friday, a Washington Post story reported that a directive was issued to the Centers for Disease Control and Prevention (CDC) by the Trump administration that bars the agency from using seven words and phrases in CDC budget materials and official documents. According to the report, the censored terminology was “fetus,” “transgender,” “diversity,” “vulnerable,” “entitlement,” “evidence-based,” and “science-based.” In a somewhat Orwellian twist, the CDC has apparently been told that an acceptable option for describing evidence or science-based information could read as follows: “The CDC bases its recommendations on science in consideration with community standards and wishes.” It may be worth remembering that at times in world history community standards and wishes shared the consensus that the Earth was flat.

Hearteningly, pushback in the wake of the report has been swift, with broad outcry across scientific fields, including a letter from the Association of Schools and Programs of Public Health to Mick Mulvaney, director of the White House Office of Management and Budget, objecting to censorship at the CDC. The Department of Health and Human Services has since downplayed the report, the day after its release, and Brenda Fitzgerald, CDC director, has tweeted her assurance that there are no banned words at the CDC. However, it speaks volumes about the Trump administration’s attitude towards science that even the possibility of censoring words, however “unofficial” it may have been, may ever have been raised at all.

Sadly, this action would be in line with the Trump administration’s previous moves to stifle science. Over the last year, federal agencies have repeatedly taken action to restrict scientific communication. For example, President Trump’s appointees have removed information on climate change from the Environmental Protection Agency website and stripped gender identity categories from public health surveys and other Department of Health and Human Services documents. This latest attempt by the Trump administration to erase language that can shape the ideas of public health is one further attempt at creating alternate realities that may limit our ability to improve health.

It feels redundant to even have to point out that the country will face a slippery and dangerous slope if we allow the value of science, data, and evidence to be diminished and instead focus on creating a “consensus” approach to facts. While science and human understanding may start from intuition, rigorous observation and testing are required to arrive at meaningful, accurate information. Public health organizations throughout the world rely on evidence-based data to prevent and treat disease, in areas ranging from maternal and child health to cardiovascular disease to infectious diseases.

By banning the words “transgender” or “vulnerable” from CDC materials, health officials lose the ability to accurately understand and assess the status of the HIV/AIDS epidemic or to prevent the contagion of sexually transmissible diseases or hepatitis. Tracking the Zika virus, which largely affects pregnant women, will be impossible if we cannot use the word “fetus.” Those who aim to harm minorities will also get a pass, if the hands of the CDC or the Department of Health and Human Services are tied by having to exclude certain words in their official surveys that provide the evidence we need to eliminate these scourges.

Words matter. The words we use frame our ideas, our hypotheses, and eventually our actions. The administration’s attempt to limit the words that public health can use is a backhanded way to hobble our science and our work to create healthy populations, restricting the CDC’s scope of action without targeting the actions themselves.

The specific words that were forbidden by this administration reflect a clear agenda to limit the core purpose of public health. Public health is fundamentally concerned with the conditions that create a healthier world. This means that public health must be about science and evidence, focusing on vulnerable populations and health disparities. It must be about safeguarding health throughout the life course, starting, yes, from the fetus, and on through old age and death.

It would be a pity if this happened because the Trump administration chose to censor what we say and how we think.

Elizabeth Sommers (SPH’89,’10) is a governing councilor of the American Public Health Association and a member of the School of Public Health Alumni Leadership Council. She can be reached at Elizabeth.Sommers@bmc.org.

Sandro Galea, School of Public Health dean and Robert A. Knox Professor, can be reached at sgalea@bu.edu.

This op-ed was originally published in the Boston Globe on December 18, 2017.

There are 7 comments on POV: How Censorship Can Harm Public Health

POV: How Censorship Can Harm Public Health
7
share this