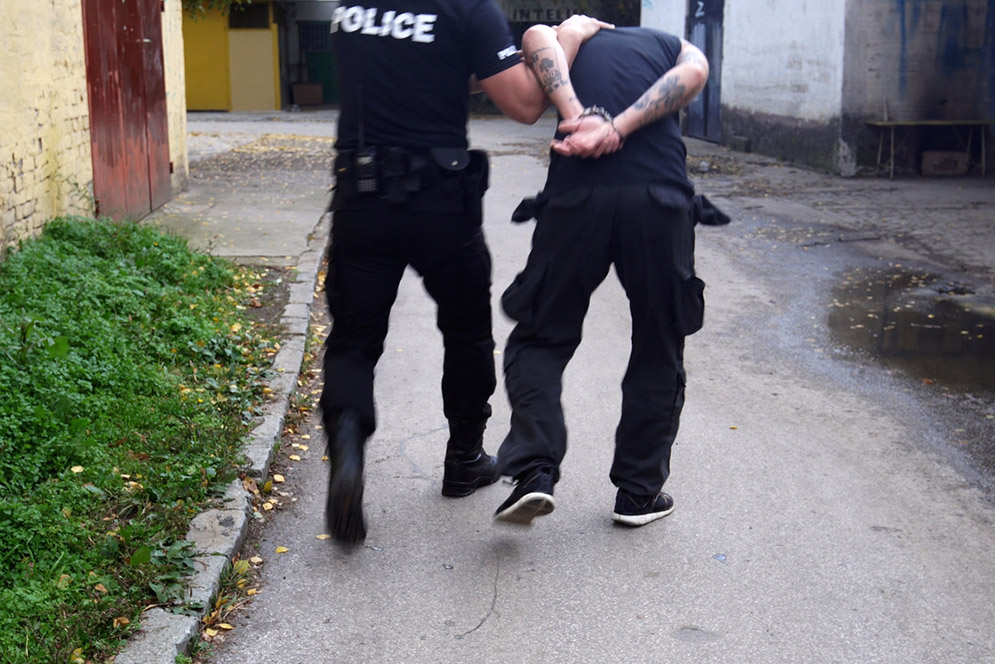 The finding that immigrants commit fewer crimes than native-born Americans is not “particularly controversial,” says Christopher Salas-Wright, an SSW assistant professor of human behavior, who has studied the issue. Photo by Luka Lajst/iStock

After a dozen studies, Christopher Salas-Wright says his research over the last four years is loud and clear: immigrants commit fewer crimes than native-born Americans.

Salas-Wright, a School of Social Work assistant professor of human behavior, says he and other researchers haven’t yet collected the data to compare criminality between legal immigrants, those here illegally, and native-born Americans. But his finding that immigrants generally are more law-abiding than lifelong US residents has become a media magnet, with stories by CBS and ABC among others, since Trump’s claims when he was running for president that Mexico sends murderers and rapists here. Salas-Wright’s studies have been funded by the National Institute of Health’s (NIH) National Institute on Drug Abuse, National Institute on Alcohol Abuse and Alcoholism, and National Center for Advancing Translational Sciences.

When it comes to crime rates among immigrants and native-born Americans, Salas-Wright says: “This is not a particularly controversial issue among researchers.” His conclusions are “consistent with theorizing and other research, large-scale and small-scale, finding the same pattern that we see: less offending, less violent crime, less nonviolent crime, less substance abuse, fewer mental health problems, lower rates of gambling.…One of the reasons I started getting into this is that often immigrants aren’t really well understood by many people.”

To compile his research, Salas-Wright combs through self-reported data in surveys of Americans by the NIH and the federal Substance Abuse and Mental Health Services Administration. While self-reporting can be problematic, he says, the finding of immigrant noncriminality “does converge quite nicely with other forms of data coming from police” and other sources.

His most publicized paper, “The Immigrant Paradox,” published in 2014 in Social Psychiatry and Psychiatric Epidemiology, reported that “immigrants are significantly less antisocial despite being more likely to have lower levels of income, less education, and reside in urban areas. These findings hold for immigrants from major regions of the world, including Africa, Asia, Europe, and Latin America.”

BU Today: Donald Trump was elected president partially on claims that immigrants bring a lot of crime to the United States. But your research doesn’t show that.

Salas-Wright: Our studies were looking at nonviolent or violent crime rates, substance abuse, mental health problems, problem gambling, Again and again, we find that immigrants tend to take part in those behaviors at a low rate compared to those born in the United States. We see it actually across immigrant generations. Not only is it first generation immigrants, born in a foreign country, who report lower rates; immigrant children or grandchildren tend to resemble the US-born. Assertions that immigrants are committing crime at higher rates than US-born don’t match up to anything we have seen with multiple national data files.

Trump famously said Mexico is sending us rapists and drug dealers. He invited family members of some people murdered by someone foreign-born to his recent speech to Congress. Do you look specifically at those crimes?

We look at crimes that would be violent crimes that could result in a fatality. The surveys we look at don’t ask a particular question about specific crimes. They ask if you’ve seriously attacked someone with a weapon, have you attacked someone with an intent to seriously cause harm, getting into a fight with a romantic partner, hitting someone so hard you injure them, getting into a lot of fights that you started, using a weapon in a fight, doing things you can be arrested for.

Why over time do immigrants tend to become more likely to commit a crime? What’s wrong with us Americans?

I don’t think we have definitive answers for that yet. There are a couple of theories. One is that immigrants are a unique population. If you’re going to pick up from El Salvador, whether with documentation or without documentation, and move several thousand miles to a country you’ve never been to or maybe just visited before, you have a lot invested. You want to play by the rules. Dealing with a foreign country’s justice system often feels very scary. And if you’re thinking about deportation, the last thing you want to do is be involved in things that would get you in trouble.

We’re working on two projects to understand why immigrants over time tend to resemble natives in terms of crime and other sorts of related problem behaviors. One of the theories, documented with adolescents in Miami and Los Angeles—we see discrimination, cultural stress, feeling like you don’t quite belong. Those factors can increase the likelihood of young people becoming more likely to be involved in bad behaviors.

You’ve written that immigrants being law-abiding versus natives is “contrary to traditional social science theorizing.” Why?

Being lower-income and of lower educational status are risk factors for involvement in a lot of adverse behaviors. Immigrants tend to be lower-income than the US-born. They tend to be of lower education levels. We still see they’re less likely than the US-born to have as many health issues and be involved in problem behaviors. When you look at research conducted with native-born Americans, you do see experiencing economic disadvantage places people at a greater likelihood of getting into problems and enacting problem behavior.

There are 11 comments on Immigrants Commit Less Crime, President Trump