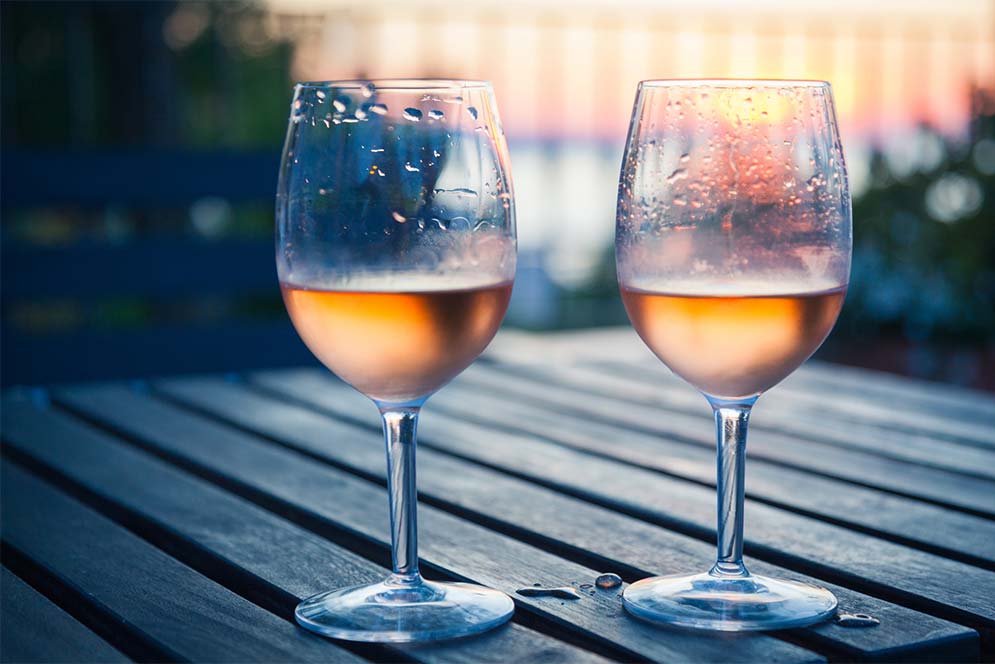 What you think you know about chilling wine may not pass scientific muster, BU’s Greg Blonder says. Photo by anzeletti/iStock

Oh, the harsh life of a researcher. Scientist, inventor, and entrepreneur Greg Blonder coauthored a book last year on the science behind making great barbecue. Now, Bon Appetit magazine has interviewed him about the most effective ways to chill wine, wherein he weighs in on how to serve the perfect glass of Chardonnay or Pinot Grigio and debunks some commonly held myths.

Blonder, a College of Engineering professor of the practice of mechanical engineering, blogs about topics from science to food to the intersection of both, and he’s accumulated data to back his (wine) chilling pronouncements.

“It takes about an hour and a half for a bottle of wine to chill from room temperature, 70 degrees, to 50,” he says. Not that he’s a snob about what he drinks. For example, he says that science justifies buying those plastic-lined cardboard boxes of wine, even though that “seems like an abomination.” Not only do winemakers use plastic bags in the boxes that don’t leach off-flavor, but the bags are better than bottles for keeping oxygen out, “so the wine in those boxes actually lasts a little bit longer.”

One of Blonder’s posts about wine caught the editorial eye of Bon Appetit, whose ensuing article caught eye of BU Today. We asked him for tips for improving our beverage offerings this Fourth of July.

BU Today: Don’t think I’m a plebeian, but when you think of chilling wine, you think of white. Is it OK to chill red?

Blonder: Certain reds work well chilled. The problem is balance. If you have a deep Cabernet, it has an oaky and slightly bitter, acidic flavor to it. You don’t get the sweet, because the sweet is detected in the nose. Cover your nose and taste the wine, and if it still tastes good, you can cool it. I replicated a famous experiment years ago blind-testing reds and whites and even experts have trouble telling reds from whites.

One popular way to chill wine is to prechill the glass, pour the wine in—you don’t have to put the wine in the fridge—and swirl it around. Good idea or bad?

Another approach that many believe works is putting the bottle in the freezer or the fridge, but wrapping it in a cold towel to hasten chilling. Fact or fiction?

Fiction, in most cases. The concept was a wet towel would evaporate the water in the freezer and—just like on a hot day, you put a wet towel on your forehead to feel cooler—that would speed up the cooling process, especially with a breeze. But most freezers either have no fan in them, or they are filled with pot roast from last Thanksgiving. There’s just not a lot of airflow in there.

It’s not even all that practical in a restaurant. Chilling is a 10-, 15-minute thing. What sommeliers do is take the wine out, stick it into a brine bath, one minute later, two minutes later, they take it out, they’re done.

Supposedly, if you chill a wine bottle horizontally as opposed to vertically, it’s faster.

Not practical. In a freezer, you almost never have room to stand a wine bottle up. But if you do it horizontally, it chills faster. What happens is, hot air rises, cold air sinks. Hot liquids rise, cold liquids sink. That creates a little convection cell with the hot going up and the cold going down. You need room enough for the hot to pass by the cold. In a very tall, narrow, skinny bottle, there’s not room for the hot to go by the cold. When it is horizontal, it actually has room to overturn. But again, you are looking at minutes—instead of an hour and a half, maybe an hour and 20 minutes. It’s not a ginormous effect.

There are artificial ice cubes that you can put in a glass of room-temperature wine to chill it. Will that work?

That works beautifully and is also very fast. And it also keeps it cold for a longer period of time. But here’s the thing: the temperature finds an even spot weighted by the amount of mass.

So the bigger the wine glass, or the more wine, the longer it is going to take the cube to cool it?

And the less cooling that will occur. So in a large glass of wine, one of these synthetic cubes will only drop it from 70 to 65 or 60 degrees. You might have to put a few of them in. There is a kind of artificial cube that has water inside. That water is now ice, and ice stores a lot of cold, so a little cube of frozen water inside of a little plastic case is much more effective at cooling off the wine.

Another trick people use is they freeze grapes. You might buy some of those large, one-inch diameter purple grapes and freeze them—you have to plan ahead—and you serve these purple grapes in white wine. It’s pretty, and it cools it off immediately and doesn’t dilute it.

What is your personally preferred approach?

What I usually do at home—I’m a planner, not a procrastinator—I have the wine in the fridge. It’s at 34 degrees. I’ll take it out an hour before serving. Pour it in the glass, the glass is warm, it’s the perfect temperature to serve.

If I were to pick from all these possibilities, the things I would recommend are: put the bottle in ahead of time at fridge temperature and an hour before you want to drink it, take it out. Or if you want to do no planning at all, or a guest brought a bottle of white wine over that was warm, put a glass in a Ziploc bag and put them in ice water. Two minutes later, you are good to go.

The Science of Chilling Wine

There is 1 comment on The Science of Chilling Wine