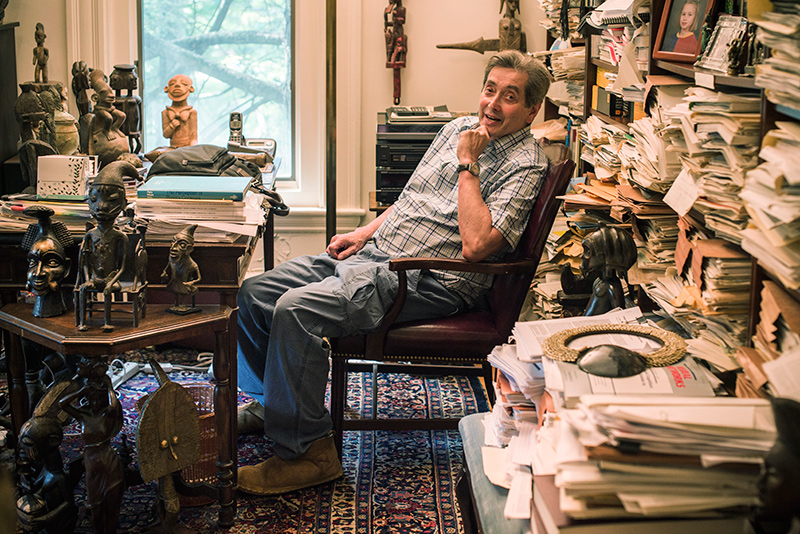 Stephen Grossberg, BU’s Wang Professor of Cognitive and Neural Systems and a professor of mathematics, psychology, and biomedical engineering, has received the 2017 IEEE Frank Rosenblatt Award. Photo by Eric Levin

Stephen Grossberg, BU’s Wang Professor of Cognitive and Neural Systems and a professor of mathematics, psychology, and biomedical engineering, has received the 2017 IEEE Frank Rosenblatt Award from the Institute of Electrical and Electronics Engineers (IEEE).

The IEEE gives the award annually to one or more individuals or a small team for “outstanding contributions to the advancement of the design, practice, techniques, or theory in biologically and linguistically motivated computational paradigms, including but not limited to neural networks, connectionist systems, evolutionary computation, fuzzy systems, and hybrid intelligent systems in which these paradigms are contained.”

Grossberg won the prize for his work in cognition and brain behavior, and for demonstrating how technology can emulate neural processes. His research has encompassed memory, learning, human speech and motor control, and vision, among other topics.

At Boston University, Grossberg is the founder and director of the Center for Adaptive Systems and the founding director of the Center of Excellence for Learning in Education, Science & Technology. Both centers seek to understand how the brain adapts and learns, and use models of this behavior to design better technologies. Grossberg was also the founding president of the International Neural Network Society, the founding editor-in-chief of the journal Neural Networks, and a founder of the International Conference on Cognitive and Neural Systems, which he chaired from 1997 to 2013.

The IEEE previously honored Grossberg with the Neural Networks Pioneer Award in 1991 for “fundamental understanding and engineering application in the field of neural networks,” and he was an IEEE Fellow in 2005.

Grossberg will accept the award at the 30th anniversary International Joint Conference on Neural Networks in 2017, where he will also give a lecture on new work aimed at solving what goes on in the brain during conscious thought and processing.