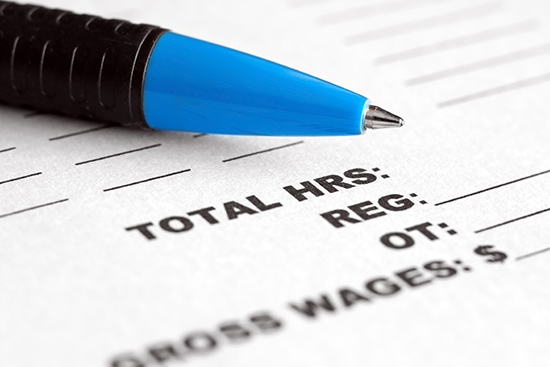 BU will give promised pay raises to about 175 workers under federal overtime rule changes announced last May, even though a judge temporarily halted implementation of the changes nationwide last Tuesday.

The University had informed the employees of the December 1 raises before the judge’s action, so “we are in fact going to move them to the new pay,” says Diane Tucker, BU’s chief human resources officer.

Those employees were getting raises to maintain their exemption from overtime pay under the Obama administration’s update of the federal Fair Labor Standards Act. The update would roughly double the minimum salary at which an employee can be exempted.

But another 360 BU employees who were to become eligible for overtime pay on December 1 will not have their status changed until the courts decide the issue, Tucker says. “We’ll wait until the courts make a decision, and then we’ll take whatever action we need to,” she says.

Texas federal judge Amos L. Mazzant III enjoined implementation of the new rules, saying the government had exceeded its authority by raising the overtime salary limit so significantly. No date has been announced for a full ruling on the merits. The Labor Department said it was pondering legal options, making an appeal of the judge’s ruling possible. But a long appeal process could mean that it will be the Trump administration that ultimately determines the regulation’s fate.

The US Department of Labor mandate would raise the salary at which an employee can be exempted from overtime pay to $47,476 annually, or $913 per week. The new rules would mean that employees who earn more than the current threshold of $23,660 but less than $47,476 must be eligible for overtime pay. The affected BU employees range from postdoctoral researchers to athletic coaches and trainers to admissions and enrollment counselors.

Carolyn Gorham, executive director of Human Resources, says her department has been working for months to implement these changes fairly and minimize disruption for affected employees.

A University working group that spent months examining the details of workers’ situations across the University had created a new employee category—“salaried/overtime eligible”—so that employees who would no longer be exempt from overtime pay wouldn’t lose future accruals of vacation and sick time. The University would also spend more than $1 million on raises in the first year, although a significant portion of that would be one-time funding to bridge the gap for research projects.

“I think BU took a positive approach,” says Gorham. “We have chosen a nuanced path that is not one-size-fits-all, reflecting the complexity of the different jobs here at BU.”

To comply with the new mandate, the University planned to make three kinds of adjustments effective December 1, but two out of the three are on hold pending the court case.

For employees in the second and third groups, other changes have also been put on hold: their pay period would have switched from monthly to weekly to comply with Massachusetts law requiring overtime to be paid within a week, Gorham says. Managers’ approval would have been required for work outside scheduled hours, including working through meal breaks, coming in early, staying late, or coming in on weekends.

Nearly 200 of the affected employees are postdoctoral associates and other types of researchers. Many of them will be in the first category, receiving raises to keep them on exempt status, says Gloria S. Waters, vice president and associate provost for research. “Research doesn’t happen nine to five,” Waters says. “It was really important that their salaries be raised so they wouldn’t have to punch a clock.”

Because many of those employees are paid from research grants, she says that in the long run professors would have to determine how to fund their raises, which could range from $2,000 to $10,000 a year. In some cases, grants would be increased to cover the difference; in others, faculty would have to make up the difference from existing budgets.

Waters says that in the short run, “the University has tried to help the faculty out by providing the funds to bridge the seven-month gap between December 1, when this goes into play, and July 1, when the new fiscal year starts.

When the Fair Labor Standards Act was written in 1938, it established the 40-hour workweek and a national minimum wage, and set the exempt threshold at a salary of $30 a week. The regulations were last updated in 2004, when the threshold was set at $23,660, or $455 a week. In 2014, President Obama ordered an update of the act that resulted in the new regulations. The act is scheduled for updates based on wage growth every three years.