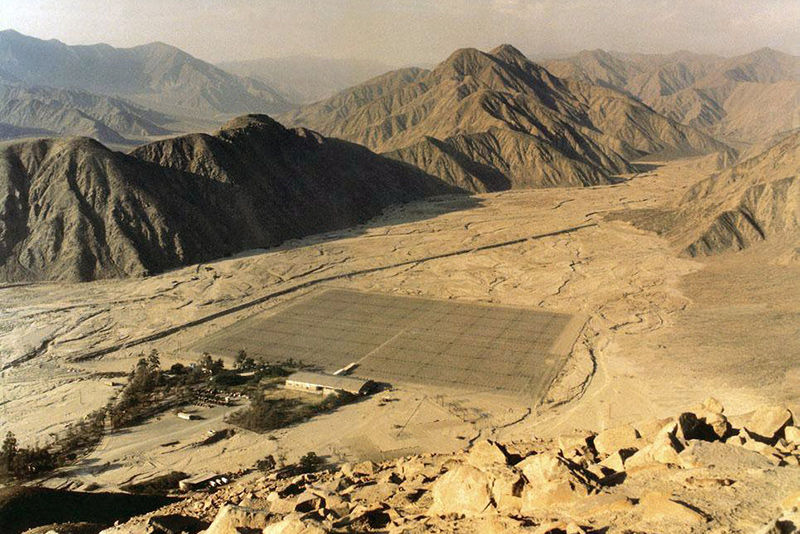 After 50 years, scientists think they may have cracked one of atmospheric science’s most persistent mysteries.

For decades, scientists sending radar signals into space have noticed there is some phenomenon reflecting these waves back to the ground at around 150 kilometers (90 miles) above the ground.

Every day at dawn, the unknown phenomenon appears. Radar waves bounce off of it and return to radar receivers like an echo. Whatever is generating the “150-kilometer echoes” grows stronger and descends 20 to 30 kilometers (12 to 19 miles) toward the ground until the sun is directly overhead. The source of the echoes then rises again until sunset, when the echoes disappear. The echoes fade during solar eclipses, and grow more powerful during solar flares. Radar operators have detected these echoes since the 1960s, but rockets, satellites, and other instruments probing the upper atmosphere see nothing.

This bizarre behavior has stumped scientists for years. Now, a pair of researchers at Boston University hypothesize that the sun could be causing the inexplicable echoes.

The researchers knew ultraviolet light from the sun stripped oxygen and nitrogen molecules in the upper atmosphere of their electrons, sending those energized electrons careening off at high speed. The researchers thought that interactions between these energetic particles, the ions, and other particles might cause the ions to start vibrating in patterns, forming waves strong enough to reflect radar beams and create the mysterious echoes.

To test their hypothesis, the researchers used a computer model to simulate particle interactions in the Earth’s atmosphere. The model showed that the energy from the sun’s radiation can indeed create the conditions necessary for the echoes to appear.

“It’s fun that this popped out (of the simulation),” says Meers Oppenheim, a BU astronomer and lead author of a new study detailing the finding in Geophysical Research Letters, a journal of the American Geophysical Union. “When you actually figure out something that nobody’s ever figured out before, that’s when it’s really worthwhile.”

Knowing the source of the radar echoes could help scientists track movements in the upper atmosphere, according to the study’s authors. Atmospheric tides, or changes in air pressure related to the position of the sun and moon, have been linked by other research to slight variations in rainfall and temperature near the ground. But these tides are difficult to track. The echoes, which are much easier to see, move up and down along with these tides. Knowing the source of the echoes will help scientists to study if they are a reliable way to track atmospheric movements and gain a better understanding of the tides, Oppenheim says.

Scientists have been hesitant to use the echoes as broader scientific tools for studying the upper atmosphere because they didn’t know the echoes’ source until now, says Jorge Chau, an atmospheric scientist at the Leibnitz Institute for Atmospheric Physics at the University of Rostock in Rostock, Germany, who was not involved with the new study.

Chau, who challenged his fellow scientists to find an explanation for the echoes in 2013, says he sees the new study as a major step forward.

“I think [Oppenheim] is on the right track,” Chau says. “There are still unanswered questions, but the initial results look very convincing.”

A version of this article was originally published in the American Geophysical Union (AGU) GeoSpace blog.

Elizabeth Deatrick is a science writing intern for the American Geophysical Union.