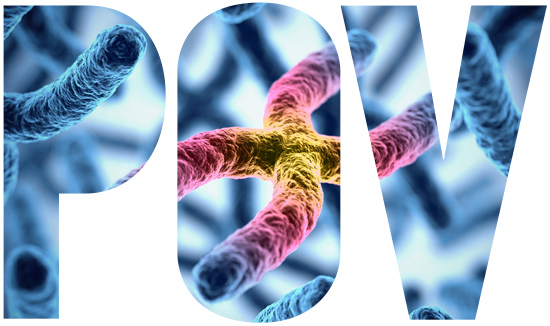 I sometimes wonder what difference it would have made if my mom knew that I had Turner syndrome (TS) while she was pregnant with me.

She is adamant that she never would have aborted me. But today, prenatal genetic screenings and other fetal tests for Turner syndrome are widely used, and I worry that too many are making irreversible decisions without understanding the disorder. Studies around the world have shown parents abort an average of 76 percent of fetuses found to have TS.

Like Down syndrome or autism, Turner is a spectrum disorder with symptoms that range in severity, and a diagnosis is no indication of what an individual’s life will be. A girl who has it—like me—can be happy, intelligent, and highly successful.

I wasn’t diagnosed until I was four. I was on the short side of average, but my grandmother was 4 feet, 10 inches, so that wasn’t completely surprising. There was, and still is, nothing visibly wrong with me. I was a pretty normal child who loved singing tunes from the The Little Mermaid.

TS is a random mutation caused by complete or partial absence of the second sex chromosome. It occurs in approximately one of every 2,000 live female births. “At the basic level, the missing genetic material keeps the female body from maturing naturally,” according to the Turner Syndrome Support Society.

My mom has a PhD in biology and had taught students about the disorder before her pregnancy with me. Mom tears up when remembering the long list of problems doctors told her I could face. “You’d be put on growth hormone, your rib cage could be a different shape from normal, causing respiratory problems, you could have kidney infections…a heart murmur, low educational prospects…There were 18 or 20 scary things on there.”

She reacted by asking, “What will Caitlin be good at? Because whatever it is, we’ll just focus on that.” Over the years that followed, we were able to cross most things off the list of dread, and the symptoms that remain have had minimal impact on my life. I am only 4 feet, 11 inches, a giant among Turner girls, after being on growth hormone for 10 years. I have one very large kidney (not the worst kind of kidney deformity that sometimes comes with the condition). And, yes, I am not great at algebraic equations.

There were embarrassments: sneaking off to inject myself with growth hormone at Brownie camp and wishing I was better at catching when playing netball. And worse: the nauseating feeling when I was in a new relationship and had to decide how much detail to give. Would they still like me? Was it too soon? These questions permeate my heart-doodled diary.

I have a type of TS called mixed gonadal dysgenesis, which carries a high risk of ovarian cancer. So when I was four, my parents decided to have my ovaries removed, meaning I am now infertile. I have never disagreed with their call—they were asked to make an impossible choice.

At age five, infertility is just something to understand, almost an abstraction. But now, at 25, watching my friends become mothers makes my situation much more pertinent, and occasionally very sad. That said, I have always hoped to adopt, and with fertility treatments improving all the time, who knows what options there will be when I decide to start a family.

I find my symptoms frustrating rather than devastating, and my life has been much more normal than the horror stories many pregnant women hear when they are told their fetus may have TS. This syndrome is not my identity.

I owe this attitude entirely to my family, who never let me use TS as an excuse. If I was struggling with math, I worked harder at it. If I was gaining weight, they’d support me in doing more exercise. If I complained about my height, they reminded me that my idol, Judy Garland, was also “a smidgen under 5 feet.”

I grew up in the U.K. When I was 18, I was one of the winners of the Prime Minister’s Global Fellowship, which took me to India. I have helped set up a women’s empowerment project in Nepal and a cancer hospital in rural Kolkata. At 22, I won an international competition and was given £10,000 to found a social enterprise dedicated to small-scale human rights projects.

Despite being told that TS girls struggle academically, I have earned a bachelor’s degree and a master’s in international relations and am now in the final semester in pursuit of a second master’s, this time in journalism, at Boston University.

Right now, I am an intern at the New England Center for Investigative Reporting, where I recently helped report on issues with prenatal genetic tests that indicate the likelihood of TS and other syndromes. I’m also a teaching fellow at college, and a writer for Words in the Bucket—an online publication dedicated to promoting human rights and gender equality. And I am in a long-term relationship with a wonderful guy, who finds my wanderlust much more inconvenient than my height.

I set this down to highlight a life that many would not think possible of someone with a genetic disorder. It saddens me that expectant mothers do not see my life as an option for their unborn daughters when TS is diagnosed. If they are only told of everything that may go wrong, they naturally conjure up the worst-case scenario.

I don’t in any way mean to diminish the complications of TS. For some girls, it’s debilitating. I may be lucky to be at the milder end of it, but I am equally representative of what life with the disorder can be.

I have mixed opinions on abortion: I fully support a woman’s right to choose, but am nauseated by the thought that a mother could terminate her TS daughter because she wasn’t adequately presented with the full spectrum of examples. I worry that this variation is not explained, particularly when discussing prenatal genetic test results.

Genetics has never dictated my achievements, so I don’t think anyone should assume life with Turner syndrome will be awful. Doctors and genetic counselors need to provide a fair and accurate representation of the disorder—which should include the stories of people like me.

Caitlin Bawn (COM’16) can be reached at cbawn@bu.edu. This column originally appeared on the New England Center for Investigative Reporting website.

POV: My Life with Turner Syndrome

There are 14 comments on POV: My Life with Turner Syndrome