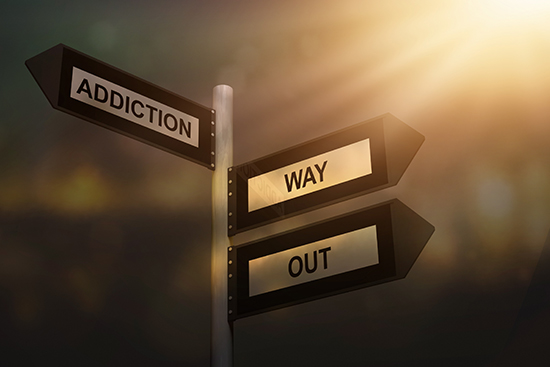 He was an addict, he says, before coming to BU. While here, the alum—who requested anonymity—battled addiction to alcohol and drugs, until two strokes brought on by his substance abuse temporarily halted his academic career. On his own and with his mother’s help, he found treatment programs in Boston and Kentucky, but he needed five years to graduate.

It would have helped, he says, to have known at the time that he wasn’t alone. “I didn’t meet other people at BU who were in recovery until I was two years sober,” he says. “I was a 19-year-old kid. I didn’t know what was going on.”

He was among the students BU’s Student Health Services (SHS) brought together in a focus group two years ago to identify gaps in the University’s addiction safety net. One measure he and others suggested became reality this fall: the new Collegiate Recovery Program (CRP), a support group augmenting the University’s existing treatment programs for addiction. The CRP casts its net far, welcoming students especially, as well as other BU community members with any addiction, from alcohol to drugs to gambling to sex to video-viewing.

Besides treatment programs and Alcoholics Anonymous—which holds meetings every weekday at Marsh Chapel—“there wasn’t much to offer” in the way of such support, Barison says. The CRP “has a really simple goal, and that’s to connect students in recovery with other students in recovery. The idea is that if students in recovery have a wider network of support, they’ll be more successful at avoiding relapse. It’s not a therapeutic program; it’s more a peer support program that offers community, networking, and opportunities for fun.”

Emphasis on the “fun”: in September, the CRP alerted interested students to Boston’s first annual five-kilometer recovery walk, a 1980s “throwback jazzercise” at City Hall Plaza, and a yoga and fitness session. This winter, Barison hopes to partner with Boston College to sponsor a ski trip for recovering students. BC also has invited Terriers to join its “sober tailgate” parties before football games.

Beyond such events, “there will be meetings where we can talk about how things are going as a college student in recovery, what challenges were there, did you have a slip, what do people need,” Barison says. She’s exploring ways of collaborating with BU’s Center for Psychiatric Rehabilitation, as the CRP is also for students recovering from mental illness.

While the program hasn’t yet drawn the critical mass of students needed to begin regular meetings, Barison says that 108 incoming freshmen this fall indicated interest in alcohol and drug recovery programs on the University’s mandatory Alcohol.edu survey.

To join the CRP, students must be part of another, outside recovery program such as AA, abstain from alcohol and drugs, and participate in community service and activities through the CRP. To fund the effort, SHS received a three-year, $10,000 grant from Nevada-based Transforming Youth Recovery, a nonprofit helping educators support students recovering from addiction. Barison is planning to hire a part-time student assistant for the program.

Barison modeled the program after similar efforts at schools such as George Washington University, as well as on ideas developed by the BU student focus group. She says research into such programs on other campuses shows that participating students “have higher GPAs, higher graduation rates, and higher retention than the general student body. It really emphasizes that recovery is not just about being substance-free. Recovery really is about a persistent effort towards self-growth.”

For more information about the Collegiate Recovery Program, email Leah Barison at lbarison@bu.edu.

A New Support Group for Those Recovering from Addiction