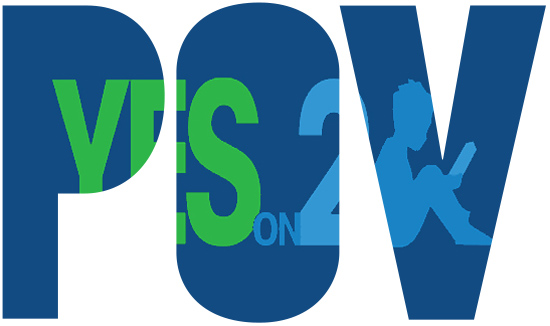 Among the important decisions facing Massachusetts voters at the ballot box in November is whether to allow expansion of charter schools in low-performing (primarily urban) districts that are at or nearing the state’s enrollment cap. The evidence suggests strongly that the state’s students will benefit were voters to pass the referendum.

Charter schools are not a single, monolithic national reform. The rules that govern charters and the schools’ quality vary considerably by locality. It should come as no surprise, then, that research finds charter school impacts also vary from place to place. Massachusetts voters considering their position on Question 2 are fortunate that they can turn to the considerable evidence on the impact of their local charter schools.

Critics of charter schools are right to complain that simplistic comparisons of the average test scores of charter and traditional public school students are misleading. Charters are required to fill open seats through a random lottery of applicants, and their applicant pools are dominated by low-income and minority students. But if only the most motivated of these otherwise disadvantaged students apply to charters, then simple comparisons of the average test scores in charters and nearby traditional public schools will be misleading.

There are, however, powerful strategies that researchers can employ in order to make apples-to-apples comparisons that measure the true impact of attending a charter school. A variety of such studies have been conducted in Massachusetts.

The most convincing analyses to date of the impact of charter schools in Massachusetts come from a team of economists at MIT. Similar in design to a medical trial, their research compares the later outcomes of students who were randomly offered a seat in a charter to those who applied to attend one, but were randomly denied access. Because only randomness determined who in the analysis was offered a charter school seat, we can have high confidence that differences in the later outcomes of these two groups can be attributed to being offered the opportunity to attend a charter, not some other factor related to applying to a charter school.

The MIT team has found mixed charter school impacts across Massachusetts. Students attending suburban charter schools do as well as or worse than they would have had they instead attended a traditional public school. But these studies find convincing evidence that students attending charters in the state’s urban areas—the areas where Question 2 would allow for greater expansion—are making enormous gains relative to how they would have performed in local traditional public schools. The positive impacts of attending a Boston charter school are particularly striking. And the results are similarly positive for students in groups of particular interest, such as students with disabilities and those who are learning English.

Researchers at Stanford University’s Center for Research on Educational Outcomes (CREDO) have used a different but powerful methodology to study charters in Massachusetts and nationwide. In essence, the researchers compare the performance of students attending charter schools to that of a comparison group attending traditional public schools, identified by a statistical algorithm as having similar characteristics.

Charter school critics with a national platform frequently cite CREDO’s finding that on average, nationwide students perform no better in charter schools than they would have had they attended a traditional public school. But the local story offered by CREDO is remarkably different from the aggregate national story.

When CREDO used its method to study charters in Massachusetts, it found that attending a charter led to substantial student gains in both math and reading. Consistent with the findings from the MIT team, CREDO’s results were particularly striking for those attending Boston charter schools. According to CREDO’s estimates, a single year attending a Boston charter school instead of the traditional public school that the student would have otherwise attended leads to higher test scores in math and reading that translated to students receiving an additional 216 days of schooling in math and 180 days of schooling in reading. The normal school year in a traditional public school is about 180 days. So, the findings suggest that a day spent in a charter school is worth two or more days spent in one of Boston’s traditional public schools.

But what about the students who remain in the state’s traditional public schools? Won’t they be harmed when their school loses the resources that were tied to their classmates who leave for charters?

I am not aware of convincing evidence of the impact of charter school expansion on traditional public schools in Massachusetts. But the research in other areas across the country offer little to support the “Bad for Our Schools” motto emblazoned on the car bumpers and front yards of those vocally opposed to Question 2. A fair read of the wide body of research on the topic suggests that student performance in traditional public schools is either unaffected or increases modestly as school choice options such as charters or private school vouchers expand. For instance, my own work has found that as New York City traditional public schools lose more students to charters, the students who remain tend to make (very small) test score improvements.

If we were debating whether or not to allow the further expansion of charter schools in Fort Worth, Tex., or Las Vegas, Nev.—two urban areas where CREDO has found charters to be very ineffective—then I would be singing a very different tune. But in the urban areas of Massachusetts, the evidence clearly shows that students benefit from attending charters. And there is little reason to suspect that charter school expansion would harm the academic achievement of those students who remain in local traditional public schools. If what voters care about most is improving educational options for students in Massachusetts, the research suggests a clear choice at the ballot box.

Marcus A. Winters, a School of Education associate professor of curriculum and teaching, can be reached at marcusw@bu.edu. Follow him on Twitter at @MarcusAWinters.

There are 27 comments on POV: Massachusetts Voters Should Vote Yes on Question 2

POV: Massachusetts Voters Should Vote Yes on Question 2
27
share this