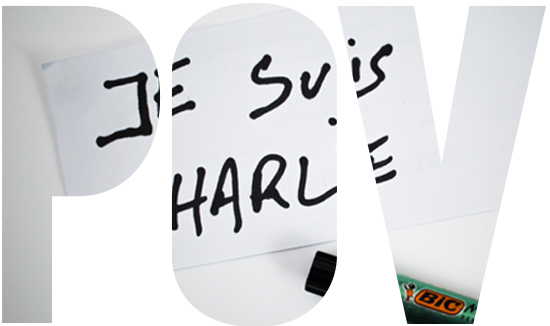 During the past three weeks, I have found myself riveted by the media accounts of the Charlie Hebdo massacre in Paris, where 3 men, purportedly motivated by a desire to avenge satirical cartoons demeaning the prophet Muhammad, killed 12 people and injured 11 others. A total of 20 people were killed between January 7 and 9, as the Charlie Hebdo shootings were followed by police involvement and subsequent shoot-outs on the outskirts of Paris. The events—reminiscent of the 2013 Boston Marathon bombings—galvanized France and resulted in astonishing large-scale demonstrations in Paris against extremism and mass violence.

Yet, the events in Paris also cast into bold relief the public health consequences of less glaring hate crimes—acts of hatred that are much more prosaic, much more mundane, and that touch the lives of millions daily.

Population health research over the past two decades has steadily illuminated how prejudice, discrimination, and segregation, linked to hatred and antagonism, have a pernicious and pervasive effect on health. A study last February in the American Journal of Public Health, for example, linked lesbian, gay, bisexual, and transgender (LGBT) youth suicide in Boston with neighborhood-level LGBT hate crimes involving assaults and found that sexual minority high school students who lived in neighborhoods with higher rates of assault were significantly more likely to report suicidal thoughts or attempts. A companion study found evidence of a higher prevalence of marijuana use among these same LGBT students in higher hate crime neighborhoods. Yet another study, published last year in Social Science & Medicine, found that “structural stigma,” defined as antigay prejudice at the community level, was associated with higher all-cause mortality, especially from suicides, violence, and cardiovascular disease, among LGBT residents. And Ilan Meyer of UCLA’s School of Law put forward a conceptual framework that links stigma and prejudice to mental health disorders among LGBT people through hostile social environments.

On the individual level, discrimination has been shown to negatively affect health, as social ties influence health behaviors and act as buffers against stress—which can, in turn, affect immune function, cardiovascular activity, and the progression of disease. A Harvard Medical School study found that respondents to a national health survey who personally perceived any kind of major lifetime discrimination were more likely to have major depression. Discrimination following a specific, collective event also has been studied. Arab Americans living in the United States who perceived abuse after the 9/11 attacks were more likely to report high levels of psychological distress and lower levels of happiness, a 2010 study found.

The literature extends well beyond the negative health effects among minorities who are targeted by specific discrimination. One recent study found that racial resentment was associated with smoking among non-Hispanic whites, suggesting that the consequences of hate reach both minority out-groups and those in majority groups. Additionally, there is robust literature about the relationship between segregation, often a proxy for racial tension in a community, and health status. One systematic review found that isolation segregation was associated with higher pregnancy risks and mortality among blacks. A paper that I coauthored in 2011 estimated that about 176,000 deaths annually from heart disease and other causes might be attributed to racial segregation.

Witnessing the extreme expression of hatred—the murder of dozens of people by a few—has stirred the world’s attention, showing us all too brutally how hatred, in its ugliest manifestations, can tear at the fabric of civilization. But perhaps the most sobering reflection emerging from this terrible event is not that this was an isolated incident, but rather that hatred and intolerance pervade our daily lives, with substantial impacts on individual and community health. At core, this sheds light on the fundamental causes of population health, on the social structures that influence our day-to-day lives and that form the conditions that produce health. This suggests, to my mind, that a concern with the health of the public is inextricable from a concern with issues of social justice that influence the conditions that make people healthy.

There are many reasons, beyond health, why hatred and intolerance should have no place in a pluralistic, enlightened society. But health is a shared and universal aspiration. A desire to maximize the health of populations should inspire us. It should push us to engage with the social fractures that threaten our potential to become healthier people. This argues strongly for the central role of a social justice agenda in an activist public health approach—one that is concerned with understanding and creating the conditions that promote health in populations.

Sandro Galea is a professor and dean of the Boston University School of Public Health. He can be reached at sgalea@bu.edu.

There are 3 comments on POV: The Public Health Consequences of Hate

POV: The Public Health Consequences of Hate
3
share this