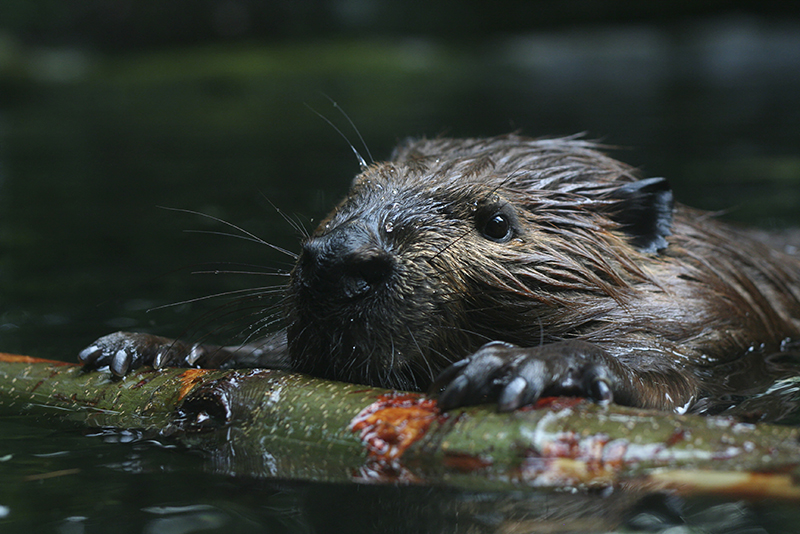 Beavers were once a vital part of America’s economy. Their pelts were a common currency in the New World, and the hunt for “brown gold” nearly wiped them out.

These days, beavers are making a comeback—in numbers more than reputation. In fact, they are often viewed as a nuisance, causing millions of dollars in damage each year by chewing fences, trees, and decks. They build dams, which leads to flooding of homes, crops, and railroads.

The cause of this population boom? A declining interest in kill trapping, combined with laws promoting more humane trapping methods, are two likely contributing factors. In the five years following the passage of a 1996 ballot referendum restricting trapping in Massachusetts, the number of beavers in the Commonwealth shot up, from 24,000 to 70,000.

Peter Busher has been studying beavers for four decades. A BU College of General Studies (CGS) professor of natural sciences and mathematics and chair of the division, Busher was the first person to track the animals by tagging them with radio transmitters. He examines beaver population dynamics and behavior, including mating habits, birthrates, group structure, and how the animals migrate from one area to another. His findings could inform decisions about how communities respond to beaver activity and manage the animal’s populations, both in Massachusetts and across the country.

Busher says an influx of beavers in a community can raise alarms, inspiring heated discussions about whether trapping should be broadened to control the population. But he points out that some behaviors can be beneficial. Beaver dam building expands the wetlands, whose functions include filtering toxins from water, supporting biodiversity, and mitigating floods. (Busher notes that wetlands loss contributed to the destruction Hurricane Katrina wrought in New Orleans.)

It’s important to understand how the animal’s population naturally develops, Busher says, and how its family dynamics work. Beavers are territorial, live in family groups, and are selective about which sites they permanently inhabit. These factors mean their populations spike when they move into a new area but generally drop and stabilize over time.

Knowledge of beavers’ mating habits—which can vary based on their environment—could influence how communities manage the rodents and their “nuisance activity.” Although beavers are known to be among only three percent of mammals that are “socially monogamous,” raising their young exclusively with one partner, researchers do not know much about their pairing behavior. Do the parents also mate with other beavers and raise a mixed brood, or are they sexually exclusive? Busher wants to find out.

Busher believes genetically monogamous beaver populations—those that tend to mate with one partner—increase more slowly and may stay in an area longer. If one of these populations were removed because of nuisance activity, says Busher, the area would likely be free of beavers for a while. But if the population were more promiscuous, new beavers could move into the area at any time; communities would need to develop a long-term animal removal plan.

Busher is conducting his beaver mating research in the Quabbin Reservation in Central Massachusetts. (The Quabbin Reservoir is Boston’s primary water supply.) The 150 to 300 beavers on the reservoir’s Prescott Peninsula are the nation’s longest-studied population, says Busher. Getting hair samples for genetic analysis requires live trapping, which he describes as an art form. On any given afternoon, he’ll set wire-mesh, clamshell-shaped traps half-submerged in waters that beavers inhabit. In the evening, he’ll transfer each beaver into a denim bag in order to take measurements and hair samples, check the animal’s gender, and tag its ear before releasing it. Busher then brings the samples back to CGS for analysis by his assistant, Caitlin Jacobs (CGS’15, SAR’17).

Since the fall of 2014, with undergraduate research funding from CGS’ Center for Interdisciplinary Teaching & Learning, Jacobs has been researching and developing procedures to genetically analyze beaver hair samples. She is responsible for running the beaver hair through scientific processes that isolate and copy the DNA for sequencing by an outside lab. Jacobs compares the sequences to see which young are related to the male in the family group and which, if any, are not.

Busher will return to the reservation to obtain more samples during spring 2015. He believes the results, expected in summer 2015, will indicate that Prescott Peninsula beavers are genetically monogamous. Regardless, he hopes his work will help us learn to coexist with—and benefit from—beavers. After all, they were here first, ever since the retreat of ice sheets thousands of years ago created the wetlands. “We took their land,” he says. “We’re the ones who can change more than they can.”

There are 3 comments on Beavers vs. Humans