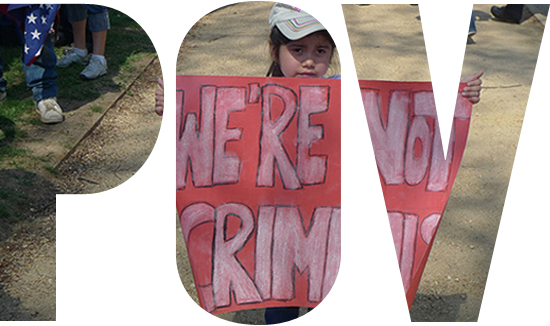 As my client waited for the immigration judge to call his name, I slipped him a piece of paper and pen so he could draw a picture.

He was four years old, and I needed to distract him into being quiet.

This year, about 70,0000 unaccompanied migrant children entered the United States and were put into deportation proceedings before immigration judges. Tens of thousands more arrive in the US but have been accompanied by a parent and are put into family detention and deportation proceedings. While these children face a trained lawyer on the other side, the vast majority will never see a lawyer of their own. Even worse, they are given almost no time to find one.

President Obama recently instructed the immigration courts to reprioritize their cases and speed up the deportation for children. Court waiting times have ballooned in recent years as the number of immigrants arrested has surged, but the number of immigration judges has remained the same. By the end of July 2014, the number of backlogged cases rose to 396,552, a 22 percent increase from the beginning of the year. Yet under President Obama’s directive, children are given no time to find an attorney. For example, in Omaha, Nebr., adults may wait an average of 840 days for their hearing, while a child in that same court has only 10 days. In fact, the new “rocket dockets” are moving so fast that some children are being deported before their hearing notices arrive in the mail.

If a child does make it to her hearing, she will have an opportunity to defend herself by making an application for a type of immigration benefit, like asylum. However, if a child is not represented, the opportunity doesn’t mean much. How could a child know if she were eligible to stay? How could a youth pull together the complex application and evidence needed for most types of immigration relief? Representation is critical to success for all immigrants, not just children. Studies have found that asylum seekers are four times more likely to win their case if they are represented. Furthermore, immigrants are more likely to show up for court if they are represented. A recent study found that 90 percent of represented children attended their hearing.

My four-year-old client was one of the lucky ones who had an attorney. But he had already suffered more in his first few years of life than most people. When I met him, his body was covered in burn scars inflicted by a violent parent. Because of his history, he was eligible for Special Immigrant Juvenile Status (SIJS), a pathway to legal, permanent residence and citizenship for children who have been abandoned, abused, or neglected by a parent. This pathway to immigration status involves a state court judgment that it is not in the best interest of the child to return to his home country and that it is not viable to be reunified with one or both parents. If successful in state court, the child must then submit a 12-page application with supporting evidence to the federal immigration agency and often be interviewed by an immigration officer. My client also appeared eligible for asylum based on the family violence he suffered. However, asylum applications are one of the most complex areas of immigration law, often involving extensive legal briefing and evidence submissions that can span 500 pages.

Many of the recent child arrivals should be eligible for protection. The United Nations High Commissioner for Refugees conducted a statistically significant study of recently apprehended children and found that about 60 percent were forcibly displaced from their home countries because they faced harms that indicated potential need for international protection. However, this possibility of protection means nothing when there is no way for the children to achieve it.

On July 9, the ACLU, American Immigration Council, Public Counsel, Northwest Immigrant Rights Project, and K&L Gates LLP filed a class action lawsuit on behalf of children challenging the federal government’s failure to afford them counsel in deportation proceedings. They argue that lawyers for children are needed to ensure that children’s legal rights to a full and fair hearing are not violated. I hope their lawsuit will prevail, so that these children will be given a meaningful day in court.

Laila Hlass is a clinical associate professor at the School of Law’s Immigrants’ Rights Clinic and can be reached at hlass@bu.edu.

POV: Who Speaks For Immigrant Children?

There are 2 comments on POV: Who Speaks For Immigrant Children?