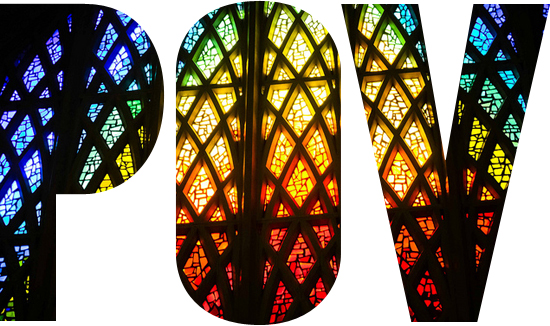 In a time when brown people are suspected of being terrorists, turbans and headscarves are seen as signs of creeping sharia, and the religious “other” seems something dangerous, interfaith work is one of the new frontiers of social justice. In our post 9/11 world, where religious prejudice is often tied up in issues of race, ethnicity, and otherness, pluralism is desperately needed.

On this campus of more than 33,000 students, we are lucky to have a diverse and thriving community, with 21 groups representing traditions ranging from Islam to Sikhism to Hinduism to Jainism and more. But I don’t want to paint a picture of a “Kumbaya” circle holding hands and giving off good vibes. There are problems and challenges to interfaith work at BU, as I know from my work with the BU Interfaith Council.

In the Interfaith Council, where we promote education and engagement between religions on campus, we want to have open arms. We welcome groups with constant invitations and messages. But inevitably, the majority of the people who show up are from minority religions. This is understandable—members of minority religions feel the need to educate the majority and to combat prejudice. Muslims are concerned about fighting Islamophobic stereotypes; Christian Scientists want to show that they are not Tom Cruise’s Scientology; Sikhs want to explain the turbans they wear and their long beards.

But often, this eagerness of minorities to share and engage is contrasted with a lack of interest from the majority religion of America: Christianity. When we do have Christian participants, they are often from less understood or often-stereotyped denominations themselves—Orthodox Christians, Catholics, the aforementioned Christian Scientists. We also have some mainline Protestants (such as Anglicans and Methodists). But we tend to lack one specific group—evangelicals.

We’ve had a couple of evangelical participants. But almost half of the 21 religious life groups on campus are evangelical. So where are the rest?

Of course, this is not a BU-specific issue. Lack of evangelical engagement is a problem in the interfaith movement at large. One of the common fears for evangelicals in interfaith settings is the question of relativism-versus-truth claims. Will I have to give up my belief that my religion is the true one? Will I have to cede to religious relativism and say that, really, all religions are true?

The answer is no. The goal of the interfaith movement is not universalism. It’s not to say that we are all the same and are all right. It is about celebrating the difference and diversity among us. It is about learning to live in community while acknowledging that we all believe our religion is, indeed, the right one (why else would we practice it?). And we need evangelicals, so strong and secure in their convictions, to challenge us on this. Sometimes it is easy to seem inclusive when only interfaith-friendly people, ones who think there might be truth in more than one religion, are present. But that’s not doing the needed work of asking hard questions.

So the interfaith movement and the Interfaith Council want to bring evangelicals to the table. They are welcome here. We will not demonize them; we are about breaking down stereotypes, not perpetuating them. In a nation deeply tied to its Protestant roots, where evangelicals are an important political force and make up more than a quarter of the American population, we need their commitment to a rich and religiously diverse community.

While minority religions feel a need to teach about themselves and strive for acceptance, the majority religion runs the risk of complacency. Christianity is secure in its position. It does not need to explain the meaning of its symbols or the motivations for its practices. It does not need the interfaith movement. But the interfaith movement needs Christianity.

Evangelicals, who speak the language of the Bible Belt and the Midwest—as well as that of the vast global evangelical community—can spread the ideas of interfaith acceptance to places and communities where minority religions may not have access. They can help realize a vision of American pluralism. The American creed promises equality for all, and to realize that for people of all faiths, we need the evangelicals on board.

Abigail Clauhs (CAS’14) is a Unitarian Universalist and president of the Interfaith Council. She can be reached at aclauhs@bu.edu.

POV: What BU Can Learn from Evangelical Christians

There are 11 comments on POV: What BU Can Learn from Evangelical Christians

POV: What BU Can Learn from Evangelical Christians
11
share this