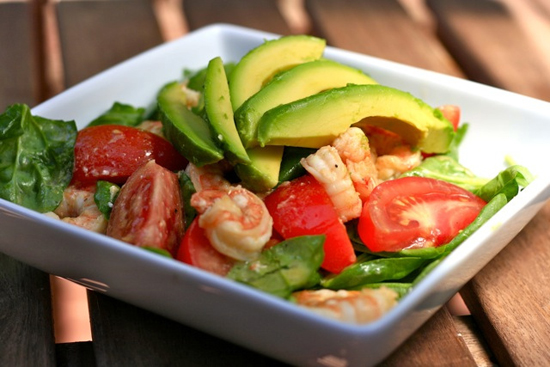 The DASH diet stresses what Mother told you: eat your fruits and vegetables. Photo by Amy Selleck

Can the movie version be far behind? The DASH diet, developed in the 1990s and lauded last year as the best overall weight-reduction plan by U.S. News & World Report, is now in book form.

Just published, The DASH Diet for Weight Loss (Free Press, 2012) could add to the arsenal of books aimed at the current obesity upsurge, says coauthor Thomas Moore, a School of Medicine professor, associate provost of the Medical Campus, and leader of the multi–medical center team that developed DASH.

Moore was a researcher at Brigham and Women’s Hospital when he helped devise DASH. Originally, the team conceived the diet as a way to control high blood pressure, not weight. But several studies confirmed its effectiveness with weight control, among them a Boston Medical Center review, and last year, U.S. News & World Report rated DASH more effective on that score than such popular diet plans as Atkins, Jenny Craig, and Slim-Fast. DASH is similar to the Mediterranean diet—which tied for third in the magazine’s rankings—and emphasizes eating plenty of fruits, vegetables, and whole grains, exercising, and avoiding high-fat, high-sugar foods.

Moore wrote a 2002 book about DASH’s blood pressure–lowering effects, but this is the first book about it that’s aimed at dieters seeking trimmer waistlines, he says. “Given the obesity epidemic we are in the midst of,” he says, “I hope this book will help people use the DASH diet to lose weight in a safe and healthy way and maintain their weight loss.” The new information in the book includes a menu of seven-day meal plans, each with varying calorie levels, tailored to a variety of diets, including vegetarian, according to Moore. The book also includes comments from patrons of the Dash for Health website developed with the plan. Enrollment in the DASH for Health online program is free to BU staff as an employee benefit.

Moore says the diet’s strength is conveying all these benefits and controlling weight simultaneously.

There is 1 comment on New Book Details DASH Diet