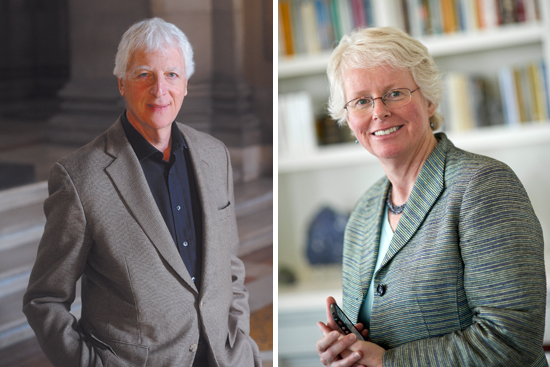 A six-month assessment by a special task force appointed to examine the culture and climate of the BU men’s ice hockey team has found significant deficiencies in the structures and processes that are designed to provide oversight of the program. These weaknesses, in turn, resulted in the supervision of student-athletes’ conduct falling disproportionately and inappropriately to the coaching staff, whose oversight was also lacking. The task force also found that a culture of sexual entitlement exists among some players, and that this, combined with the absence of sexual assault prevention training and education, led to risky behaviors.

“The task force has looked closely at a great deal of information and data relating to the men’s ice hockey program,” says task force cochair Jean Morrison, University provost and chief academic officer. “There are a number of serious issues that need to be addressed by the University leadership to ensure that we are providing effective oversight of the men’s hockey program.”

The task force was convened by President Robert A. Brown last March in response to criminal charges, including sexual assault, brought against two hockey players. Since then, prosecutors have dropped criminal charges against one of the hockey players and accepted a guilty plea to reduced charges of assault and battery from the other.

“The task force has conducted a thorough assessment, and I have already begun to implement a number of their recommendations,” said Brown, who sent a letter to the BU community about the findings. “We will implement the majority of the recommendations as quickly as possible.”

“One observation I would offer based on the work of the task force,” added Brown, “is that the University hasn’t done enough to establish expectations and support structures for our student-athletes who play elite-level hockey. Too much responsibility has fallen on the coaching staff. We will change that as we implement the recommendations of the task force.”

The 16-member task force comprised faculty and staff members, trustees, and overseers, and was headed by Jonathan Cole, chair of the Academic Affairs Committee of the BU Board of Trustees, and Morrison. Its efforts were complemented by those of Michael Glazier, chair of the collegiate sports practice group in the law firm Bond, Schoeneck & King, PLLC, who was commissioned by Brown to look into possible violations of National Collegiate Athletic Association (NCAA) rules and regulations. Glazier found no evidence of major NCAA infractions.

The task force gathered information in a variety of ways, including a general call for input from the BU community, open meetings, and comments submitted online and in letters to the task force cochairs. Task force members conducted 34 interviews and met with members of the BU Center for Gender, Sexuality & Activism and the Student-Athlete Advisory Council.

The task force also found that the hockey team had exploited a “culture of sexual entitlement,” as evidenced by “frequent sexual encounters with women absent an emotional involvement.” According to the report, “The absence of systematic processes for sexual assault prevention training for members of the men’s ice hockey team, and for BU students more broadly, contributes to behaviors that place many University students at risk.”

In response, the task force recommends the establishment of programs for sexual assault prevention training as well as of an office that provides care and counseling for victims of sexual assault and sexual harassment. Such an office, the Sexual Assault Response & Prevention Center (SARP), opened last week at 930 Commonwealth Ave. It will provide around-the-clock assistance and counseling to students who have undergone sexual assault or a traumatic incident of any kind, as well as educational programs for prevention of this behavior.

The report also recommends a review of the Student-Athlete Code of Conduct and of individual team rules to ensure that these reflect appropriate standards for behavior on and off the ice. It also suggests that the athletics department develop a plan to ensure that hockey players and all student-athletes are fully integrated into student life—with particular emphasis on housing assignments and participation in community life.

The report concludes that the hockey team’s disciplinary history does not show a pattern that is significantly different from the undergraduate population as a whole, and it finds no evidence that the problems identified are necessarily unique to Boston University.

The task force recommends 14 corrective actions. Among them:

There are 31 comments on Hockey Task Force Finds Oversight Deficiencies, Culture of Entitlement