Fig. 12.4. A group of oligodendrocytes in layer 5 of the primary visual cortex of a 25 year old monkey.  Pairs and groups of oligodendrocytes become more common with age and their origins are unknown, since it is generally assumed that mature oligodendrocytes do not undergo division. Note the numerous inclusions in the cytoplasm of one of the cells. Although it is not yet known for certain, it is likely that these inclusions are derived from the breakdown of the myelin sheaths that belong to such cells. 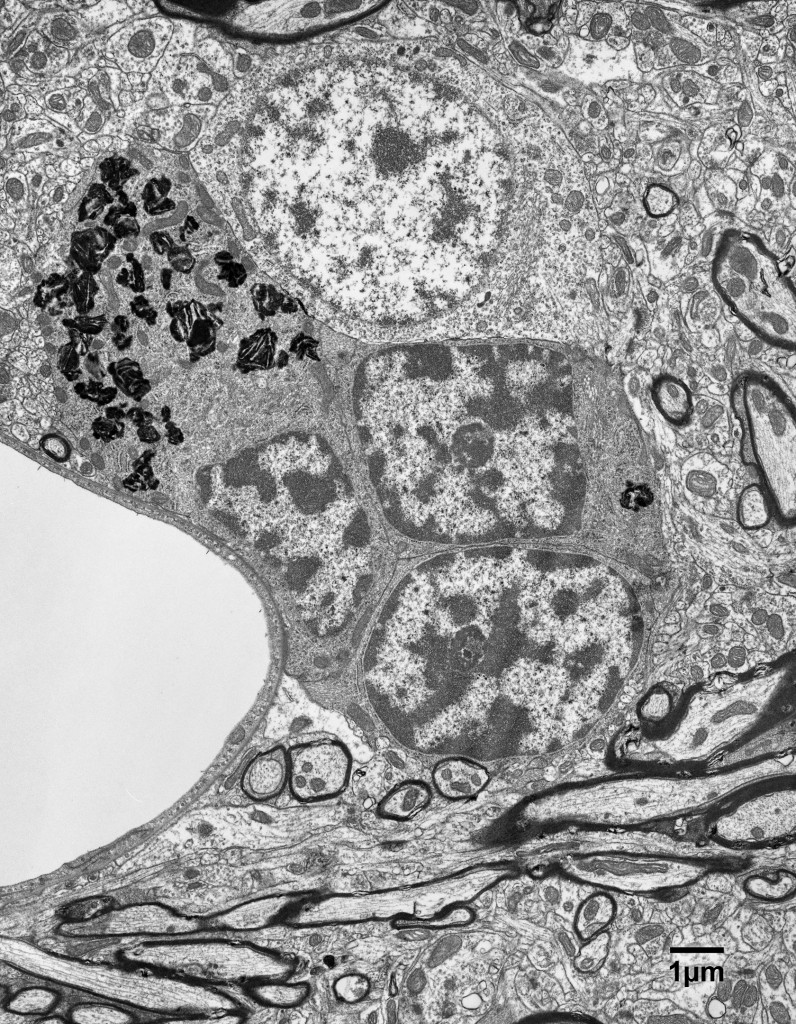