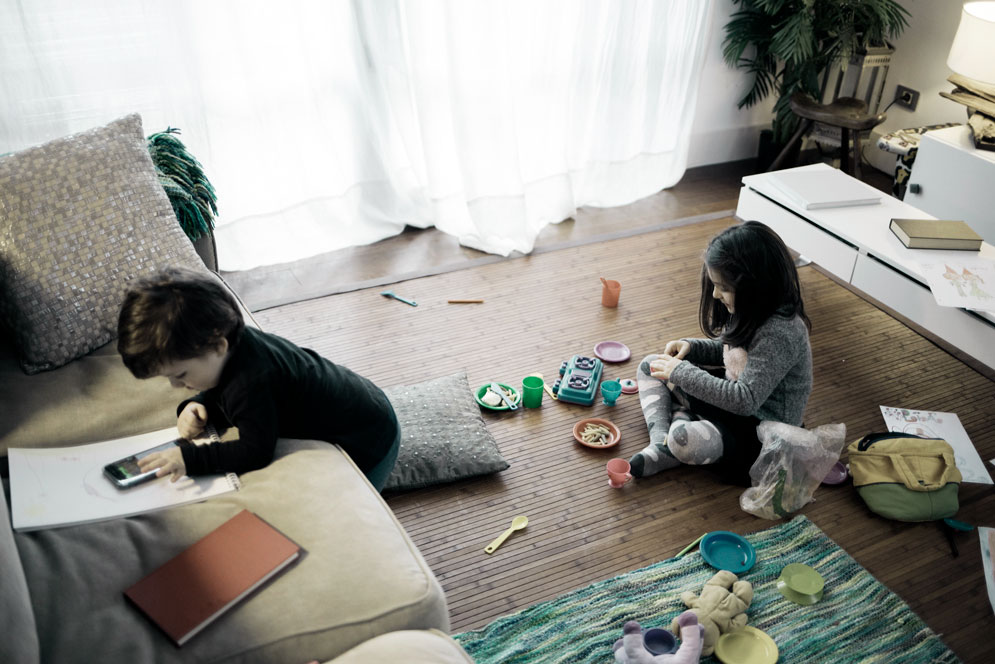 TAKEAWAYS
– Flame-retardant chemicals are absorbed into the body by touching household surfaces and dust
– These chemicals, found in sofas and vinyl floors, are associated with an array of disorders and diseases
– Washing your hands can reduce the amount of chemicals you absorb

The day we spoke for this story, Thomas Webster had been at a Boston University research retreat, where he picked up a chair and read the label stuck to the bottom. He found that the chair met California fire-safety requirements, an industry standard for furniture sold in the US. Although it’s supposed to ease the minds of consumers—assuring them that the chair will not spontaneously combust—that label means the chair very likely contains flame-retardant chemicals.

What kinds of chemicals make furniture resistant to fire—and how does contact with them affect our health? It’s not as simple as looking at furniture labels, which very rarely specify the chemicals used or health hazards associated with them. To properly identify the chemicals contained in the chair he picked up, Webster, a Boston University School of Public Health professor of environmental health, would have to bring a sample back to his lab for analysis.

And that is exactly what he and his research team have been doing. Webster, an environmental epidemiologist, has been studying the toxicity of indoor environments for more than a decade.

“We’ve been trying to understand how people are exposed [to chemicals] and how it relates back to various items, and then, also look at health effects,” Webster says.

His latest findings might have you encouraging your family members to wash their hands more often throughout the day, even if they’ve never left the house. Webster and colleague Heather Stapleton, an environmental chemist at Duke University, have found evidence of a link between flame retardants used in sofa foam and vinyl floors and the levels of semivolatile organic compounds (SVOCs) in toddlers’ bodies.

Over three years, Webster, Stapleton, and collaborators from BU, Duke, and the Center for Disease Control and Prevention studied 190 households in North Carolina and 203 children living in those homes. The team traveled to study participants’ homes, collecting samples such as furniture and floor wipes, dust, and vacuuming debris, and urine and blood samples from participants, among other items.

They found that in homes where sofas contain a flame-retardant SVOC known as PBDE, children had six times the amount of PBDE in their blood as children who lived in homes without PBDE-containing sofas. And, in homes that have vinyl floors, children’s urine was found to have 15 times the concentration of BBP, another type of SVOC, than the urine from children living in homes without vinyl floors.

People are typically exposed to SVOCs by coming in contact with them on surfaces and through dust particles, Webster says, as opposed to volatile compounds, which travel primarily through the air. This makes small children especially susceptible to exposure—since it’s no secret that toddlers are not known for their superior hand-washing skills and also tend to crawl, explore, and play all over a home’s floors and furniture.

“Little kids get dust on their hands, so they get higher exposure to a lot of these chemicals that way,” Webster says. “If you ask people—more so adults—‘how often do you wash your hands?,’ it’s actually a predictor of how much of these chemicals you’ll find in people’s bodies.”

BBPs have been linked to negative health effects such as respiratory disorders, skin irritations, multiple myeloma, and reproductive disorders, according to the researchers. Phthalates—which the “P” stands for in BBP—are a group of chemicals used to make plastics more flexible and harder to break. Also known as plasticizers, they are used in vinyl flooring, as well as food and drink containers, shampoo, nail polish, and numerous other household products.

Studies also suggest that PBDEs can disrupt thyroid hormones in pregnant women and newborns, and have been linked to neurodevelopmental delays, obesity, endocrine disruption, cancer, and other diseases. Although PBDEs have been banned since 2004, they are still found in aging products.

“When you buy a couch, do you throw it away six months later? No, you hold on to it for 20 years, maybe sell it to a used furniture store, and then someone who doesn’t have a lot of money or who is a student buys it,” Webster says. “It then becomes an environmental equity problem.”

According to Webster, oftentimes after a chemical is phased out of manufacturing or banned due to poor health outcomes, it is replaced by another chemical that experts know relatively little about.

“It’s a crazy way to run the planet,” says Webster. “We’re very interested in trying to help the world move toward a more sustainable place where we actually think about the stuff we make.”

Their study, called TESIE (Toddlers’ Exposure to SVOCs in Indoor Environments), was funded by the US Environmental Protection Agency and the National Institute of Environmental Health Sciences, and was presented at the annual meeting of the American Association for the Advancement of Science in Washington, D.C., in February 2019.

Are There Toxins Hiding in Your Sofa? Probably

There are 3 comments on Are There Toxins Hiding in Your Sofa? Probably

Are There Toxins Hiding in Your Sofa? Probably
3
share this