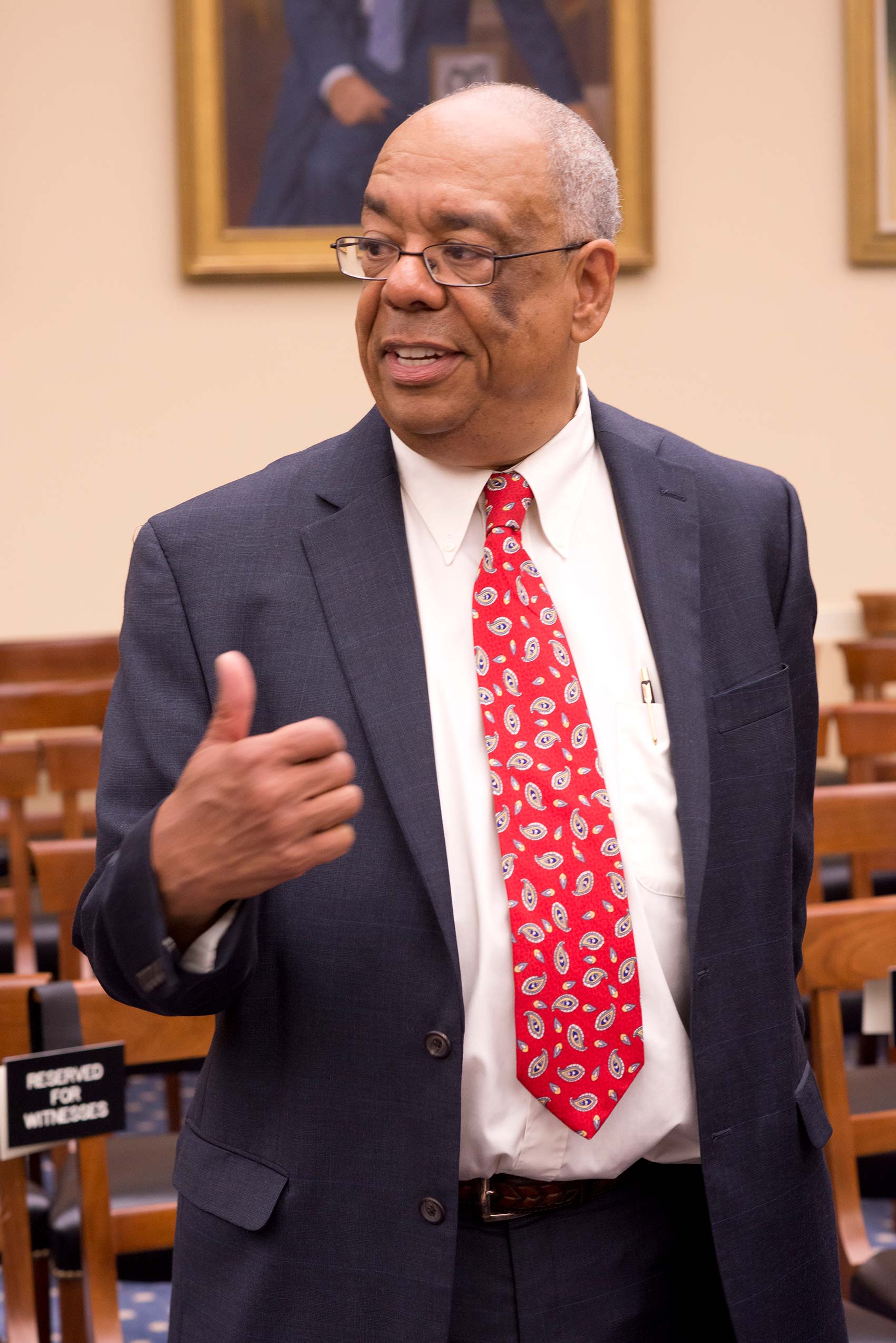 Roscoe Giles, Boston University College of Engineering professor of electrical and computer engineering, has had a career marked by firsts. He was the first black student to earn a PhD in physics at Stanford University, he was the first black chair of the board of trustees of nonprofit research management organization Associated Universities, Inc., and he testified before Congress in favor of the US developing the first exascale computer, which could become one of the most powerful supercomputers in the world. At BU, he helped establish the University’s first parallel supercomputer, a type of computing that employs many processors, all executing calculations simultaneously, to solve very large and complex problems.

Now, Giles is being recognized for his work in advancing diversity and inclusion in the field of computation. For his lifelong efforts, he has been elected a Fellow of the American Association for the Advancement of Science (AAAS).

The Brink: How did you first become interested in computer engineering?

Giles: I actually started out studying physics in college and graduate school, and became the first black physics PhD from Stanford University in 1975. During my time there, the physics department invited us to help with the recruitment and evaluation of additional minority graduate applicants and that process resulted in dramatic successes for the university. My graduation year was followed by a steady and significant stream of minority students each year thereafter.

I joined BU’s department of computer engineering in order to pursue the design and programming of cost-effective parallel computers, since there was a need for less expensive and more powerful supercomputers to do computational physics simulations. A novel approach at that time was to harness the combined power of multiple processors connected by a network to work on the problem. This was a wonderful computer engineering problem to have.

Can you tell us about your work here at BU and beyond?

Ultimately, we helped bring the first of several parallel supercomputers to Boston University. I also helped start the Center for Computational Science in the ’90s. I have continued to work to advance parallel computing for scientific simulations and I have collaborated with a number of national efforts. I also lead educational efforts to advance scientific computing curricula and engage underrepresented minorities and women in computational science. These efforts led to pioneering courses in parallel computing at BU, and are being recognized now by AAAS.

You’ve testified before Congress about exascale computing. Can you tell us more about that technology and what it means for the future?

I was a member and the longest-serving chair of the US Department of Energy’s Advanced Scientific Computing Advisory Committee until retiring from the position in 2015. In this role, I testified in Congress in 2012 and 2013 regarding the Exascale Computing Initiative, which ultimately was funded and will be completed in about 2023.

Exascale will be able to perform a billion operations per second. The only way that can be achieved is by having thousands of computer cores working simultaneously. Now that it looks like it will be achieved, I am helping to look ahead for what the future could hold for this technology.

How are you hoping this fellowship will elevate your work?

I am hopeful that this recognition for increasing participation of underrepresented groups in science will help validate and recognize the many other people who have championed such activities as scientists and professionals, too. As a graduate student in the ’70s, I saw firsthand the importance of creating pathways that invited, welcomed, and encouraged minority students in advanced scientific pursuits.

As a longtime educator, what is the most rewarding aspect of teaching for you?

I have always been interested in the academic environment both for its intellectual freedom and stimulation and the opportunities it affords. I am on sabbatical this semester, but will be teaching Logic Design and Introduction to Engineering Design in spring 2020. The most rewarding part of teaching, and the most challenging, is to have an impact on students’ understanding and ways of thinking and, ultimately, on their lives. It is very rewarding to see students who come back, sometimes years after graduation, and recall some such moments of impact from the time we spent together.

How do you enjoy spending your time outside of BU? Favorite hobbies or book recommendations?

I spend time with my family. We like to travel and see our grandchildren. I read a lot and enjoy movies. We recently saw “Harriet,” which was fabulous, and quite refreshing to see her story told. I’m also a bicyclist and thinking about getting an electric bicycle, since I tried one after being encouraged by BU folks interested in sustainable urban mobility. I think I’ve internalized the topographical map around here and realized an electric bike will make it much easier for exploration. It’s funny how we limit ourselves until we try something new.

Can you share any advice for the next generation of engineers and computer scientists?

I often tell people and students that while you’re starting out in your career, it’s common to spend a lot of time thinking about your subdiscipline, like in computer science or physics, but it’s important to realize that classification should not narrow your perspective or stop you from advancing your knowledge for what else is possible.

If you’re someone in an underrepresented group, like myself, it could be really easy to feel that other people in that discipline know more than you do. It’s easy to feel like you’re in the wrong place and it’s important for us and institutions to acknowledge that feeling, then work to connect and support one another in the spaces we can control. For me, that’s the classroom. Look for role models and ask them how they got to where they are and use that as a measure for reality, instead of what our culture tells us. There were a lot of times I was the only person like me in the room, but you have to bring your own perspective into the room with you. That’s part of our value as human beings.

There are 5 comments on Roscoe Giles Named AAAS Fellow