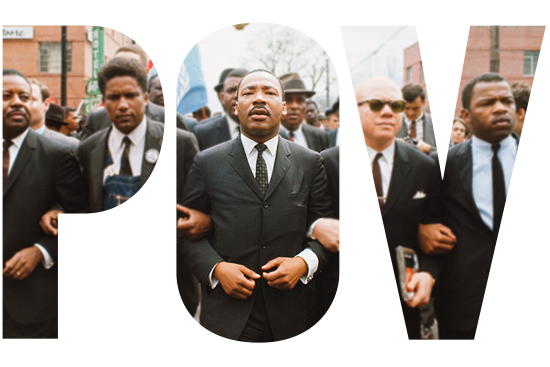 On April 4, 1967, precisely one year before an assassin’s bullet killed the dreamer Rev. Martin Luther King, Jr. (GRS’55, Hon.’59), he made a courageous statement at Riverside Church in New York City opposing the war in Vietnam. I was reminded of Dr. King’s highly publicized plea for nonviolence during a recent visit to the New York Historical Society’s groundbreaking exhibition The Vietnam War: 1945–1975.

As noted in a recent New York Times review, “the exhibit brings many facets into the light: American racial and class divisions, generational rifts, a national culture of violence and a degree of governmental mendacity too crass to be ignored.” Then and now, the issues that consume us as a nation are eerily consistent.

Fellow Boston University alums from that long-ago era will recall the anti-war, anti-draft rallies and protests that disrupted campus tranquility. Everyone on campus that year will also remember hearing the news on April 4, 1968, that the dreamer was shot at 6:01 pm on the balcony of a Memphis motel with aides nearby, including Ralph Abernathy, Andrew Young, and Jesse Jackson. I was a senior at BU, eagerly anticipating commencement, planning a wedding to the student leader of Umoja: BU Black Student Union, and considering a job offer at the Boston Globe.

Prior to that tragic day, I had three indelible encounters with Dr. King. First, on January 24, 1960, the civil rights leader preached at First Baptist, my church in Charleston, W.Va., and I met him briefly with my grandfather, Anderson H. Brown, chair of the trustee board. Second, as a high school student, I participated in the historic March on Washington in 1963 as part of the West Virginia delegation led by the Charleston NAACP, chaired by my uncle, Willard L. Brown (LAW’35,’37), and accompanied by my mother, Della Brown Taylor Hardman (CFA’45).

My final interaction with Dr. King was in New York City while attending a Carnegie Hall benefit concert for the 100th birthday celebration of W.E.B. DuBois in February 1968, his last major public address, just six weeks before his death, where he reminded the audience that “the spirit of freedom is not buried in the grave of the valiant.”

Reflecting on the period following his death, I’m a time traveler, going back to the future to ponder his legacy. It should also be remembered that Dr. King, who earned a PhD in systematic theology at BU, was deeply influenced by his mentor Dr. Howard Thurman (Hon.’67), dean of Marsh Chapel from 1953 to 1965, the first African American dean at a predominantly white university. Indeed, Dr. Thurman is widely credited, by scholars and theologians alike, as helping to shape Dr. King’s message of nonviolence and commitment to peace. It’s ironic that as news of his murder spread on April 4, violence erupted everywhere.

Rioting, looting, and protesting erupted in dozens of US communities in April 1968, including Boston and Roxbury, and reportedly there were 45 deaths, 2,500 injuries, and 15,000 arrests nationwide. Today, memorials and tributes to Dr. King can be found worldwide, including the Martin Luther King, Jr., Memorial on the National Mall, surrounded by 182 cherry trees that “burst into bloom every April, the month King was assassinated, as a symbol of rebirth,” as has been noted in a Time magazine story.

Other tributes in his honor are located at Westminster Abbey in London, the Martin Luther King, Jr., Center for Nonviolent Social Change in Atlanta, the National Civil Rights Museum at the Lorraine Motel in Memphis, and Free at Last, the 20-foot steel and granite sculpture in front of Marsh Chapel on BU’s Marsh Plaza.

As commemorative events occur around the nation this week to remember the 50th anniversary of the tragic loss of a great leader, we must not simply dwell on the nostalgia of the past. Instead, the present and future should be our focus, particularly aligned with today’s youth and their self-determination to shift national priorities and action regarding issues related to gun violence, race, social justice, and the values of our democracy. The proposed expansion of the Howard Thurman Center for Common Ground, the multicultural center with staff and programs to bridge racial and cultural divides in the BU community, is right on track.

The future of our children, grandchildren, and those yet unborn should now take center stage, and we should make that a priority by expanding Dr. King’s vision of a dream that has influenced nearly four generations to renew our commitment to human and civil rights for all people. His words still resonate as we approach this anniversary: “We are now faced with the fact that tomorrow is today. We are confronted with the fierce urgency of now…This may well be mankind’s last chance to choose between chaos and community.”

POV: As It Was for MLK, the Present and Future Should Be Our Focus

POV: As It Was for MLK, the Present and Future Should Be Our Focus
0
share this