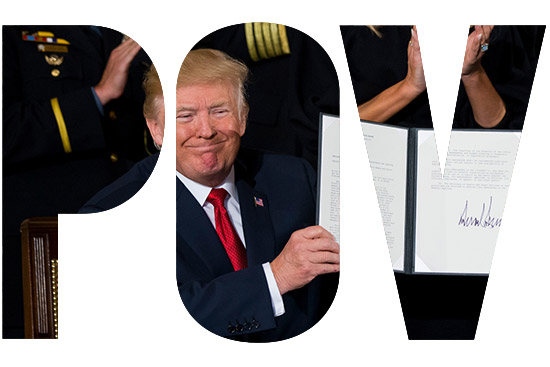 Last week, President Trump announced a national health emergency regarding the opioid epidemic. As physicians who practice addiction medicine, we’re encouraged to see the White House bring the opioid epidemic into the national spotlight. While we’re pleased to hear about Trump’s plans regarding implementation of evidence-based treatments for opioid addiction, we are concerned that without a large influx of resources and monetary support into expanding opioid addiction treatment and prevention programs, these efforts may be unsuccessful.

Trump correctly identified that gun homicides and deaths related to motor vehicle accidents have in fact been outpaced by deaths related to opioid overdose. He noted that the United States is the largest consumer of opioid pain medications and that opioid use disorder has spared no corner of this country. He also brought to light the difficulties of neonatal abstinence syndrome in babies born to mothers who suffer from opioid use disorder.

With regard to combating the opioid epidemic, Trump recognized the efforts of first responders and medical providers who struggle to confront the magnitude of this health crisis. He proposed a multipronged approach that includes allocating efforts and resources towards medication treatment for opioid use disorder, overdose prevention, drug courts, public health campaigns promoting abstinence, and reducing inflow of illegal drugs into the United States.

These approaches are to be applauded. But without the availability of basic health benefits that allow for people to access medication for treatment of opioid addiction or overdose, these efforts are unlikely to meet the needs of the most vulnerable. Trump’s decision to cut critical health care subsidies only undermines our efforts to provide this treatment. In addition, there are too many barriers to accessing treatment for opioid use disorder; we need to promote same-day access to treatment for anyone who seeks it. Trump also plans to allocate funding towards developing “nonaddictive pain medication.” Almost any physician would agree with that goal, but there has already been a long search for these medications, and the likelihood that this approach would be successful is low. In addition, many effective pain treatment strategies, such as physical therapy, are underutilized by both patients and providers due to access and cost, problems that the administration’s current health care plan would only exacerbate.

We would have preferred if Trump had included mention of expanding needle exchange or discussing safe injection facilities, which are evidence-based but admittedly more controversial topics. An additional concern centers around the idea that a “border wall” along Mexico or indicting Chinese drug traffickers will stop the inflow of drugs; we are skeptical that reducing illicit drug supply will reduce the demand for these drugs. Instead, as he stated in his speech, we need to focus on drug demand reduction.

Last, we are concerned about Trump’s focus on abstinence and his personal example of never using drugs or alcohol because of his willpower, and his goal to simply teach youth about drugs by demonstrating “it’s really easy not to take them.” Unfortunately, we know this approach does not work in youth; instead, we need sophisticated, evidence-based prevention programs that teach about drugs, life and social skills, and self-efficacy. In addition, such dismissive and simplistic language about the disease of addiction and how it develops undermines the suffering of those currently struggling with the disease and only adds to the stigma we desperately need to combat as a society.

Overall, while Trump appropriately labeled the opioid epidemic a national emergency, this announcement is long overdue and was not paired with any real-time additional resources to fight the epidemic besides empowering many overstretched federal agencies to do more with the same amount of funding. More federal attention on this deadly disease is a welcome relief. However, there are still multiple layers to addiction and overdose treatment, as well as to prevention, that were not addressed by Trump. We fear that without a more comprehensive strategy, including affordable and accessible health care, our country will struggle to stem the tide of deaths that is killing six Massachusetts residents per day.