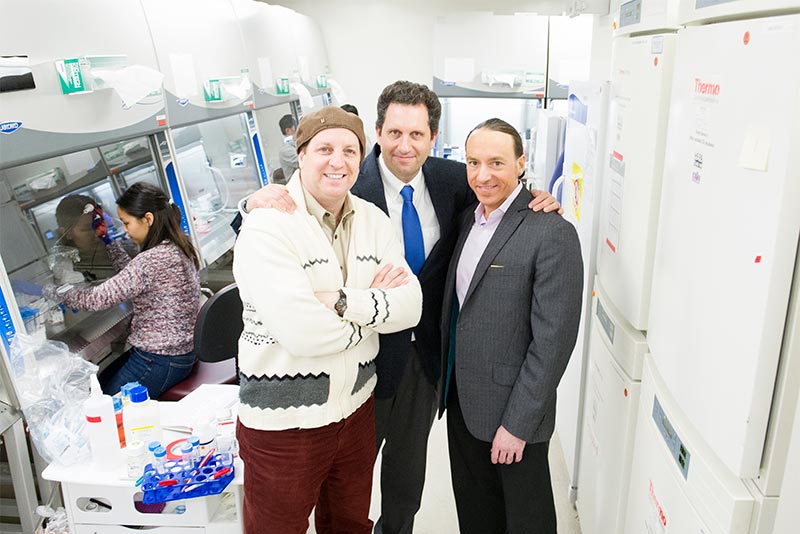 Darrell Kotton, Gustavo Mostoslavsky, and George Murphy began the Boston University Center for Regenerative Medicine (CReM) in 2008 with a mission. It was not to win the Nobel Prize, or launch more spinoffs than their peers, or to make megabucks and retire at 35. Rather, their mantra was both humbler and grander: “decrease the burden of human suffering on the planet, help patients, and advance new knowledge.”

Since then, the lab has made a name for itself not only through its top-notch research on stem cells and lung disease but also because of its willingness to share the resources they create—for free, to anyone.

CReM’s philosophy of openness challenges the cutthroat, hyper-secret culture that dominates many other life science labs. And now the lab’s commitment to “open-source biology,” as it is known, has earned them the 2017 Sharing Research Resources award from the Association of American Medical Colleges (AAMC), established “to recognize successful models for sharing biomedical research resources.”

“There was a lot of skepticism at first that this plan could succeed,” says Kotton, director of CReM, who says his team is “humbled and honored” to receive the award. “But sharing reagents and expertise, without expectation of return, creates a culture of openness that has proven very successful for us.”

“We are very proud that CReM has been recognized both for the quality of their research and for setting a shining example of how science can advance through information-sharing,” says Boston University President Robert A. Brown.

CReM scientists work with induced pluripotent stem cells, or iPSCs, which were discovered by Shinya Yamanaka in 2006. Yamanaka figured out how to take an adult human cell and reprogram it into a stem cell with the ability—theoretically—to grow into any organ. CReM researchers created an efficient technique for reprogramming adult human blood and skin cells into iPSCs, and, in 2009, they began sharing their technology, and the resulting cell lines, free-of-charge with the research community. By 2010, the CReM investigators, whose work is funded by the National Institutes of Health (NIH), the Massachusetts Life Sciences Center, and others, had published a large number of patient-specific iPSC lines, including the first 100 distinctive to lung disease.

Kotton says that the award acknowledges not only the work of CReM, but of all the other labs and institutions who have joined them in this venture into scientific sharing. “Just the fact that an award like this exists,” he says, “shows that this way of doing research has value.”