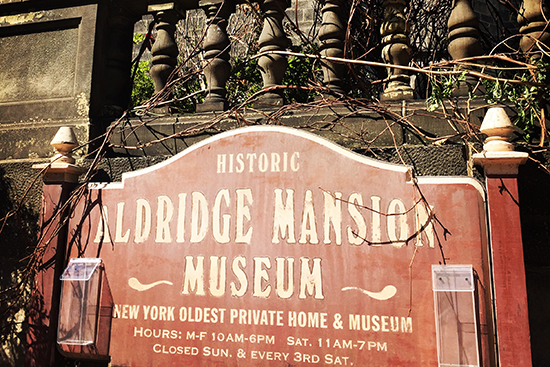 Look closely and you can spot a typo in the sign. Photo by the BU Alumni Association

Eugene O’Neill is said to haunt the fourth floor of Kilachand Hall (formerly Shelton Hall), but that’s not what drew the team behind the new Ghostbusters reboot to BU. It was the gothic architecture of the BU Castle, which appears in the film as the Aldridge Mansion Museum, that captured the attention of the film’s location scout.

Scheduled for a July 2016 release, the new female-driven horror-comedy is directed by Paul Feig (Freaks and Geeks, Bridesmaids) and stars Kristen Wiig and Melissa McCarthy. Filming began in Boston in June under the codename Flapjack and in mid-August the Castle got its star turn. The original Ghostbusters, starring Bill Murray, Dan Aykroyd, and Sigourney Weaver, was released in 1984.

Nicolle Paeglow, the Castle’s associate director of finance and administration, says the historic Tudor mansion is on Hollywood’s radar after appearing in scenes in films like 21 and The Company Men. She says the production team originally hoped to use both the inside and the outside of the building, but scheduling constraints limited them to a one-day exterior shot, which was wisely done when classes were not in session.

The film’s set decorators came in the day before to transform the Castle into the Aldridge Mansion Museum, reputedly “New York’s oldest private home and museum.” No green slime was used, but Paeglow says they attempted “to make the outside of the Castle look a little more abandoned, took the flowers and landscaping out, and put the sign up.”

The crew arrived the next day at 5 a.m. to start setting up and filming began at 11. At least 75 extras were used, and Paeglow spotted stars like Wiig, McCarthy, Kate McKinnon (Saturday Night Live), and Zach Woods (The Office). After the excitement died down, Facilities Management & Planning replaced the flowers and landscaping.

Interested in a bit of trivia? Look closely at the sign and you’ll note that there is a missing apostrophe and letter “s” in the phrase “New York’s oldest.” We won’t hold it against them.