Betsy Polatin’s subtle craft is not easy to describe. But her students are happy to expound on the results: after her course, they say, they are more focused, more confident, and more at ease with their bodies. A longtime practitioner of the Alexander technique and a master lecturer at the College of Fine Arts School of Theatre, Polatin refers to the century-old system as “a practical method for self-improvement.” In the introduction to her new book, The Actor’s Secret: Techniques for Transforming Habitual Patterns and Improving Performance (North Atlantic Books, 2013), Polatin recalls that after her first Alexander lesson many years ago, she thought, “This is still me, but not the me I always knew.”

With a light, empathetic touch, teachers of the Alexander technique help people identify and rid themselves of habits caused by a lifetime of stress. As children, most of us moved fluidly, without self-consciousness or tension. But over time our bodies have a way of sabotaging our well-being with quirks in the way we hold our heads, sit in a chair, speak, sing, or lean forward to open a door. We could all benefit from simple adjustments, says Polatin, who works mainly with actors and musicians. 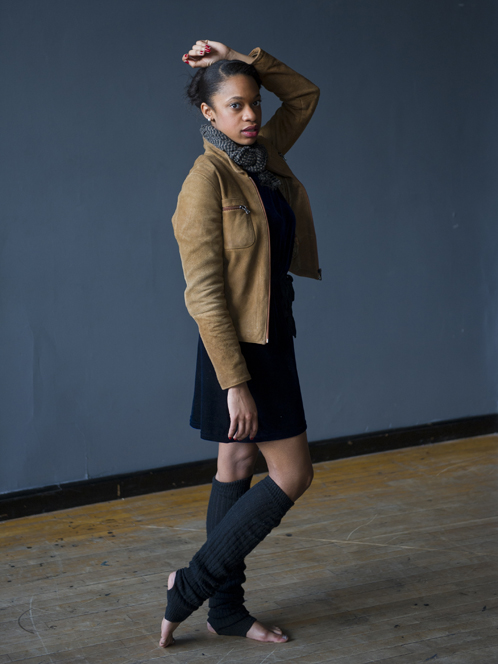 The long, stellar list of performers who have used the technique includes Oscar-winning actors Judi Dench, Hilary Swank, Ben Kingsley, William Hurt, and the late Paul Newman and musicians Paul McCartney, Madonna, and Sting. But anyone can benefit from it, and studies have found that it’s helpful not just for movement and speech, but to treat post-traumatic stress disorder. Involving a light touch with a broad scope, the technique was developed in the early 20th century by Frederick Matthias Alexander, a Shakespearean actor who began losing his voice. When doctors could find no physical pathology to explain it, Alexander hypothesized that his breathing and body positioning were to blame.

“When we let go of some of our habits and patterns that keep us locked in a certain way, we see there are all these other choices,” says Polatin, who has been teaching the Alexander technique for decades. “The work is so much about changing those patterns.” For example, a person may walk a little bit hunched forward, but doesn’t realize it, she says. “And so when you point it out, and get them upright, it’s like the world looks different to them. Their vision is different. They feel different.” Although the technique complements other mind-body disciplines such as yoga and tai chi, it is unique in its concept of use and misuse and how subtle that can be. It’s not simply about alignment and posture. “The concept is very valuable because the idea of posture implies that there is one particular place everybody should be in. But it’s kind of ridiculous to think that just one position entails good posture,” she explains. “So the term ‘use’ implies that I can be in many different positions and still functioning in a healthy way.”

Like grandma’s chicken soup, the Alexander technique can’t hurt; it involves none of the often-vigorous, sometimes perilous physical demands of some yoga styles or yoga-Pilates blends. But in the hands of an experienced practitioner like Polatin, those who practice the technique find it alleviates repetitive strain injuries, backaches, tightness in the neck and shoulders, and cramping from hours anchored in front of a computer screen. For singers, musicians, actors, dancers, and athletes, it can mean a dramatic improvement in one’s game, Polatin says, and she dedicates her book to “those who have the courage and willingness to pursue change in themselves.”

“I find that it is far easier to express myself.”–Jesse Garlick (CFA’14) 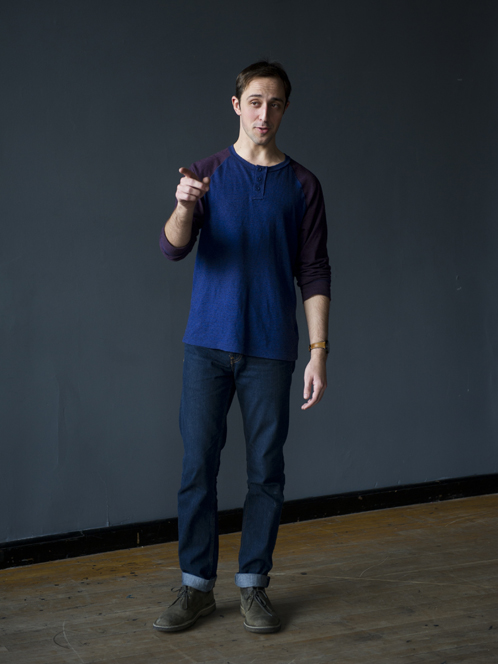 “Before discovering the Alexander technique, I was someone who approached life and my art through tension, and as a result it was tougher for my vulnerability to come through,” says acting major Jesse Garlick (CFA’14). “Now, after working with the technique for three and a half years, I find that it is far easier to express myself in every walk of life because of the ease and grace I have found in the class.”

The technique is something that, once you learn it, you continue to do on your own, says Polatin. “One of Alexander’s ideas was that it didn’t make sense to exercise for an hour a day and for the rest of the time walk around all slumped over and not really caring about what you’re doing with yourself.” Through subtle, deliberate exercises, like head movements or slow, carefully aligned bends and squats, the technique, she says, “encourages you to think about what you are doing until you catch yourself and say, oh, I want to do something a little more efficiently.” Breathing is crucial, too. “Most people tend to breathe shallowly—as students do things like texting, they hold their breath, or actors preparing to go on stage hold their breath, and the technique helps them realize that.”

Polatin is so accustomed to the technique that when asked to describe how it changed her life, she replies, “That’s kind of liking asking a fish how it lives in water. The way I think about that work and how I think about myself is so ingrained, such a part of my life and my response pattern. I find it very beneficial in terms of ease of movement, in terms of relating to people.” She used to be a modern dancer and has always been captivated by how people move. “How can you move to feel better?” graduated, she says, to, “what aspects of myself are involved in the way I move? If instead of narrowing in on myself, I live more in the world, I feel like a different person.”

“I really think continuing with it will add years to my life.”­–Casey Tucker (CFA’14) 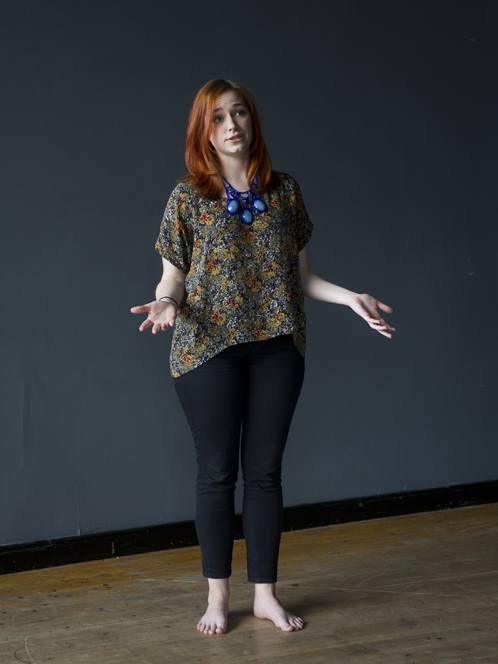 Polatin’s book has earned plaudits from Academy Award–winning actress Olympia Dukakis (SAR’54, CFA’57, Hon.’00), five-time Tony Award–winning producer Stewart F. Lane (CFA’73), and My Dinner with Andre director and actor Andre Gregory. They’ve all experienced or witnessed the effects of applying Alexander’s transformative teachings. Polatin devotes a section of the book to trauma, specifically as it relates to the Alexander technique. “The concept of trauma includes any situation that is overwhelming or difficult,” she writes. It can be a lack of communication or range from an organic memory of something that happened in the womb to the startling effect of a slammed door. The technique is directed at relearning the ways the body remembers and stores trauma, says Polatin, who finds in her work with actors that every pattern of tension—a clenched fist, a catch in the voice—is connected to a trauma large or small, and often one that actors don’t immediately recall. The technique teaches people to pay attention to the sensations in their bodies, a process called tracking. Going back and forth from the overwhelming sensation to a pleasant—and present—one, is called pendulating. The book offers a step-by-step guide to the process.

Students come to Polatin expecting to learn ways to improve their performance. But the experience is often life-changing. She calls it “the expanded self.” And it can be quite powerful. “What happens is the students will do a monologue and then we work, and we get more space inside, more opening in the whole body and less constriction, and they begin to speak, and all of a sudden they get scared because of the resonance, the booming sound of their own voice.” And then, she says, the students get used to that. “And that’s part of the work. Getting used to your own expanded self.”

This story was originally published on April 28, 2014.

Teaching “the Expanded Self”