HOW DO OBJECTS CHANGE SHAPE?

Slender structures are ubiquitous. Commonly described by rods, plates, and shells, these thin structures are embodied by carbon nanotubes, air plane wings, blood vessels, spider silk, contact lenses, and human hair. The mechanics of these thin objects are fascinating because geometric nonlinearities will arise even as the material properties remain linear – hair will curl and tangle, skin will wrinkle, nanotubes can bend and buckle, and spider webs will elongate to several times their original length. We are interested in understanding and controlling the mechanics, physics, and geometry of these thin structures, and our lab aims to harness material and structural instability for advanced functionality.

Our research has utilized elastic instabilities to pattern surfaces with deformable shells, described the mechanics of wrinkling and folding thin films, and quantified the dynamics shape change of snapping beams and shells. We have utilized the swelling of elastomers as a means for controlling beam bending, and electrically active polymers for the controlled deformation and buckling of thin structures to control microfluidic fluid flow.

Currently, the open questions our group are trying to answer include: Can you create a smart needle that is capable of navigating through gels and granular media? Can we harvest energy from the snap-through of a shell? Can we tune geometry to grow structures into desired shapes? If you are a student interested in exploring the connections between classical physics, geometry, and engineering, please email me at dpholmes [at] bu [dot] edu.

What can we learn from the physics of a slinky? How these materials are inspiring engineers to embrace instability for advanced function. pic.twitter.com/mTcFHwIxnS 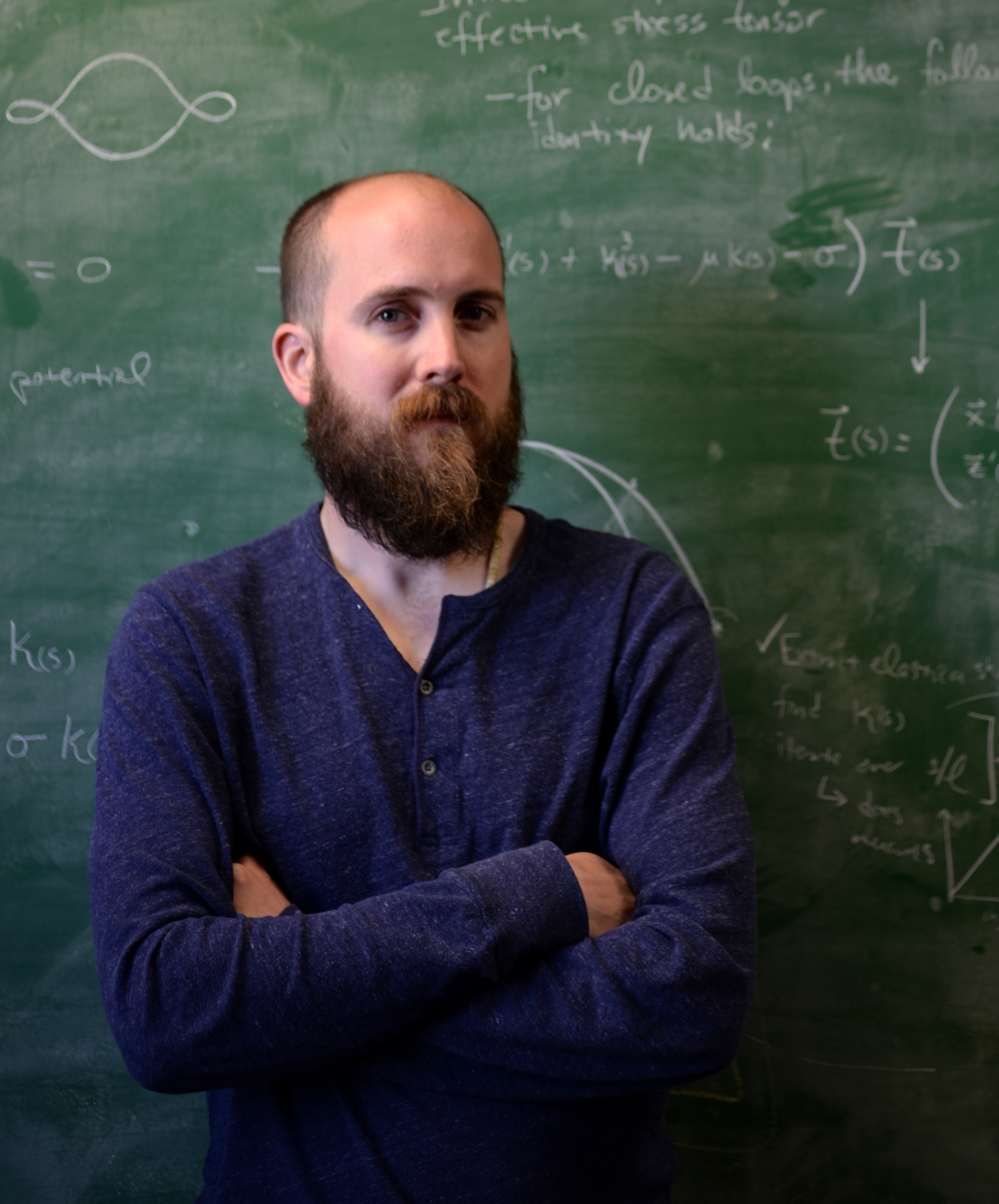