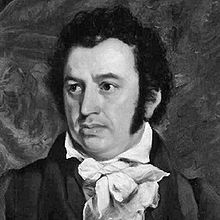 Morrison was born in Buller’s Green, Morpeth, Northumberland, England, and grew up at Newcastle-upon-Tyne. Following a rudimentary education, he was apprenticed to his father as a last and boot-tree maker. He joined the Presbyterian Church in 1798. Following the death of his mother in 1802, he decided to prepare for missionary work. He studied at Hoxton Academy, North London (1803), and at the Missionary Academy, Gosport, Hampshire (1804), where David Bogue, one of the founders of the London Missionary Society (LMS), was principal. The LMS appointed Morrison as a missionary and he then studied medicine, astronomy, and Chinese in London. Following ordination in January 1807, he sailed for China by way of North America. He married Mary Morton (see Mary Morrison) in Macao on February 20, 1809, and the same day was appointed translator to the East India Company (EIC), which gave him a legal footing for remaining on Chinese soil. His years in China were marked by constant tension with a government that discouraged its people from contact with foreigners. Morrison divided his time between official duties with the EIC, by which he supported himself, and and his missionary and literary work. In 1813 he completed a translation of the New Testament into Chinese; it was published the following year. Chinese officials reacted with hostility and this alarmed the EIC, which nevertheless retained Morrison. In 1817 he was Lord Amherst’s interpreter on an abortive mission to Peking (Beijing). In recognition of his work as lexicographer and translator, the University of Glasgow conferred its D.D. degree on him in 1817. Soon after arriving in China, Morrison proposed establishing a base on Prince of Wales Island (later known as Penang, off the west coast of Malay Peninsula) for training missionaries in Asia. He envisaged a triennial missionary conference. With is colleague William Milne, he founded the Anglo-Chinese College at Malacca in 1818. Together they completed the translation of the entire bible in 1819. Morrison’s wife died in 1821, and he returned to Great Britain in 1823 with a collection of several thousand Chinese books, which were eventually deposited with University College, London. In 1824 he became a fellow of the Royal Society (FRS) and helped establish the short-lived Language Institution in London. That year he married Eliza Armstrong. In 1826 the Morrisons returned to Canton, where Robert died eight years later. He regarded his translation of the Bible as only a first step, a work that would be superseded by others in the future. His magnum opus was his three-volume Chinese-English dictionary (1815-1823). In addition, he wrote a Chinese grammar and several treatises on language. He translated hymns and a prayer book into Chinese and wrote various tracts and articles.

Milne, William. A Retrospect of the First Ten Years of the Protestant Mission to China: (Now, in Connection with the Malay, Denominated the Ultra-Ganges Missions) Accompanied with Miscellaneous Remarks on the Literature, History, and Mythology of China &C. Malacca: Printed at the Anglo-Chinese Press, 1820.

In the public domain, and available at: http://en.wikipedia.org/wiki/File:Robert_Morrison_1782-1834.jpg