New England missionary to Indian tribes of the middle colonies 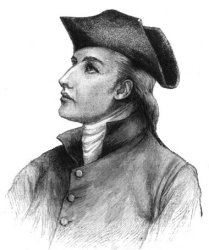 Born to a farming family in Haddam, Connecticut, Brainerd soon turned his aspirations to the clergy and a life of study. The early death of his parents, combined with a naturally melancholy personality, caused him to be morose and to fixate on the brevity of life, so that his religious life was characterized by prolonged depressions punctuated by ecstatic experiences of God. He began to study for the ministry at Yale College in 1739. During his first year he showed signs of the tuberculosis that was to end his life prematurely. During the following year, the New Light preaching of George Whitefield and other itinerants such as Gilbert Tennent and James Davenport gained many adherents at the college, including Brainerd, and he became involved in a separate church founded by students. In November 1741 he was reported as saying that one of the local ministers who was a college tutor had “no more grace than a chair.” Determined to snuff out the New Light among the students, the Yale Corporation, led by its rector, Thomas Clap, expelled Brainerd for refusing to make a public confession.

Officially barred from the ministry, Brainerd nonetheless became an itinerant preacher, filling pulpits of New Light sympathizers throughout New England and New York. In the process he gained the admiration of many clergymen, including Jonathan Dickinson, a Presbyterian minister of New Jersey and commissioner of the Society in Scotland for Propagating Christian Knowledge. Dickinson in 1742 first proposed that Brainerd become a missionary. To prepare himself, in 1743 Brainerd went to work with John Sargeant, missionary to the Stockbridge Indians. He was ordained by the Presbytery of New York in 1744. From 1743 to 1747 he ministered to the Indians in western Massachusetts, eastern New York, the Lehigh region of Pennsylvania, and central New Jersey. At the New Jersey Bethel mission (near Cranbury), he achieved his most notable successes. Out of his experiences here came the publication of two installments of his journals that described both the revivals among the Delaware Indians and his own spiritual turmoil and exultation. 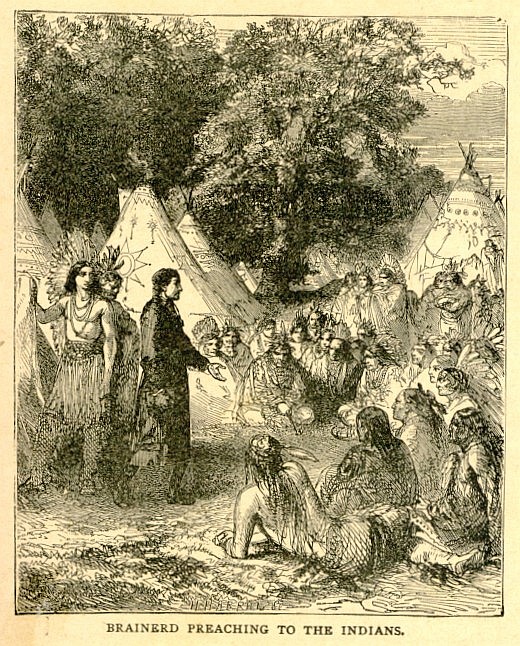 For all of his zeal, however, Brainerd’s constitution could not stand up to the hardships of wilderness living. In April 1747, seriously weakened by tuberculosis, he left New Jersey for the home of his friend Jonathan Edwards in Northampton, Massachusetts, where he died in October.

In 1749 Edwards published An Account of the Life of the Late Reverend Mr. David Brainerd, drawn from Brainerd’s extensive diaries and supplemented by Edwards’s own commentary. Edwards sought to portray Brainerd as a model of Christian saintliness who manifested his faith in good works and self-sacrifice, expurgating many passages that recorded Brainerd’s depressions and enthusiasms. Over the centuries, this work has achieved international fame, has gone through countless printings, and has inspired many missionaries in pursuing their call.

An Account of the Life of Mr. David Brainerd: missionary from the Society for Propagating Christian Knowledge, & pastor of a church of Christian Indians in New-Jersey. Published by Jonathan Edwards; with Mr. Brainerd’s public journal; to this edition is added, Mr. Beatty’s mission to the westward of the Allegheny Mountains. 1798.

The Life of Rev. David Brainerd, Chiefly Extracted from His Diary. By President Edwards. Somewhat abridged. Embracing, in the chronological order, Brainerd’s public journal of the most successful year of his missionary labors. New York: American Tract Society, 1840.

Edwards, Jonathan. The Life and Diary of the Rev. David Brainerd: With Notes and Reflections.

_____. Mr. Brainerd’s Remains, Consisting of Letters and Other Papers.

Brainerd, David. Memoirs of the Rev. David Brainerd, Missionary to the Indians on the border of New York, New Jersey, and Pennsylvania; Chiefly taken from his own Diary, by Jonathan Edwards. Including his journal, now the first time incorporated with the rest of his diary, in a regula chronological series, by Serene Edwards Dwight. New Haven, S. Converse, 1822; St. Clair Shores, MI: Scholary Press, 1970.