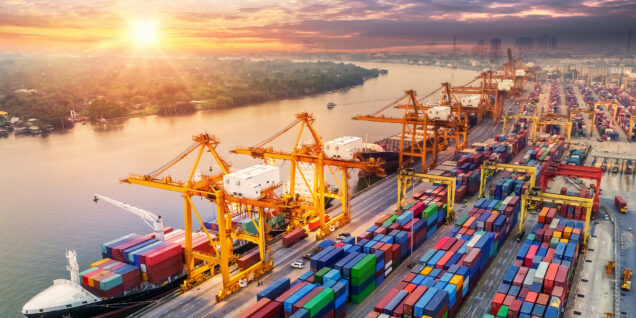 In March of 2018, the U.S. government announced its intent to levy tens of billions of dollars in tariffs on Chinese goods. In response, the Chinese government imposed its own tariffs, thus beginning an ongoing “trade war.” This “trade war” was largely a reaction to allegations that Chinese theft of American intellectual property, particularly in technology , costs the U.S. hundreds of billions of dollars each year.

As recent U.S. – Chinese relations show, international trade and manufacturing plays a crucial role in both the global and domestic economies. More than a mere headline, the rights and abilities of various entities to produce (or reproduce) and sell goods across national borders have been the subject of substantial debate before U.S. federal courts and the International Trade Commission. The results of that debate have drastically altered the legal terrain that businesses must traverse when transacting across international borders.

This symposium will examine the scope and boundaries of intellectual property protection for U.S. patents, trademarks, copyrights, and trade secrets in the context of an increasingly globalized business climate.