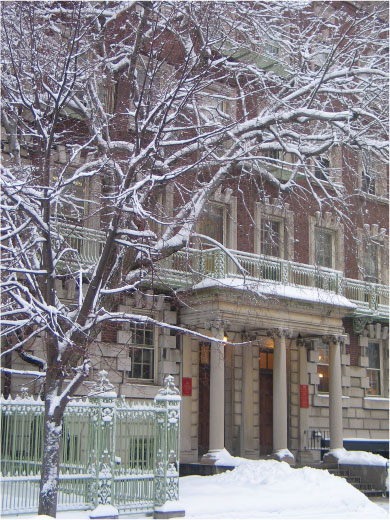 About the Editorial Institute

The Editorial Institute at Boston University, which began instruction of students in 2000, was formed with the conviction that the textually sound, contextually annotated edition is central to the intellectual life of many disciplines. Its primary aims are the promotion of critical awareness of editorial issues and practices and the provision of training in editorial methods.

The Institute offers advanced degrees (MA and PhD) to students who successfully prepare either editions of important writings, with textual apparatus and annotation, or monographs concerned with editing or textual bibliography. Guidance to students is provided through courses that cover such topics as: establishing an authoritative text; the practice of annotation; current technologies for storing, disseminating, or editing information; legal and professional considerations concerning copyright and intellectual property; historical changes in the concept of authorship; and recent theorizing about texts.

Admissions to the Institute’s Ph.D. program are currently on hold.

Students are encouraged to think widely about the applications of editing: to letters, sound archives, oral transcripts, music, manuscript fragments, legal and historical documents, journalism, notebooks, anonymous writings, and marginalia, as well as to the literary and philosophical writing most often associated with the idea of the edition. To learn more about student projects currently supported by the institute, see profiles of our current MA and PhD candidates.

The Institute enjoys the cooperation of the Howard Gotlieb Archival Research Center in the Mugar Memorial Library at Boston University. Some of the remarkable holdings include The Historical Manuscript Collection, which consists of literary and historical letters, documents, and manuscripts with particular strengths in British literary manuscripts of the nineteenth century, and in letters and documents of American statesmen from the revolutionary period through the twentieth century. Two examples of highlights of the Collection are seven short poems in Samuel Taylor Coleridge’s own hand, and a letter in the hand of John Jay, first Chief Justice of the United States. The Abraham Lincoln Collection includes books and pamphlets by Lincoln, as well as some seventy manuscript letters and documents. The Alice and Rollo G. Silver Collection is composed of private press books, a superb Walt Whitman collection, and a fine group of works by and about Joseph Conrad. The Richards Collection contains manuscripts, etchings, engravings, signed photographs, and historical readings from such notable literary figures as Carlyle, Coleridge, Hardy, Lawrence, Stevenson, Tennyson, and Yeats.

The School of Theology Library at Boston University has its own archival collections. Most noteworthy are the Early Printed Bible Pages collection and the Medieval Manuscripts collection. Additionally, the cities of Boston and Cambridge offer a remarkable range of libraries: among others, the Houghton and Widener Libraries at Harvard University, the Boston Public Library, the Boston Athenaeum, the Burns Library at Boston College, and the Museum of Fine Arts. Further, there are in Boston and its environs a larger scholarly and cultural community alive to editorial concerns: in universities, museums, publishing houses, literary agencies, and the scholarly book trade.

The Editorial Institute is affiliated to a wide range of academic disciplines within the University, and its work will prove pertinent to a variety of fields, including publishing, serious journalism, and librarianship.

Graduates have moved on to jobs in publishing, teaching, and bibliographical and archival work. Several publications derived from their MA and PhD work have appeared or are under contract with publishers, including Elected Friends: Robert Frost and Edward Thomas to One Another, an edition of letters, poems, and reviews related to the friendship between the two poets; a contribution to Pickering and Chatto’s Works of Elizabeth Barrett Browning; an annotated Wind in the Willows; a collected poems of John Crowe Ransom; and a discography of the Harvard Vocarium. Complete profiles of some of our recent graduates can be found here.