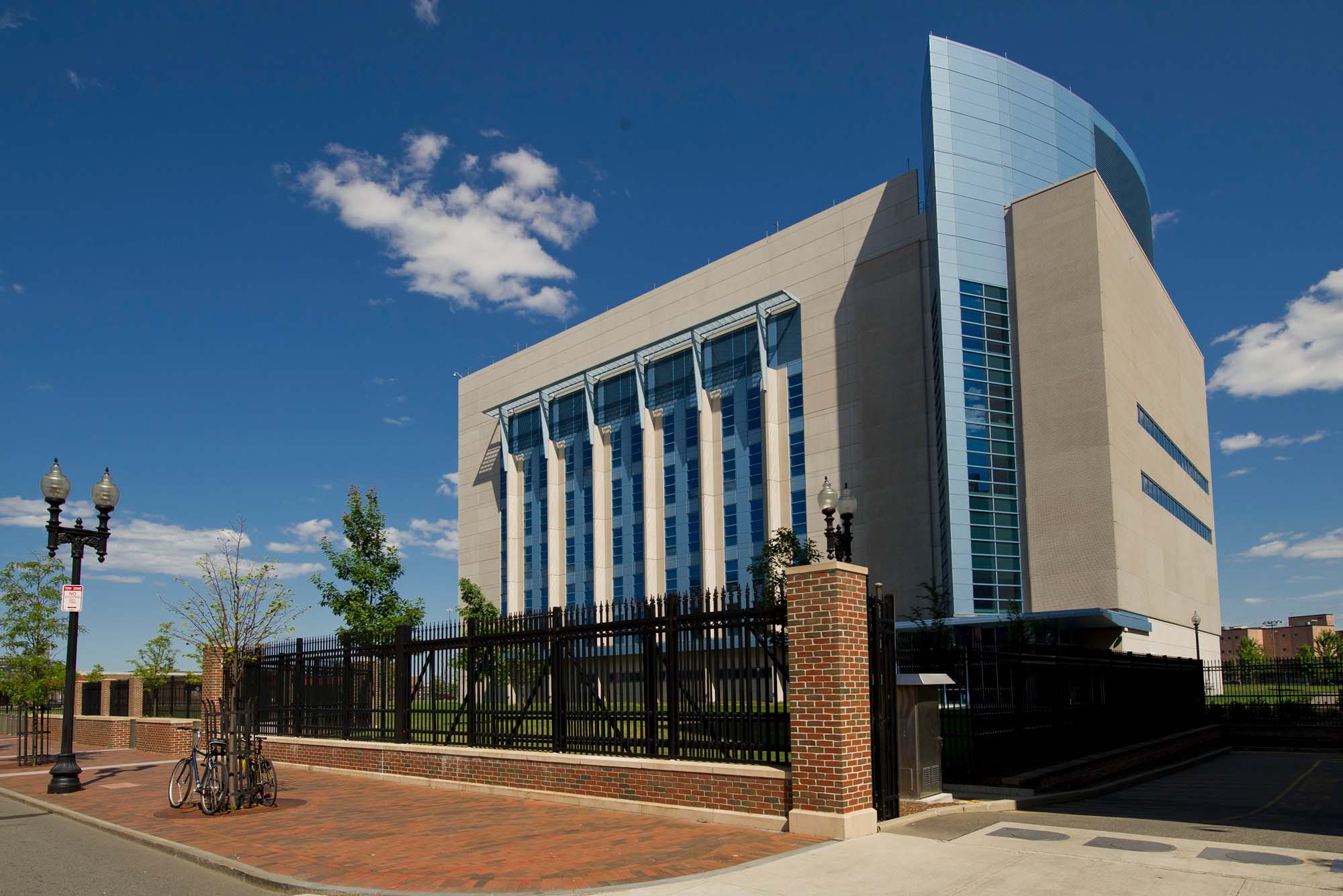 Boston University has responded to a National Institutes of Health (NIH) request for more information about how researchers cited funding in a COVID-19 study paper that sparked international headlines in mid-October.

The research, conducted at the University’s National Emerging Infectious Diseases Laboratories (NEIDL), looked at why the Omicron variant seemed to make people less sick than those infected with the original coronavirus strain. In a preprint paper outlining their findings, BU scientists said they hoped their efforts would lay the groundwork for future targeted therapeutic interventions. But a series of flawed media reports accused them of manufacturing a more lethal version of the virus—even though they had actually made a less dangerous version. The University and its researchers were quick to refute the false claims, with Ronald B. Corley, NEIDL director and BU Aram V. Chobanian & Edward Avedisian School of Medicine chair of microbiology, telling The Brink that the reports totally misrepresented the study and took its findings “out of context for the purposes of sensationalism.”

After a flurry of stories questioning how the work was funded and overseen, the NIH’s Office of Extramural Research wrote to BU asking for clarification on whether researchers had correctly applied agency award citation guidelines—which cover how to acknowledge the agency in articles and press releases—in their preprint paper. Although the study had been funded by Boston University, the scientists had noted the federal agency’s earlier support in the development of foundational technology, systems, and platforms used in the research. In an October 20 letter to the University, the NIH asked Gloria Waters, BU vice president and associate provost for research, to outline the decision by the study’s authors to cite “the 5 NIH grants in the preprint and what relationship those grants have to the experiment(s) described there.” The letter referenced 2021 guidance on acknowledging federal funding.

Waters replied that the BU researchers were correct to acknowledge two past NIH instrumentation grants—which had supported the earlier purchase of equipment for future shared studies. But she also said they had erred in citing the other three. In each of the latter cases, Waters said that while the research that led to the latest paper drew upon expertise and information from previous NIH-funded studies, the new work was funded by the University and not the federal agency. She said the University would ask the study authors to post an updated version of the preprint study to clarify the use of the instrumentation grants and remove the three unnecessary citations.

(A preprint study is one shared in advance of its full review by peer scientists and publication in a journal; many in the research community have embraced the preprint process as a chance to be more open about their work and expand the feedback they receive to better refine their final papers.)

In her response to the NIH, Waters also said the University would share the 2021 guidance with all of its researchers—who can find it online—and provide clearer advice on acknowledgment practices.

The NIH’s citation compliance questions had nothing to do with the safety or science of BU’s COVID study, and Waters emphasizes that the NEIDL—and this project—observed all safety guidelines. Like all research at the lab, she says, the latest study followed the US Centers for Disease Control and Prevention’s Biosafety in Microbiological and Biomedical Laboratories guidelines and was subject to oversight by the Boston Public Health Commission and BU’s Institutional Biosafety Committee, which includes community members with no University affiliation.

“We care deeply about safety and we have these committees in place not just because we can check the box, but because we truly want this to be a safe environment,” says Waters. “We want to do studies that are safe. We care for the safety of the investigators who are working there. We care for the safety of the community. We also think this is really important work, and that if you can do it safely, the NEIDL is the place to do it.”

The prosaic nature of the University’s latest communications with the NIH is indicative of how quickly the conversation around the COVID study shifted from sensational—but false—headlines about pathogens to nuanced, fact-based discussions about science and citations.

The study was first thrust from its quiet home on an academic website to international prominence by an article in the United Kingdom’s Daily Mail, which claimed the University had manufactured a “deadly COVID strain with an 80 percent kill rate.” Within hours, the story was amplified on social media and by outlets like Fox News—but the reporting was “false and inaccurate,” according to BU.

Although the Daily Mail’s incorrect headlines grabbed attention, more science-based coverage of the research followed in other outlets, including Science, Popular Science, the New York Times, and the Associated Press, as journalists either ignored or corrected the errors in the initial reporting. Within days of the Daily Mail story, the narrative edged in a new direction: whether government regulations of pathogens research were “murky” and lacked clarity.

The discussions around the regulation and safety—and necessity—of this type of work are ones that Waters says BU takes very seriously. And she understands why some people may want additional reassurances about the work happening at NEIDL.

“We’re very empathetic to people who might question whether or not this kind of research should be done,” says Waters. “We’ve all been through COVID. That’s why we understand that people could have concerns about this type of research—and that’s why we are so careful about safety. A facility where you can do this work very safely is really important, and most of all, it’s important to all of us that this work gets done, because it’s very cutting-edge, critical work that could lead to new diagnostics and therapeutics.”