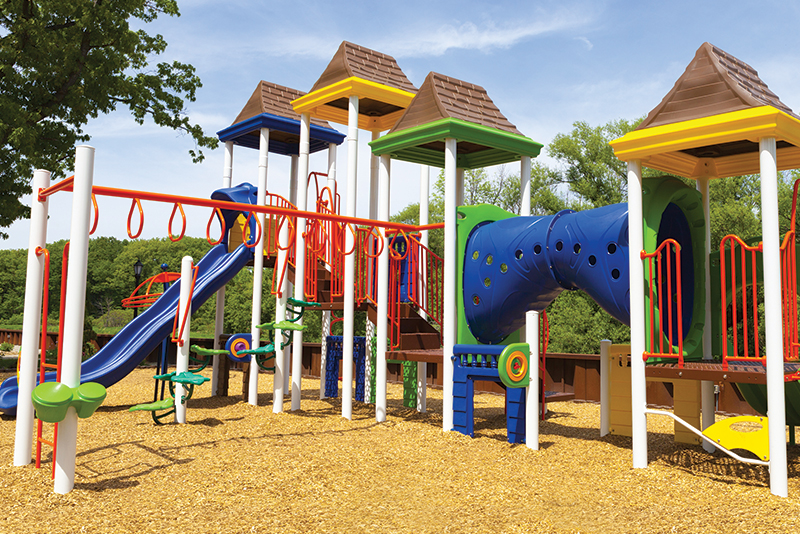 Walking is second nature to most of us. As we navigate uneven sidewalks or step from the street to the curb, our brains are using subconscious motor planning to get our bodies from here to there in one piece. Studies show that children and adults who have a high body mass index (BMI) and who are overweight or obese have a higher risk for injuries when making their way through their environment. Simone V. Gill, an assistant professor of occupational therapy and director of the Motor Development Lab at Boston University’s Sargent College of Health & Rehabilitation Sciences, is researching how those with a higher BMI modify the way they walk, and how their movements might be different from someone whose BMI is in the normal range. She hopes her answers will help the 18 percent of children in the United States who are classified as obese.

In the summer of 2013—shortly after obesity was recognized as a disease by the American Medical Association—Gill conducted a study to find out whether BMI influences the motor planning and motor skills of children as they cross obstacles. The study involved 9 girls and 13 boys, ranging in age from 4 to 13; 12 were overweight or obese. Gill asked them to walk over three obstacles of different heights five times each—one was low, the height of a door threshold; one was medium, the height of a sidewalk curb; and the third was tall, the height of a step.

The children began and ended each series with a walk on flat ground, enabling Gill to compare how they moved when they were not faced with an impediment. She quantified the results using 3D motion analysis, the same technology used in films to make animated characters appear lifelike, she says. “We put markers all over a person’s body, and there are special cameras that track the markers and tell the computer in 3D space how your body is moving.”

While there was no pronounced difference in the way they navigated the medium obstacle, the children who were overweight and obese moved differently over the high obstacle than children with typical BMI. “Instead of lifting their foot high, they hiked it out to the side and slung it over,” Gill says. She was surprised that the children who were overweight and obese also moved differently over the low obstacle, which she had thought would be an easier task. “They raised their foot and toes higher, in the same way the kids with typical BMI raised their foot and toes over the high obstacle,” Gill says. “They seemed to know they were supposed to alter their movements, but they didn’t know how. They also tended to lean forward more. These factors suggest they have difficulty with motor planning, which affects their motor skills and increases their fall risk.”

One of Gill’s long-term goals is to determine whether the obstacle-crossing task could be used not only as a diagnostic tool to identify children who are at risk for falls, but also as an intervention to help minimize the risks. “More work needs to be done to figure out how best to help them, because this is a relatively unexplored area,” she says. She is conducting a similar study on overweight and obese adults, which indicates that having them repeat a task might effect change. That repetition, Gill adds, could also help obese children.

Children and adults who have a high body mass index and who are overweight or obese have a higher risk for injuries.

“I think practice matters,” she says. “I watch football and basketball players do drills that make them faster and better able to leap over people on the field. And that’s what we’re talking about: being able to adapt your movements to what’s happening in your environment. If you have a typical BMI, you don’t have to practice stepping over things; you already know how. But if it’s hard for you, then practicing actually makes you more aware of your body and less susceptible to injury.”

Practice could lead to other benefits. “We know there’s a decrease in physical activity in these kids, but we don’t know a whole lot about the differences in how they move and how that might influence the fact that they’re not moving as much,” Gill says. “An intervention that could help them with their motor skills and motor planning might enable them to go out and play more.” The ultimate payoff? An increase in physical activity, in turn, could help them maintain a healthy weight.

When Every Step is an Obstacle