Two of our Playwriting alums—Abbey Fenbert (Intentions) and Leo McGann (The Honey Trap)—are at the Great Plains Theatre Conference (GPTC) this week as part of PlayLab. Twenty-one PlayLabs are held throughout the Conference week with three staged readings running simultaneously. Playwrights receive feedback on their work from a panel of GPTC Guest Artists, as well as other local and national theatre artists and the general public.

Kate is also there as a Guest Artist, responding to plays! END_OF_DOCUMENT_TOKEN_TO_BE_REPLACED

In Boston Playwrights’ ‘Honey Trap,’ There Is No Escaping Northern Ireland’s Troubles

Memory and terrorists play tricks in Leo McGann’s gripping new play “The Honey Trap.” But they’re not the only deceivers in this dissembling dance of past and present set to the music of The Troubles that rattled Northern Ireland during much of the second half of the 20th century.

“The Honey Trap,” seen here in a professional workshop production by Boston Playwrights’ Theatre and Boston University College of Fine Arts School of Theatre (through Feb. 26), begins in 2014 with an interview that is part of an oral history gathering similar to the Belfast Project undertaken by Boston College in 2001. That project drew international attention when its supposedly confidential interviews with paramilitaries on both sides of The Troubles were subpoenaed in hopes of apportioning blame for some long-ago murders.

I wrote the first draft of The Honey Trap in the Autumn of 2014. I had just moved to Boston for my MFA and was still getting my head around being in a new country and a new city. When Ronan Noone, one of my professors that semester, set me the challenge of writing a play set in my home town, I was drawn to Belfast’s sense of past and present and the fact that one is never far from the other.

Like Boston, Belfast is a relatively small city and is full of history, but much of that history is recent and painful. When I’m home and I turn on the radio, talk shows are still full of callers arguing over the legacy of the conflict and what it means to them—who won, who lost and who is to blame. This play is about a place which is still recovering from its past. 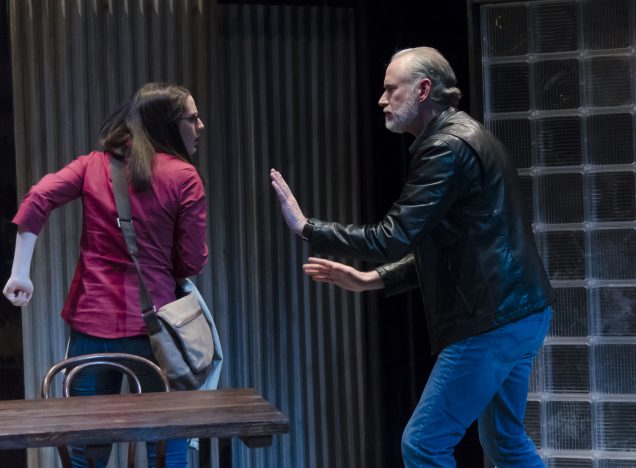 I studied Modern History as an undergraduate, and I was later intrigued by the controversy surrounding Boston College’s Belfast Project. As someone with an interest in both history and storytelling, oral history is something which fascinates me. I didn’t set out in writing this play to portray that specific project but was instead interested in how an oral history could fit in with this sense of past and present and how it could open up old wounds and send a character on the kind of journey my play’s protagonist embarks upon. END_OF_DOCUMENT_TOKEN_TO_BE_REPLACED