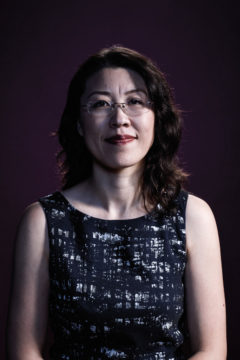 Han joined the biomedical engineering faculty in 2010. She is a pioneer in the field of optogenetics, in which scientists reengineer nerve cells, or neurons, to respond to light, using molecules called opsins. By finding ways to implant opsins into neurons, Han has given researchers a simple tool to turn neurons on and off, and thereby study their function. The technique is now widely used to study brain activity and neurological diseases. Her research interests also include developing novel neurotechnologies integrating cutting-edge genetic, molecular, pharmacological, optical, electrical, and nano tools, and studying the network principles of brain disorders. A Pew Scholar in the Biomedical Sciences and a recipient of the Presidential Early Career Award for Scientists and Engineers, Han and her colleagues are collaborating with BU engineers, biologists, synthetic biologists, and neuroscientists.