We’re excited to announce that our webinar Performing Bach’s St. John Passion: Before the Downbeat is available on YouTube: 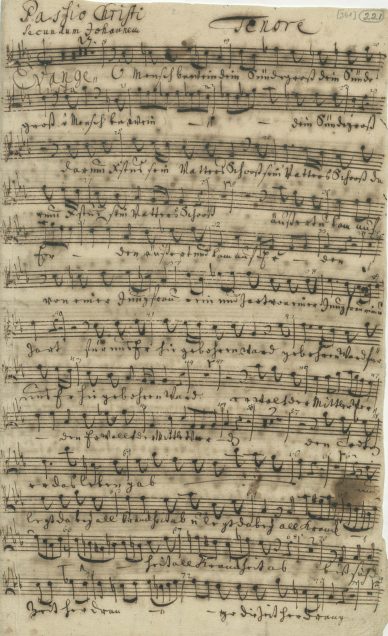 Professor Joshua Rifkin has been named recipient of the European Prize for Church Music for 2020. The prize, given by the Festival of Sacred Music in Schwäbisch Gmünd, Germany (where Joshua will be conducting Bach’s motets in July), is awarded alternately to performers and composers; previous winners have included Arvo Pärt, Sofia Gubaidulina, Peter Schreier, Helmuth Rilling, John Rutter, and Krzysztof Penderecki. The letter announcing the prize referred to his “years-long outstanding engagement in the cause of sacred music as internationally renowned conductor, interpreter, and musicologist.”

The award comes on the heels of Joshua’s having been made an honorary member of the Royal Musical Association – the second non-British scholar and the first American – and, as recently announced, the induction of his recording Piano Rags by Scott Joplin into the Grammy Hall of Fame.