A Q&A with Dr. Rob Martinelle

A new law in Texas (HB 3979) requires educators to present “diverse and contending perspectives” on topics that are debated or controversial. While the law has been scrutinized since it was implemented to ban the teaching of critical race theory, it recently garnered renewed attention when an administrator in one district cited the Holocaust as an example of a topic for which both sides should be represented when being taught in schools.

Rob Martinelle, a lecturer on social studies education at BU Wheelock discusses the law and some of the debates that have grown around it as educators and school districts wrestle with the implications. He also explores the impact laws like this can have on U.S. students’ learning, especially BIPOC students.

Q:  In practical terms, what does HB 3979 mean for educators and schools?

Rob Martinelle: First off, before we can wrestle with the practical implications, we must wrestle with what the lawmakers deem “controversial” and what that word actually means. This law is rife with coded language meant to couch inequitable and bigoted views. Controversy properly defined occurs when there exists conflicting, but equally reasonable and morally defensible, views on an issue or topic.

But that’s not how the word is being invoked in this law; topics like racism, misogyny, and so forth are only “controversial” to the architects of this law because thoughtful discussions about them warrant a type of self-reflection they’d rather avoid. And so, when teachers teach about issues of injustice (as they should), especially those that implicate the ancestors of privileged folks, lawmakers deem it “controversial” so that teachers will either think twice about teaching such material or supplement their teaching with ideas that have no place in the discourse of a democracy.

With that said, this means that educators and schools, at least those that are committed to democracy as it should be, will need to think of creative ways to navigate and resist this law, assuming it can actually be enforced in the first place.

Q: On the face of it, teaching both sides of an issue might seem like a good idea, right? Is there ever a time when it would not be a good idea?

Martinelle: “Bothsidesism,” I would argue, is one of the main ideological culprits of inequity. Of course, teaching both sides of an issue, however binary that sounds, can be a good thing, provided that those sides are equally reasonable.

But it is not defensible to teach creationism alongside evolution in a public school; nor is it defensible to have students debate the “pros and cons” of women’s suffrage.  Implicit within this law is the myth that teaching is apolitical work or that teachers are impartial in their aims.

Q: What effect could a law like this have on a students’ learning experiences?

Martinelle: If this law is actually followed, the harm it can cause students, especially our must vulnerable ones, is great. When teachers “bothsides” an issue or make open a discussion that should be closed, it legitimizes harmful ideas.

While extreme, consider the implications of requiring Mein Kampf as a supplement to teaching Elie Wiesel’s Night and the harm that would cause Jewish students. Or the harm inflicted upon Black students when Jim Crow is treated as a “controversial” issue.  Likewise, consider how much more students who belong to dominant groups would further internalize their dominance as a result of this law.

Q: The law was passed to ban the teaching of critical race theory, a concept that has become a lightning rod for debate across the country. So what does that actually signal about the state of U.S. education?

Martinelle: It signals that American schools and the policies governing them are continuing to operate as they always have—in service of white comfort and prosperity.  We cannot tell the story of U.S. education without discussing and condemning the countless instances of white rage and backlash to initiatives and ideas that would begin to level the playing field.  How different are the angry parents protesting CRT from those who fought bussing and school integration decades ago? History may not repeat itself, but it certainly echoes over time.

Q: In a training for teachers, Gina Peddy, an administrator in Southlake, Texas, said, “And make sure that if you have a book on the Holocaust that you have one that has an opposing [view], that has other perspectives.” The Carroll Independent School District has since issued an apology for her statement, but her words ignited an intense debate across the country. What do you think this incident reveals about the impact laws like HB 3979 could have?

Martinelle: Hopefully, the reaction to the law is more telling than the law itself. I hope it triggers acts of individual and collective resistance from teachers. I hope teachers’ unions especially take note of this and use the leverage they have to protect teachers who are committed to truth and justice.

Q: Outside of the Texas law, are there events like the Holocaust that just don’t have opposing views? How should educators and districts handle something like that?

Martinelle: In my social studies methods course, we often discuss how, while issues like the Holocaust have no defensible argument in favor of it, what could be controversial are the methods by which the genocide should have been resisted or how it should be atoned for.  The latter two ideas can be open while the former should be closed.  And so, I would advise teachers to carefully deliberate, privately and collectively, on what topics and issues should be open and those that should be closed in their classrooms. Controversy is vital to the health of a democracy, provided that the controversy is actually controversial. 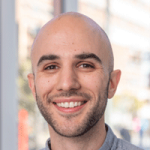 Rob Martinelle is a lecturer in Curriculum and Teaching and Social Studies Education at BU Wheelock. A former high school teacher, his research focuses on reflective teaching, social studies education, and the self-study of teacher education practices.

“The Words, Too, Will Nourish: Teaching Holocaust Literature”

A guest lecture by Dr. Alan Rosen Please join us on Thursday, March 3rd from 5-7 p.m. in SED Room 140 where Dr. Alan Rosen will be presenting  “The Words,… Read more

Have you thought about starting your own school?  Do you have creative ideas for rethinking the way things have always been done?   Boston University School of Education is hosting Innovation Schools:… Read more 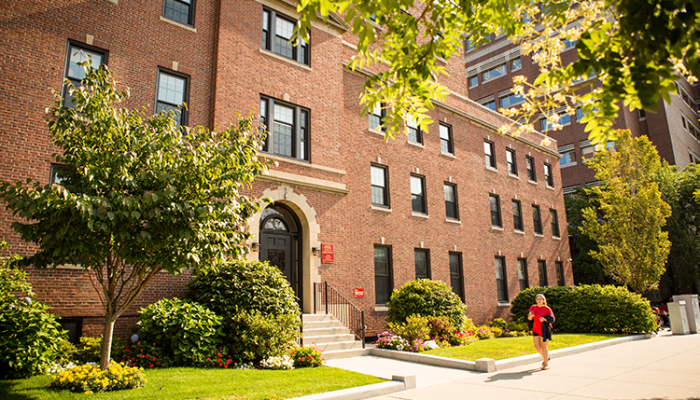 When Schools Require the Teaching of “Opposing” Viewpoints

A Q&A with Dr. Rob Martinelle A new law in Texas (HB 3979) requires educators to present “diverse and contending perspectives” on topics that are debated or controversial. While the… Read more

This #GivingTuesday, Support BU Wheelock’s Center on the Ecology of Early Development (CEED)

This #GivingTuesday, BU is highlighting the University’s commitment to a vibrant academic experience. At BU Wheelock, we know that experience can occur both in and out of the classroom, so… Read more

Interview by Ashley Morrow (BU SPH ’22) Dr. Dina Castro is the Director of the BU Wheelock Institute for Early Childhood Well-Being and faculty in the Department of Teaching and… Read more