In December 2019, I sent Bob Moses a text that I had made the decision to apply to BU Wheelock’s Math and Science PhD program and would love if he wrote me a letter of recommendation. At this point, he and I had debated for several months about which school (and group of scholars within the college) in the Northeast would be the right fit for me.

Bob called me the same day to let me know that he would be honored to write my letter of recommendation.  Looking back, I think Bob simply wanted to ensure that the space I landed in had a consciousness and respect for the long history and struggle from which I had emerged and that my interest in mathematics, computer science, social justice, and research is part of the latest frontier of that struggle.

I first met Bob in fall 2010 when I started working at the Young People’s Project (YPP) when I was in 10th grade. I had not yet heard his name or that of the Algebra Project, which he founded in 1982, but I soon would. As I got to know and work with Bob over the years, I saw many examples of his commitment to raising the floor of mathematics literacy and civil rights in our country, which has impacted countless young people.

During one of my first weeks at YPP, I noticed an older gentleman had begun to join us. He listened quietly for most of the week as my peers and I sorted through the feedback we were receiving from the elementary and middle school students we were teaching in our community math workshops. During our debrief sessions, we tried to figure out how best to incorporate this feedback to create a better learning experience.  Specifically, we were trying to figure out the best way to demystify mathematical concepts relating to the Mobius Function, a mathematical function we had gamified and wanted our students to understand.

On the third day, he introduced himself as Bob Moses, founder of the Algebra Project and dad of Maisha and Omowale Moses, who were co-executive directors of YPP at the time. He asked us a series of probing questions that helped us see that what was impeding the students’ understanding of the concepts we were attempting to teach was the language we were using—we had a naming problem! Bob suggested that our problem was the same issue virtually all math and science teachers face and asked us one final question: If we allowed the students to use their own naming conventions and language for ‘their’ math would they be able to better decode the naming conventions of mathematicians? We said “yes,” and he then replied, “Then that’s what you should do.”

What Bob offered that day set me on the path that I am on today. Since then, my professional working relationships with Bob, YPP, the Algebra Project and the We the People—Math Literacy For All Alliance, have been to strategize and implement innovative solutions to raise the floor of math literacy for students relegated to the bottom 25% quartile.

From the Student Nonviolent Coordinating Committee to the Algebra Project, Bob’s commitments were always to the empowering of disenfranchised people. He understood that people have the capacity to develop solutions to the problems they face. Over the last 11 years, I learned from him that there is an immense amount of power in the statement “If we can do it, then we should.” Not only is it an important statement within the disciplines of mathematics and computer science, but it is even more powerful for grassroots and community organizing.

Bob helped me understand that young Black men like myself have a special kind of sacred responsibility to put our gifts to work in organizations like YPP and in spaces like the academy to broaden participation in STEM in a meaningful way. When institutions like Boston University and BU Wheelock seek and invest in students like me who are connected to organizations like YPP, broadening participation in STEM is something we can do, so we should.

Cliff Freeman is a doctoral student at BU Wheelock studying mathematics and education. He is also director of STEM programs for the Young People’s Project.

As the spring semester concludes, we’d like to take a moment to remember the life and work of Wheelock College alumna Elizabeth Berry Horner. Mrs. Horner, who went by Betty,… Read more 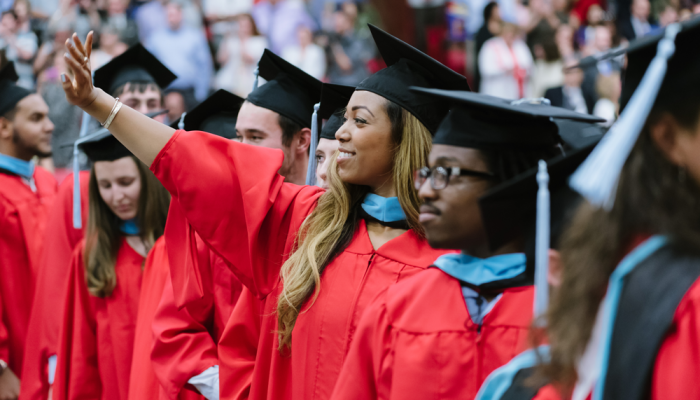 BU Wheelock College of Education & Human Development is honored to welcome back the Class of 2020 for a Recognition Ceremony on: Sunday, October 3, 2021, 9–10:45 a.m. Questrom School… Read more

Interviewed by Yu-shan Huang (BU Wheelock ’21) Zach Rossetti is an Associate Professor of Special Education, with tenure, in the Teaching and Learning Department. His research examines the social belonging… Read more