The researchers seek to answer the question: Does a state policy requiring general education teachers to receive training in working with English learners improve academic achievement?

“We are very excited to move forward with this project” says Dr. Winters. “Policies requiring specialized training for general education teachers instructing ELs are intuitively appealing and spreading rapidly, but to date we lack clear evidence of their effects.”

The study’s abstract, listed on the Grant Foundation’s website, details the research team’s goals and approach:

Since 2008, 24 states have responded to a federal law mandating that public schools address the language barriers facing English-learner students (EL) by requiring or recommending EL-specific professional development for core academic teachers. There is little evidence, however, regarding the effects of such policies on academic performance. This longitudinal study provides the first plausible causal estimate of the effect of requiring general education teachers to undergo EL training on academic outcomes of both EL and non-EL students. The Structured English Immersion (SEI) training is intended to develop teachers’ instructional strategies in making academic content more accessible to EL students and to scaffold students’ English language development.

To examine the policy’s effect, Winters and colleagues will use longitudinal administrative student-level and teacher-level data from the Massachusetts Department of Elementary and Secondary Education on the universe of public-school students and teachers from 2007-08 through 2018-19. The team will use a difference-in-difference approach to evaluate whether the outcomes from students instructed by a particular teacher differ before and after the teacher obtains SEI endorsement. The study will focus EL students’ academic achievement, progress toward English proficiency, attendance, and behavior, as well as potential effects spill-over to the academic outcomes of non-ELs.

“To our knowledge, our study will be the first to use a rigorous quantitative method that is capable of estimating the casual effect of such a policy on student outcomes,”  says Dr. Winters. “We hope that this research will begin to fill an important void in the literature. I also see it as part of an exciting line of work that applies modern quantitative research techniques to convincingly measure the effect of policies and practices that are targeted students who require specialized services such as ELs and students with disabilities.”

The William T. Grant Foundation works to fund research that focuses on “reducing inequality in youth outcomes and improving the use of research evidence in decisions that affect young people in the United States.” The foundation’s namesake grew up in Fall River, MA, becoming an entrepreneur and philanthropist who incorporated the foundation in 1936. Since it’s founding, the foundation has invested in a wide range of initiatives centered around the advancement of children and young people.

This project will mark the first time the Grant Foundation has contributed funding to a study conducted by Boston University Wheelock College of Education & Human Development faculty.

Dr. Zachary Rossetti, BU Wheelock associate professor of special education, has been awarded a Large Education Research Grant from the Spencer Foundation to bolster parent/caregiver and student participation in the… Read more

This January, the Spencer Foundation awarded SED faculty members Yasuko Kanno and Marcus Winters a $50,000 grant to conduct a study on the impact of the “English Leaner” (or EL)… Read more

Professor Nathan Jones, an assistant professor of Special Education, has received a Spencer Foundation Small Research Grant to support his research on the experiences of undergraduate students in STEM majors… Read more 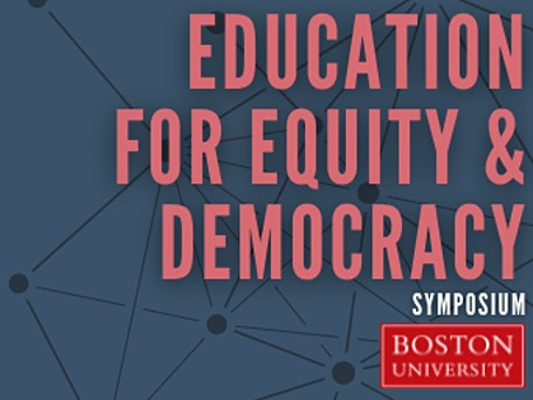