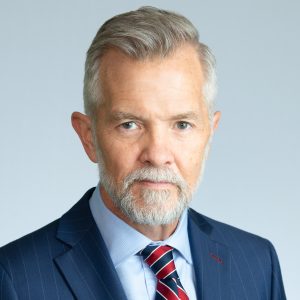 Prior to that, Dr. Chard served as dean of the Annette Caldwell Simmons School of Education & Human Development at Southern Methodist University (SMU), where he created a strategic vision focused on undergraduate and graduate programs built on evidence-based practice. Among his accomplishments at SMU were developing a qualified and diverse faculty, strengthening interdisciplinary collaborations, building new academic programs and fostering a positive culture. During his 10-year tenure, the Simmons School grew to include five departments with an operating budget of over $25 million and more than $60 million was raised in support of the school and its mission.

Prior to becoming dean, Dr. Chard was an active researcher focused on studying instructional practices that are most effective at meeting the needs of students with learning disabilities. He has directed or co-directed grants and contracts totaling more than $15.5 million. He has held faculty positions at Boston University, the University of Texas at Austin and served as associate dean in the College of Education at the University of Oregon. At Oregon, he oversaw curriculum and academic programs in the College of Education.

A frequent presenter at national and international education conferences, Dr. Chard has taught courses on behavior management, special education reading and writing, learning disabilities, and special education law. He has served on more than 30 doctoral dissertation committees in special education, communication disorders and sciences, literacy and language, school psychology, and cognitive psychology. He has published more than 100 articles, monographs, book chapters, and books. He is the author of numerous instructional programs on early literacy, language arts, and mathematics spanning K-12 education and has been a classroom teacher in California, Michigan, and in the U.S. Peace Corps in Lesotho in southern Africa.

Dr. Chard is a member of the International Academy for Research in Learning Disabilities, and has served in leadership roles in numerous professional organizations. In October 2011, Dr. Chard was nominated by President Barack Obama to serve on the Board of Directors of the National Board for Education Sciences (NBES). He was confirmed in 2012 by the U.S. Senate and was elected chair of the board in 2013. President Obama has announced his intent to appoint Dr. Chard to his second term to the NBES.

Researchers and practitioners—including teachers of the deaf, sign language specialists, and early intervention providers—will come together for the 4th International Conference on Sign Language Acquisition. Hosted this year by BU… Read more

A blog post by Nermeen Dashoush A little over a year ago, I found myself in a Zoom class with a director of preschools in Detroit, discussing educational technology. I… Read more