Music to My Ears

I love music—it is so special because it has the ability to evoke an indescribable feeling of inspiration, emotion, and hope that you can’t find in anything else. Recently, one of my hobbies has been finding singer/songwriter artists that have a lot of talent and not much recognition—I have found that some of the best artists are not those whose name appears in lights outside of a stadium.

Lucky for me, I have spent the semester in DC where one of its “claims to fame” is the music scene and I have been fortunate enough to stumble upon several wonderful artists while I have been here. The music and the atmosphere of the venues that I have come across compliment one another and make for quite the experience.

My favorite venue is Roofer’s Union in Adam’s Morgan. Roofer’s never charges a cover fee, so it is a fantastic place to go if you want to spend a night listening to great artists from the DC area as a college student. The venue itself is a three-story bar and restaurant (with very good mac & cheese) and a sensational selection of local craft brews. The top floor is a rooftop deck and has an incredible view of Adam’s Morgan. It is a great place to hang out on warm DC nights. The music is on the second floor, a space with an open floor plan influenced by the layout of a beer garden that has floor to ceiling windows overlooking 18th street. This is my absolute favorite venue to kick back with a couple friends and enjoy the live music. 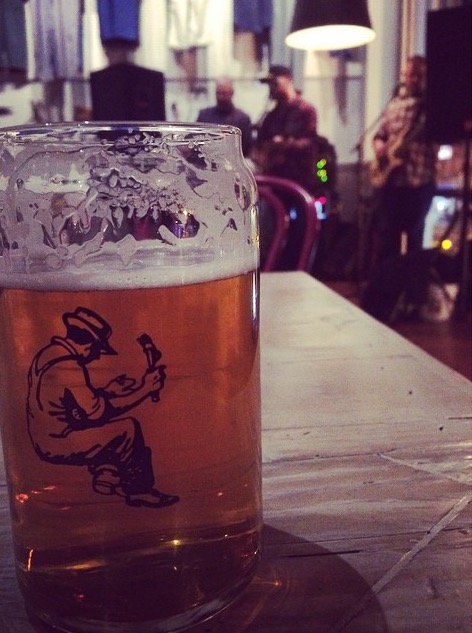 The first artist we saw at Roofer’s Union happened to be an ‘americana’ band called Justin Trawick and the Common Good. Americana is a blend of roots music with inspiration from folk, country, blues and rock and roll. The band took suggestions and played several covers, but his original material was unbelievable. One of my favorite songs by Justin Trawick is “Goodbye.” The song is a folk-inspired tune with relatable lyrics and a melody to which you can’t help but sing along. The first time I heard him play this song (yes, I am guilty of going to multiple Justin Trawick performances this semester), I instantly knew it was going to be a song that would be on repeat the following days.

Above all, Justin Trawick’s best song is called “All The Places I’ve Been.” This ballad is as contemporary as it is nostalgic, and is one of those songs that possess such a rare quality of ethos, intensity and true passion. He introduces it as a song inspired by the life of a fictional character that was in stories his family told him when he was young. The song recounts a lifetime through personal achievements and national tragedies, and could cause the most heartless to receive a chill up the spine.

Another one of the artists that has played at Roofer’s Union is Beatles cover band Dr. Robert and Penny Lane. While they only stick to covering Beatles songs, they are a great band to listen to while spending a night recovering from the busy workweek. They are Roofer’s Union regulars and play every few weeks. Highly recommended.

Another great venue I like is Ireland’s Four Provinces, which although located outside of DC in Falls Church, Virginia, is a high-energy Irish pub that hosts live music every Friday and Saturday night at 8 PM. The music is a mixture of traditional Irish folk songs and popular tracks such as ‘Brown-eyed Girl’ and ‘New York, New York’ by Frank Sinatra (one of my all-time favorite songs). The music is not too loud, so it’s the perfect place for a weekend dinner. 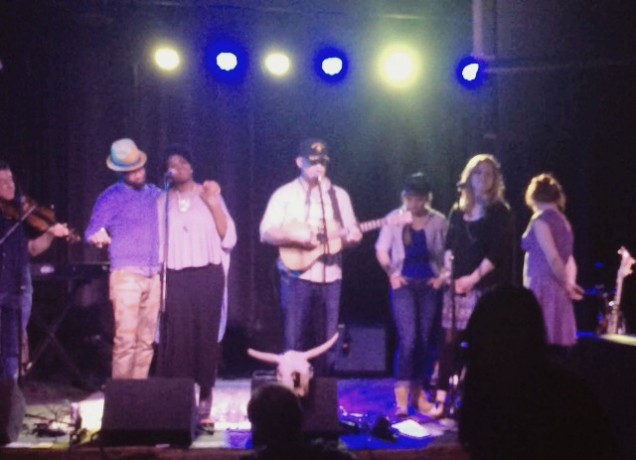 My final recommendation is hole-in-the-wall venue Gypsy Sally’s located on K Street. It does have a cover fee unlike Roofer’s Union, so I recommend a bit of research before committing, but they find some truly talented Americana acts. A friend from my internship invited me to come to a performance called “We Are The 9,” a part of the 9 Songwriter Series, coincidentally organized by Justin Trawick (remember him? You should). This gig was a great one to see. As part of the 9 Songwriter Series, Justin Trawick picks eight other local DC artists, giving each of them a 15-minute set. During the second half of the concert, members from each of the groups collaborated with each other, lending vocal or instrumental support to each other. The series promotes a community for the local artists, fosters artistic growth and allows the members to show off their greatest musical strengths. Gypsy Sally’s has a reputation of choosing gifted acts for music lovers to create memorable experiences. Here are my favorite of the “The 9:”

Cash & Earle: The female lead has unbelievable vocals- I Can’t Stop This Train

Brittany Jean and the Gingers: My friend’s sister is one of ‘The Gingers’ and plays the violin! I can’t find a group page for them, but I’ve linked it to the lead vocalist so definitely check out her page!

Jamie and James: These two have some great songs and are the definition of singer/songwriter. Check out their song ‘Maybe’!

There are endless music venues in DC, but these are some of my recent underground favorites.

Alyssa is a BU senior in the midst of figuring out a career plan, who loves adventure, Instagram, and everything French.

Apply to our Programs