The Rev. Carl Victor Bretz died on Oct. 4, 2020 while in rehab at Diversicare at Oak Ridge. He was a long time resident at Oak Ridge Commonwealth Senior Living. 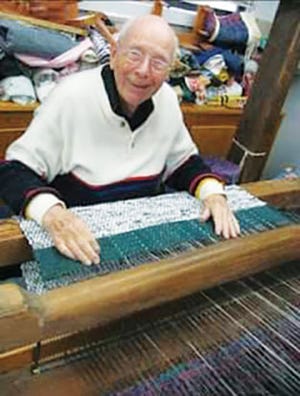 Carl was the only child born to John H. and Miriam M. Bretz in Cumberland County, Pa. He was born on Dec. 6, 1925, passing away just short of his 95th birthday.

He graduated from Marysville, (Pa.) High School in 1943 and was drafted into the Army at the height of World War II. He proudly served in the U.S. Army Corp. of Engineers from February 1944 until April 1946. His brigade was one of the earliest of U.S. troops to arrive in Nagasaki after Japan’s surrender. That experience has stayed with him forever.

The Rev. Bretz was ordained and fellowshipped into the Unitarian Universalist Ministry at Concord, N.H. in 1956. He worked as a chaplain in mental hospitals in Concord, N.H. and Mt. Pleasant, Iowa. He served as minister of the Harvard UU Church, in Harvard, Mass., from 1964 to 1972. He retired from the Alabama Dept of Mental Health, and lived in Tuscaloosa, Ala. He was Minister Emeritus of the Unitarian-Universalist Church of Tuscaloosa, Ala.

He began a serious avocation as a weaver in 1971, his passion and great talent. He joined the Weaving Group at the Appalachian Arts Center in Norris, Tenn., when he arrived in Oak Ridge in 1994. He was a regular participant until March of this year. Many people throughout Eastern Tennessee have some of Carl’s special weavings.

He is predeceased by his first wife and the mother of his children, Janice Miller Bretz-Howe, and his last wife Rosemary Burns. Both Carl and Rosemary were trusted leaders at the Oak Ridge Unitarian Universalist Church, promoting small group ministry and religious education.

Contributions may be made to the Oak Ridge Unitarian Universalist Church (ORUUC) for the Rosemary M. Burns Memorial Endowment fund at ORUUC, 809 Oak Ridge Turnpike, Oak Ridge, TN, in lieu of flowers.

A Memorial Service will be held at a later date at Oak Ridge Unitarian Universalist Church in Oak Ridge. Interment will be in the ORUUC Memorial Garden. Please remember Carl with  the special, kind and thoughtful ways he impacted others.

This obituary was originally published here, by the OAKRIDGER.