This obituary was originally published by the Hall-Kokotovich Funeral Home and can be found here. 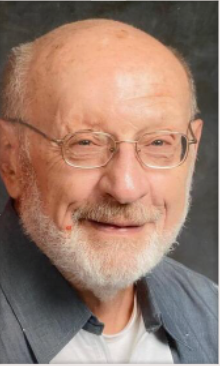 Charles Robert Marble, 84, of Gladwin (Sugar Springs), MI passed away unexpectedly at his home Tuesday, May 3, 2022. Charles was born in Detroit, MI on December 3, 1937.  He was the son of Robert Marble and Alice (Herring) Marble and the eldest of 3 children.  He grew up and attended high school in Detroit, MI.

Charles met the love of his life, Janice (Beckwith) Kennedy, at Westlawn Church in Detroit, Mi in 1963 and they married on August 9, 1964 in Dansville, MI.  Charles became an ordained United Methodist pastor in 1963 and served in the Detroit Annual Conference for 37 ½  years pastoring  churches in Detroit, Flint, Inkster, Bay City, Burton, Dixboro and Houghton Lake.   He spent many summers as a camp counselor and also facilitated many Emmaus Walks.  He retired in Sugar Springs with Janice in 2000.  After retirement he held four interim assignments in Poseyville, Gladwin, Beaverton/Dale and Pinconning.  Charles and Janice have developed an amazing network of lifelong friends over the years.

Charles was a man of faith, family and friends and passed on many of these wonderful values and traits to his family.   He touched and impacted the lives of countless people.   He was always intentional in his conversations making sure people knew just how much they were valued and that their life stories were important.  He took long walks almost every day and knew just about all of his neighbors within a mile or two radius.  He really enjoyed meeting and talking to people, taking interest in them and helping whenever he could.

He was an avid stamp collector, enjoyed traveling, running and walking, doing puzzles, watching the Tigers,  and in his earlier years, square dancing.  He always enjoyed attending his children and grandchildren’s sporting events and extra-curricular activities and these times were very precious to him.

Charles is preceded in death by his parents Alice Marble and Robert Marble, sister Carol Bryant and niece Dawn Lademan.

In lieu of flowers, please consider making a donation in Charles’ name that will be given to one of his favorite charities, of which he had many.

A Celebration of Life, in remembrance of Charles, is being planned for this summer.

Isaiah 40:11 – He tends His flock like a shepherd: He gathers the lambs in His arms and carries them close to His heart; He gently leads those that have young.