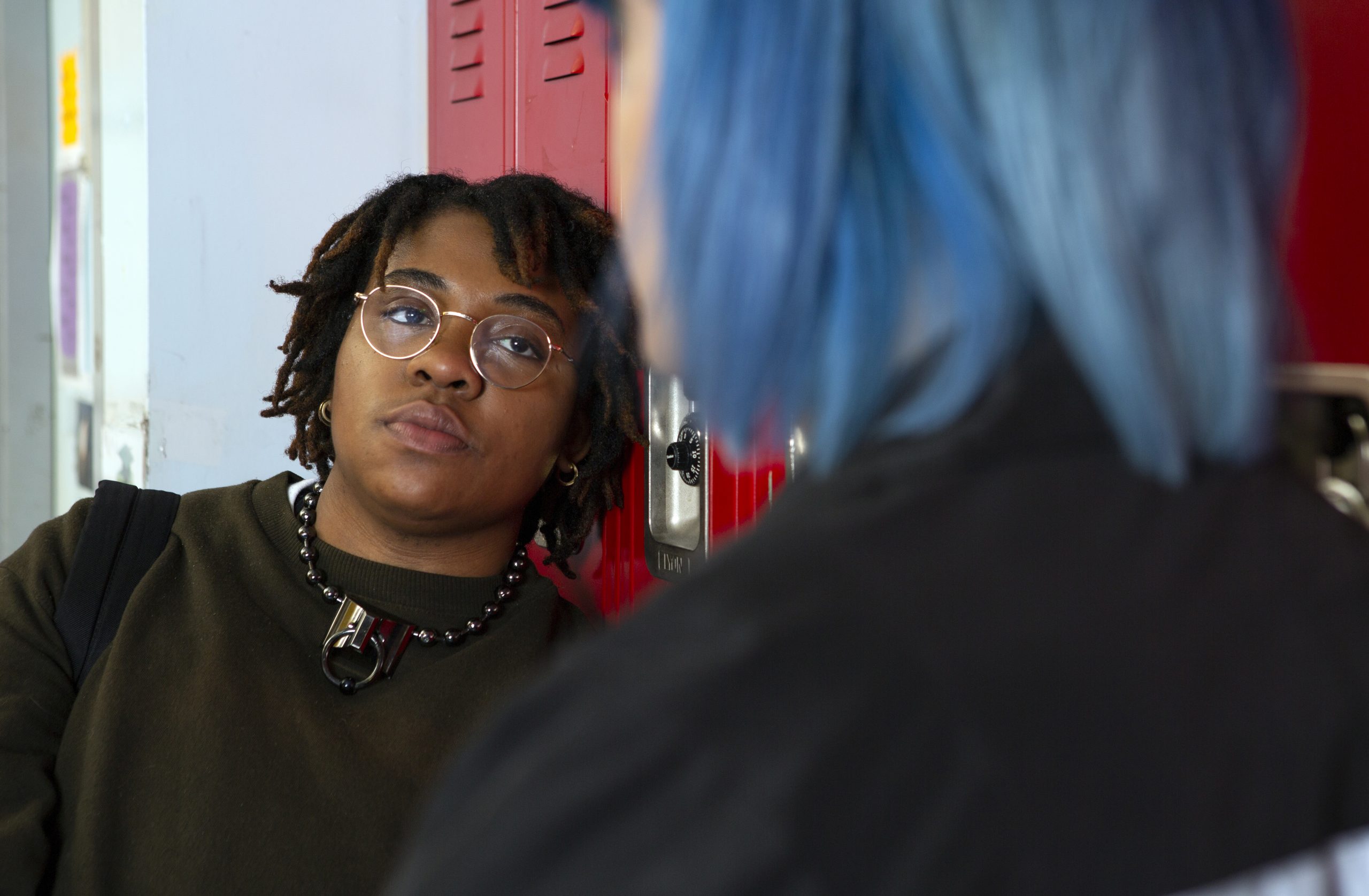 A new study coauthored by Sarah Lipson found that genderqueer/nonconforming students had the highest risk of developing an eating disorder. Researchers say colleges should implement inclusive policies that minimize this risk and support the wellbeing of all gender minorities.

College years are an important developmental period, and a time in which many students have the autonomy to explore gender identity, some for the first time. For transgender and gender-diverse (TGD) students—defined as people whose gender identity and/or expression exists outside of the cisnormative gender binary—this exploration may lead to an increased focus on body shape and distress from potential gender dysphoria.

A new study coauthored by a School of Public Health researcher has found that certain TGD college students, including genderqueer or gender-nonconforming (GQ/NC) individuals, and transgender men are at a heightened risk of developing an eating disorder (ED).

Published in the journal Annals of Epidemiology, the study also found that TGD students with minoritized sexual orientations (such as bisexual) or racial/ethnic identities were also more vulnerable to ED compared to heterosexual and White TGD students.

These findings underscore the unique and important role that colleges can play in recognizing and addressing ED risk among TGD students with intersecting and historically excluded identities, and in creating inclusive spaces and support for queer and trans students.

“Disordered eating—whether restricting, binging, purging—is often about control,” says study coauthor Sarah Lipson, assistant professor of health law, policy & management and principal investigator of the Healthy Minds Network (HMN), a research initiative that studies adolescent and young adult mental health. “Eating disorder risk can be exacerbated by situations that take the control and autonomy from individuals, as is the case with restrictive healthcare policies and practices that prioritize binary sex assigned at birth, rejecting gender identity and expression. Higher education has the potential to protect and empower students or to perpetuate this discrimination.”

The first-of-its-kind study fills a gap in research on the extent to which intersecting gender identity and sexual orientation are associated with ED among TGD people, and emphasizes the importance of recognizing TGD people as a heterogeneous group with varying social experiences and health challenges.

“Our findings suggest that social position and social identities intersect in important ways to influence eating disorder risk and thus it is imperative that we consider unique body image ideals, structural inequities, and discrimination that may contribute to these inequities,” says study lead author Melissa Simone, a researcher in the Division of Epidemiology and Community Health at the University of Minnesota (UM) School of Public Health. “When we ignore these nuances and instead examine trans young people as a single, homogenous group, we may perpetuate harm by erasing the distinct experiences and barriers experienced by trans college students with intersecting, minoritized identities.”

For the study, the researchers analyzed data from the HMN’s Healthy Minds Study, an annual, web-based survey about mental health in undergraduate and graduate students. They examined variability in the prevalence of ED risk and self-reported diagnoses of ED across subgroups of TGD college students at 199 US colleges from 2014-2019. The results reveal several within-group differences in ED risk and self-reported ED diagnoses and suggest that TGD college students whose gender identity and/or sexual orientation fall outside of the cisnormative gender binary may be particularly at risk for developing ED.

Colleges and universities need to recognize the system-level risk factors that shape the wellbeing of trans and nonbinary college students.

These findings may be explained in part by the minority stress theory, a framework coined by the late social epidemiologist Virginia Brooks, which argues that exposure to cultural, social and economic stressors can increase stress and worsen mental health among individuals with one or more minoritized social identities. More specifically, the researchers point to “intraminority stress”—a unique stress that is associated with systems of power, privilege, and social status within LGBTQ+ spaces based on multiple social identities that diminish access to LGBTQ+ community connectedness and negatively impact psychological health.

“it is possible that genderqueer and nonconforming college students are particularly vulnerable to eating disorder behaviors because of their exposure to unique forms of stigmatization and discrimination in LGBTQ+ community spaces [i.e., intraminority stress] and in the heteronormative, cisgender society [i.e. traditional minority stress] because their gender identity and/or expression exist outside of binary gender norms,” Simone says. “Similarly, we may see higher eating disorder risk among non-monosexual [e.g. bisexual, queer] trans and gender-diverse college students in part because of unique experiences of discrimination and oppression, such as biphobic discrimination and bierasure, in heteronormative and LGBTQ+ spaces. The potential relevance of intraminority stress is important to consider as targeted preventive eating disorder interventions that are integrated into LGBTQ+ community spaces may inadvertently fail to reach those at greatest risk.”

With this understanding, there are several courses of action that colleges can take to support and reduce ED risk among all TGD students, Lipson says.

“Colleges and universities need to recognize the system-level risk factors that shape the wellbeing of trans and nonbinary college students and seek to create campus environments that are protective and allow students to flourish,” she says. “At the campus-level, prioritizing inclusive policies like accessible name change policies [to prevent students from being dead-named or misgendered] and gender-inclusive restrooms is one essential step that allows students to live as their true selves. Protecting and empowering students—in combination with trauma-informed resources and trans-inclusive mental health support—can reduce enormous mental health inequalities that currently exist in trans and nonbinary populations.”

The researchers also point out that eating disorder research and prevention programs have historically centered a White, cisnormative “thin body image ideal” that is not relevant for a majority of the population. Studies that seek to gain a deeper understanding of the body image ideals, body image pressures, and mechanisms contributing to eating disorder onset among trans and gender-diverse young people is critically needed, Simone says.

“The historical emphasis on white, heterosexual, cisgender women has also shaped the perceptions of and assessments for eating disorder risk, which may be detrimental to trans and gender-diverse college students who struggle with eating and weight concerns during their time in higher education settings,” they say. “Relatedly, we know that body image ideals widely vary by racial and ethnic identity and thus, more nuanced, intersectional research is needed to describe the lived experiences of Black and Indigenous trans and gender-diverse young people and other trans people of color.”