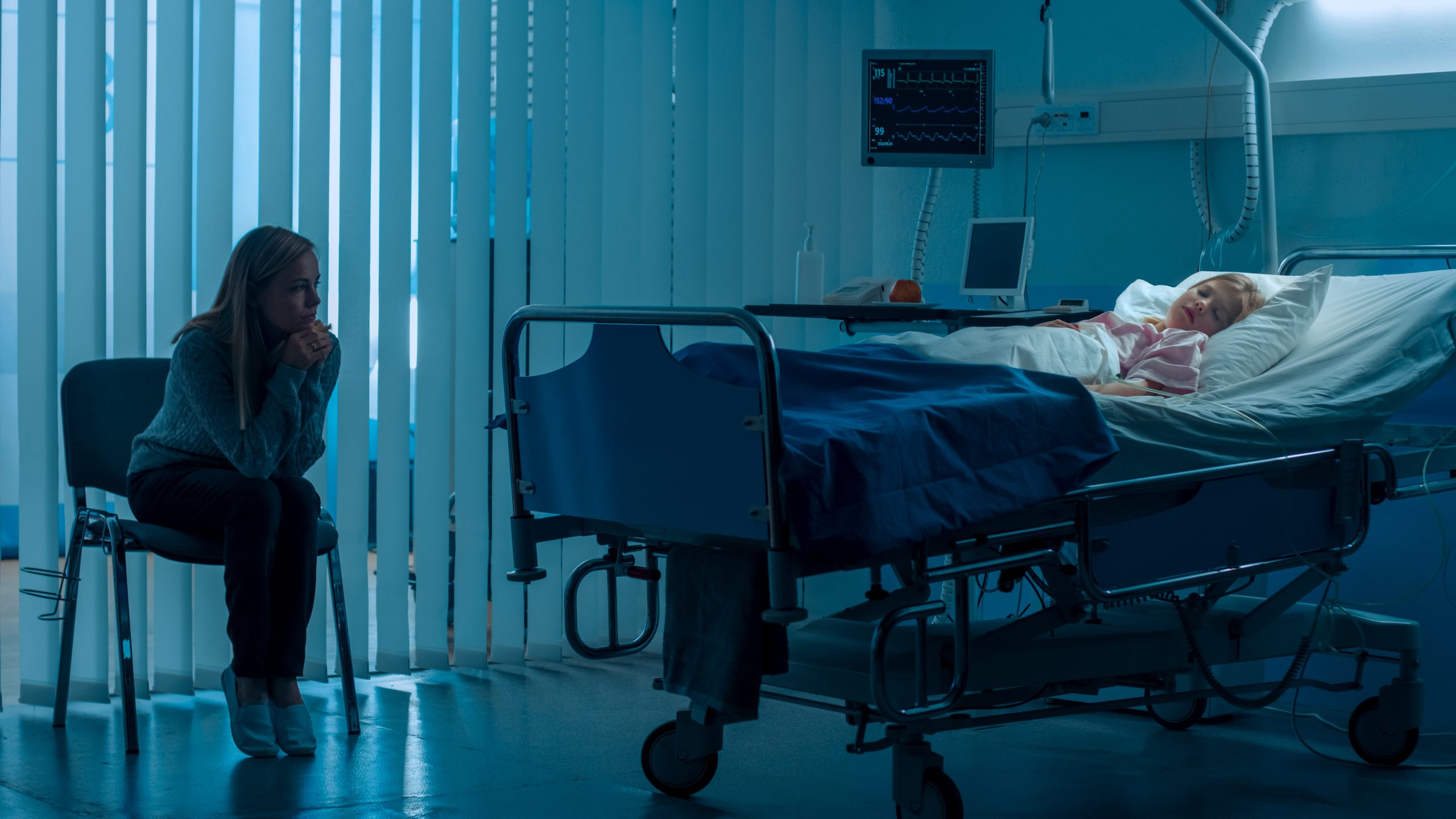 “With time, this, too, will pass,” says Christopher Gill, as he explains the likely factors behind the collision of viruses exploding across the US and globe.

A surge of respiratory viruses continues to sweep across the country, amid a holiday season in full swing, few to no pandemic measures in place, and the start of winter still days away.

This “tripledemic” of influenza, COVID-19, and respiratory syncytial virus (RSV) infections has completely overwhelmed many pediatric and adult hospitals, disrupted attendance at school, daycare, and work, and left families feeling weary and anxious about how to keep their loved ones safe from repeated sickness, particularly as the colder months drive more people indoors and create ideal conditions for viruses to spread.

This surge of illnesses is not only occurring at higher rates this year, but also well ahead of the typical seasonal spike. RSV cases are as much as 60 percent higher than the virus’ peak in 2021, and flu hospitalizations are the highest they’ve been in a decade. RSV is common—most people have had it at some point in their lives—and it typically causes mild symptoms at most, but young children, the elderly, and immunocompromised people are most at risk for severe complications.

In optimistic news, Centers for Disease Control & Prevention Director Rochelle Walensky noted recently that RSV cases appear to be peaking in some parts of the country, including the South. But the virus is still spreading at crisis levels in many areas, and it is the only virus among this current triple threat for which there is no vaccine.

A variety of pandemic-related factors are driving this new surge, says Christopher Gill, professor of global health, who studies global pediatric transmission of RSV and other infectious diseases, and who is a principal investigator of the largest post-mortem RSV surveillance study of its kind in Lusaka, Zambia.

“Due to the COVID-19 restrictions—social distancing, masking, hand hygiene—we were able to slow the transmission of the SARS-CoV-2 virus,” Gill says. “But these interventions were effective against many other respiratory viruses that share the same patterns of transmission, including influenza and RSV. What we seem to be experiencing is somewhat of a rebound due to the convergence of these factors.”

As we prepare for winter’s arrival and additional gatherings with family and friends, Gill spoke further about RSV and the challenges of this triple viral threat, as well as how we can stay safe in the months ahead.

Why are we seeing this early and abnormally high prevalence of RSV and other viruses this year? Is there truth to the concept of “immunity debt?”

Gill: The first thing to understand is that from our first moments out of the womb, and in some cases before that, we are constantly exposed to an ocean of pathogens. The good news is that our immune systems are designed to respond to these exposures by developing effective immune defenses. This process is often cumulative—i.e. the maturation of immune responses is reflective of multiple exposures over time. For some pathogens, however, the immune responses tend to either be quite short-lived, or—as we have seen with COVID-19 recently and for influenza for far longer—the pathogens may mutate into new strains that differ enough from their parent strains that they will appear as ‘new’ to the immune system and, hence, evade previously established immune defenses.

The second point to consider about why RSV seems so bad this year is actually to understand the factors that create a seasonal pattern for RSV and other respiratory viruses in the first place. From that point of understanding, we can start to consider what has changed recently. As we all know, there are times of the year when diseases such as RSV and flu are very common, and times when they rarely happen at all. This seasonality is obvious, but what drives this process is less obvious. Some of this seems to be explained by seasonal changes in temperature and humidity. And in parts of the world where these are more constant year-round, the seasonal impact on transmission of respiratory viruses is often reduced.

It’s also hard to overemphasize how important social and structural factors are for disease transmission. Respiratory viruses love it when we get closer together. They love it when air circulation is poor and they can concentrate in indoor spaces. If we think about our efforts early in the pandemic to ‘flatten the curve,’ those were all examples of changing of social factors and conditions to reduce transmission through non-pharmacologic means. And they were effective, if not sustainable, in the long run.

A third point is what makes some RSV seasons worse than others. This is also a complicated answer. It is partly explained by the viruses. If the viruses are very “new” and good at evading immune responses from earlier exposures, generally this favors more disease transmission.

And a final, but very important, factor is the level of herd immunity. What proportion of our population is immune to the pathogen from vaccines or prior exposures? And an important element of that is the constant addition of new individuals into a population that lacks such immunity—such as newborn babies.

In the current case, all of these factors seem to come into play. Due to the COVID-19 restrictions, in the past several years, we saw major declines in the incidence and impact of RSV and influenza. That was good, but also meant that the population was NOT acquiring as much herd immunity to those other viruses. At the same time, infants were still being born and adding to the population of susceptible individuals. The result was a bit like winding a clock spring too tightly, because now the rebound has been much more severe than in typical years. While this is a bit of a simplification of a very complex process, our best guess is that we are now in the midst of a planet-wide rebound of viral transmission. This is particularly for diseases that mainly affect young infants, such as RSV.

How worried are you about these surges—and the continued burden on hospitals—in the weeks and months to come?

Gill: This is a major challenge. We design our hospitals in anticipation of “typical need,” plus a certain degree of surge capacity. But now we are experiencing a lot of surge, and are finding that it exceeds capacity in many cases. Pediatric ICUs are filling up and ERs are overwhelmed by patients.

But it is not just limited to hospital capacity. We are seeing shortages of common antibiotics, such as amoxicillin, due almost entirely to increased demand—some justified, due to increased rates of ear infections, for example, that may be directly or indirectly caused by diseases such as RSV. Some shortages, however, are not justified, as we tend to over-prescribe antibiotics for viral infections. At the same time, there are massive shortages of pediatric formulations for Tylenol and ibuprofen, both of which are used to manage achy, feverish kids in the community. Canada is having the same problem.

I have no predictions about how long this will last. But it will not last forever. Eventually this outbreak will contain itself, due largely to exhaustion of the pool of susceptible patients. Whether different viruses can promote or interfere with each other is interesting to speculate on, but I rather doubt that we have much more than opinions at this point.

Unlike low and middle-income countries, we largely have the tools to detect and manage symptoms for RSV in the US. How can we improve our public health response to better address this current spike in cases?

Gill: This is a very challenging issue. Obviously, non-pharmacologic interventions such as masking would reduce the spread of RSV. But at the same time, the use of such measures is why we are currently in this situation, and so, long-term, that doesn’t seem like the best pathway back to our usual steady state. On top of which, the group most affected by RSV are infants, for whom wearing masks is not a very realistic solution.

If we recall our efforts to flatten the curve for COVID-19, those were introduced partly to reduce pressure on the medical system to allow the caseload to be spread out and thus be more manageable, and as an effort to buy time while vaccine development was underway. Ultimately, the main solution to the RSV surge will have to be immunological to be a long-term pragmatic solution.

Where do we stand in the development of an RSV vaccine and how can we encourage vaccine uptake once it’s available?

Gill: The past few years have shown us a couple of ways forward. The first is that it appears that an experimental vaccine against RSV given to mothers during their third trimester can generate high levels of protective antibodies that transfer over the placenta into the baby, providing several months of protection. This only delays the need for a baby to develop their own immune defenses, but it provides a bridge through the first 3-6 months of life, when nearly all RSV deaths are concentrated.

In similar fashion, there are highly effective monoclonal antibodies in late-stage clinical development that could be given to infants after they are born, achieving the same effect of robust, albeit temporary, protection during the most vulnerable first few months of life. There is potential that vaccines could be developed to give to infants allowing them to develop their own immune responses, but it is unclear whether such a vaccine would work in infants at all, and even if it were possible, we are many years away from that goal. In the near term, the maternal vaccine and monoclonal antibody strategies appear quite promising and would go a long way to reducing the most severe consequences of RSV in young infants. Both are currently seeking regulatory approval.

What advice would you give to parents/caregivers trying to protect themselves and their families?

Gill: Parents are really in a difficult position here, caught in-between the proverbial rock and a hard place. Our lives depend on childcare to allow us to work and support families. Yet, for young infants, childcare settings are ideal for the transmission of viruses such as RSV. This is true for a host of other common infections that parents become familiar with: norovirus, pink eye, strep throat, ear infections, hand, foot, and mouth disease, and on and on. Masks aren’t really a very good option, and it is not realistic to encourage children in daycare to practice hand hygiene or social spacing. So our options are, one: pay someone to mind our children outside of daycare to try and avoid these pathogens; or two: accept that these infections are the price we must pay for daycare. The good news is that most children of daycare age are unlikely to suffer very serious complications of any of these diseases. Of the list I provided, all are either treatable/manageable or self-resolving with time. So for the time being, I think we have a rough few months ahead of us, but the best we can do is be prepared for a bumpy ride ahead. With time, this, too, will pass.