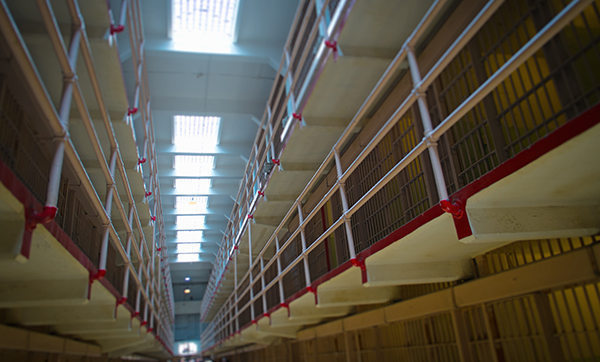 The Global Rise of Tuberculosis in Prisons

Globally, people who are incarcerated experience higher rates of tuberculosis than the general population—particularly in South America, where TB cases have increased by 269 percent in the past two decades.

Tuberculosis (TB) is the leading cause of death by infectious disease worldwide, killing more than 1.5 million people on average each year. Despite small declines in the rate of global infections, new studies by a School of Public Health researcher reveal an increasing global burden of TB among people who are incarcerated, as well as persistent disparities in TB between incarcerated people and the general population.

One of the studies provides the largest compilation of data to date on an infectious disease among incarcerated people. Published in The Lancet Public Health, the study found that people who are incarcerated remain at high or rising risk of contracting TB infection and disease and are disproportionately impacted in comparison to the general population across all geographic regions—with the highest rates of infection occurring in prisons in Africa, South-East Asia, and South America.

These high rates of TB spread threaten to thwart global control targets of an 80 percent decrease in the rate of TB (from 2015 levels) by 2030.

The study did not examine why certain regions experience elevated tuberculosis rates, but the reasons behind those increases are likely multifactorial, says Leonardo Martinez, assistant professor of epidemiology and one of the lead authors of the study. “Some potential explanations may be increased crowding within prisons in certain regions, as well as tuberculosis incidence in the general population, and health interventions that vary from region to region.”

In the study, which was co-led by Olivia Cords of Stanford University, the researchers reviewed 159 studies that assessed the prevalence and rates of TB infection and disease in prisons globally from 1976 to 2020. They found that TB infection rates among incarcerated people were greater than 15 percent in Nigeria, Columbia, and Iran, and more than 25 percent in Brazil, which are all in regions that experienced significant increase in the incarcerated populations—by 29 percent in Africa, and by 38 percent in Asia.

These results suggest that prisoners are at high risk of developing tuberculosis in every global region, and should be prioritized for tuberculosis screening. Moreover, the researchers say, high rates of TB in prisons are also a threat to the general population.

“Sadly, in many societies, people diminish the humanity of incarcerated people, and I think part of this has to do with the fact that incarcerated people are ‘out of sight, out of mind,’” says Martinez. “Our research shows that there is often tuberculosis transmission ‘spillover’ from prisons and other incarcerated facilities into the broader community, highlighting the interconnectedness between incarcerated populations and the general population.”

A second study that Martinez co-led along with Katharine Walter of Stanford University, took a closer look at the rise of TB among prisoners in central and South America. Published recently in The Lancet, the study found that incarceration rates in these regions rose by 206 percent since 2000—and that TB cases among incarcerated individuals during this same time period rose by 269 percent.

“We believe the drastic increases in incarceration rates over the past decade in many Central and South American countries is a significant contributor to the sharp rise in tuberculosis cases among incarcerated people in these countries,” says Martinez. Health care is a human right, and when tuberculosis and other diseases go unchecked in prisons, incarcerated persons are deprived of this right.”

In central America, El Salvador experienced the highest increase in TB in prisons, while in South America, Brazil accounted for more than 45 percent of the increase in cases from 2011 to 2017.

He says decarceration could be an effective preventive effort to reduce the rising rates of TB in prisons—a strategy that has been implemented as part of COVID-19 responses across the globe, with some success.

“In many countries, a substantial proportion of incarcerated people are pre-trial detainees who have not been convicted of any crime,” Martinez says. “Decarceration would help with overcrowding—a major factor for infectious disease spread. Other interventions can include mass tuberculosis screening or preventive therapy, however, how to optimally conduct these interventions in prison settings requires further empirical research.”

The study in The Lancet was co-authored by Denise Arakaki-Sanchez of the Ministry of Health of Brazil; Victor G. Sequera and Alberto L. García-Basteiro of the Universitat de Barcelona; G. Estigarribia Sanabria of El Instituto Regional de Investigación en Salud; Ted Cohen, Albert I Ko, and Julio Croda of the Yale School of Public Health; Zulma Vanessa Rueda of the University of Manitoba; and Rafael A. López-Olarte and Marcos A. Espinal of the Pan American Health Organization.

The Global Rise of Tuberculosis in Prisons