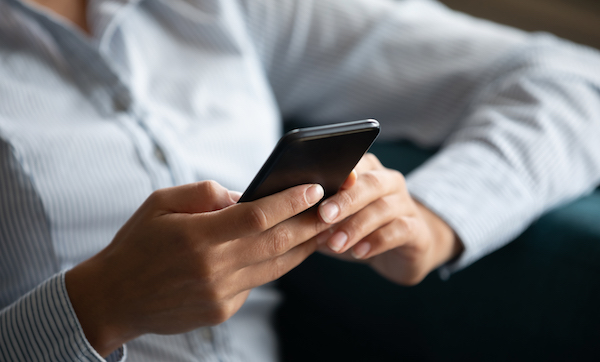 A School of Public Health study involving participants in the Framingham Heart Study suggests that mobile application-based surveys are a reliable method for collecting health data.

With more than three billion smartphone users worldwide, mobile technology has transformed almost every industry, and healthcare is no exception.

Health providers and researchers have increasingly turned to mobile devices to study and gather data. While mobile apps can be a feasible tool to collect health data—particularly as physical distancing measures during the COVID-19 pandemic limited the ability to collect information in person—some studies have suggested that mobile-based studies yield low adherence, which poses a challenge for researchers to collect reliable data through apps on smartphones and wearable devices.

A team of SPH researchers recently sought to understand more about the reliability of app-based health data in a recent study that examined the agreement of health data collection on mobile devices versus data collected by traditional (in-person) research methods.

Published in the Journal of Medical Internet Research, the study utilized participants in the Framingham Heart Study (FHS), an ongoing heart disease study that began in 1948 in a partnership between Boston University and the National Heart, Lung, and Blood Institute. An electronic cohort of FHS was formed in 2016 by researchers at SPH, FHS, the School of Medicine, and the University of Massachusetts Medical School, with a goal to identify new cardiovascular disease risk factors in participants using a mobile app, a digital blood pressure cuff, and a smartwatch.

For the study, the researchers engaged participants in the eCohort who also participated in the traditional FHS examinations to investigate adherence to mobile app-based FHS surveys in comparison to the traditional surveys administered in person at the research center.

“Our goal was to compare the electronic surveys with the traditional surveys and understand how reliable these surveys are,” says Chathurangi H. Pathiravasan, a postdoctoral associate in the Department of Biostatistics and author of the manuscript. “An advantage of the electronic Framingham Heart Study (eFHS) is that it’s embedded in traditional epidemiologic cohort, so we had the opportunity to compare the same surveys in two setting (mobile app vs in-person Research Center). That isn’t common in research, because most e-cohorts are not embedded in traditional cohort.”

Importantly, “study design provided us opportunity to compare eFHS participants to FHS participants who declined enrollment in eFHS to understand the generalizability of the sample,” she says.

Participants completed nine surveys at the baseline, and then additional follow-up surveys every three months for a one-year period, asking a range of health and biometric questions, plus questions about physical activity, depressive symptoms, and alcohol use.

The researchers found that the eCohort was much more engaged at the start of the program, with 89 percent of participants completing the baseline surveys with more than 75 percent of the survey questions completed within each survey. The response rate decreased over time, but remained high in comparison to other eCohorts.

They found that there was “moderate to high agreement” between the answers collected in the app-based surveys and the in-person surveys using standard protocols across a range of measurements, including physical activity, depressive symptoms, and alcohol intake. Thus, they believe that these mobile app-based surveys could provide reliable data.

Pathiravasan noted that the high response rate in the app-based surveys could also be a result of the study’s “loyal participants who are highly committed and active within FHS, and may have a strong connection with the research.” The study also allow participants to gain insight about their own health, she says.

“We concluded that these three surveys are comparable and provide reliable information,” Pathiravasan says. “This form of data collection could possibly be used in studies with hard-to-reach populations, and could reduce the cost of traditional studies by using mobile devices.”

The eFHS is funded through awards from the Robert Wood Johnson Foundation and the National Heart, Lung, and Blood Institute